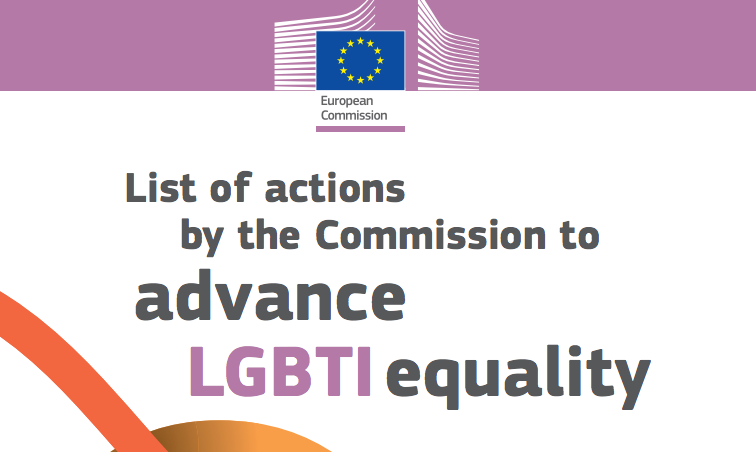 June 21, 2016 (LifeSiteNews) – The 28 member states of the European Union reached a broad agreement Friday in support of “LGBTI equality” that will promote the homosexual activist cause across Europe, monitor LGBT rights in European countries, and “combat discrimination on the grounds of sexual orientation and gender identity.”

According to the homosexual news agency Pink News, this is the first time that all 28 member states have reached such an agreement to promote the homosexual cause.

Under the agreement the EU’s Commission for Justice, Consumers and Gender Equality will monitor “the situation of LGBTI people in the European Union and beyond” and report back regularly to the EU, according to Commissioner Věra Jourová.

The Council can take these actions “while fully respecting the Member States' national identities and constitutional traditions as well as the competence of the Member States in the field of family law,” the agreement stated.

Starting in 2016, the European Commission will evaluate LGBT-related laws across Europe annually.

The agreement also says that states should “reinforce and continue to support the action of institutional mechanisms, including national Equality Bodies, which are crucial instruments for the non-discrimination of LGBTI persons, as well as that of the European Network of Equality Bodies (Equinet).”

“The Treaty on the Functioning of the European Union (TFEU) provides that the Union shall aim in all its activities to eliminate inequalities and to combat discrimination on various grounds, including sex and sexual orientation, when defining and implementing its policies and activities and empowers the Council to take action to combat discrimination on those grounds,” the Council’s agreement stated.

Malta, Sweden, Denmark, Austria, Belgium, Greece, Luxembourg, and Portugal all signed a statement saying the EU needs to go even farther in its work to protect the “human rights of LGBTI persons.”