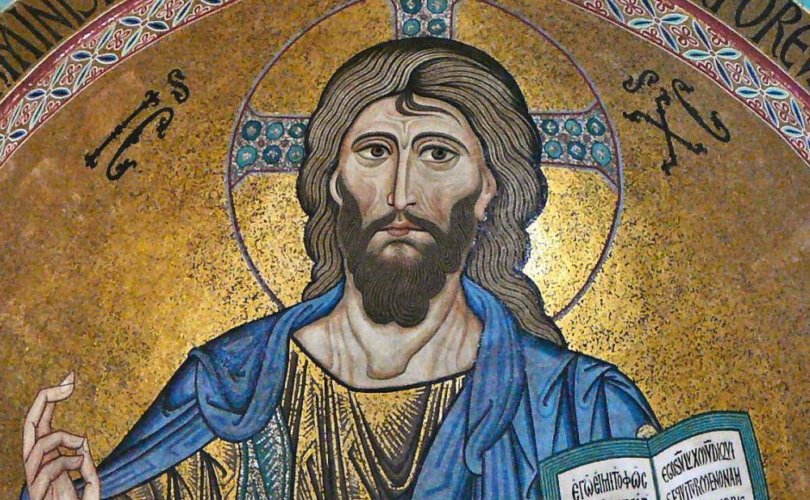 December 23, 2017 (LifeSiteNews) — There’s an all-too-cliche saying that history is written by the victors. The meaning is that after a conflict has taken place, the winners are able to portray themselves as heroes while characterizing their opponents as villains whose ideas are to be cast into the abyss never to be heard from again.

It has been argued by not a few individuals that the defeat of Germany during World War II and the fall of the Berlin Wall in 1989 meant any governing philosophy not named liberal democracy was destined for what Ronald Reagan once called “the ash heap of history.”

The past twenty or so years has proven that theory false. The rise of Islamism, democracy’s devolution into despotism via a Deep State that spans multiple continents, and liberalism’s increasing hostility towards religion suggests the convulsions mankind experienced in the 1900s have not yet come to an end.

Furthermore, the resurgence of anti-globalist, some might say anti-liberal, attitudes currently sweeping Europe indicate Christians are no longer willing to sit idly by as their heritage is torn apart under the guise of tolerance.

Essential to a proper understanding of human events is the recognition of the social ramifications of the birth of Jesus Christ. As Pope Pius XII once remarked, “it is impossible for anyone to expound fully and impartially the history of events and institutions without the light of Christ and His Church shining clearly forth in superhuman brightness.”

In the 21st century, partisans of liberalism, in an attempt to accomplish what their Communist forefathers could not — namely, eradicate from existence the Catholic faith — will often assert that supporting same-sex ‘marriage’, promoting transgender ‘rights’, expanding abortion, and the like, places oneself on “the right side of history.”

Fr. Denis Fahey, an Irish priest whose books on economics and politics are a must read for any Catholic interested in the subjects, wrote as much in the 1940s:

After its miserable fall from God, the Creator and the Giver of heavenly gifts…separated into two diverse and opposite parts, of which the one steadfastly contends for truth and virtue, the other of those things which are contrary to virtue and to truth.

The one is the kingdom of God on earth, namely, the true Church of Jesus Christ, [who] serve God and His only-begotten Son with their whole mind and with an entire will.

The other is the kingdom of Satan, in whose possession and control are all who follow the fatal example of their leader and of our first parents, [as well as] those who refuse to obey the divine and eternal law, and who have…contempt of God

In effect, what Fr. Fahey is saying is that Christ is the King of history. He is the true victor, the victor o’er the grave. It is His birth that all things are ordered to, and it is His story that will ultimately prevail over the varied schemes fallen, pride-filled man concocts in order to maintain power and justify his errant behavior.

Christ’s Kingship imposes itself upon the nations of the world no different than the law of gravity imposes itself. St. Cyril of Alexandria says “Christ has dominion over all creatures, a dominion not seized by violence nor usurped, but his by essence and by nature.”

Pope Pius XI, in his 1925 encyclical Quas Primas, echoes those remarks. “His kingship is founded upon the ineffable hypostatic union. From this it follows not only that Christ is to be adored by angels and men, but that to him as man angels and men are subject, and must recognize his empire.”

Christmas, therefore, is not just another time of year. It is not just a feel good season where we get excited about Bing Crosby songs and sipping spiked eggnog while watching National Lampoon's Christmas Vacation for the 100th time. It is the solemn yet joyful celebration of God becoming man, redeeming him, and calling upon each person — and nation — to share in His glory by living according to His laws.

Let 2018 be a year where this becomes a reality. Let it be the year where Christians zealously follow through on their heavenly duty to go forth and teach all nations the truths of the Gospel.