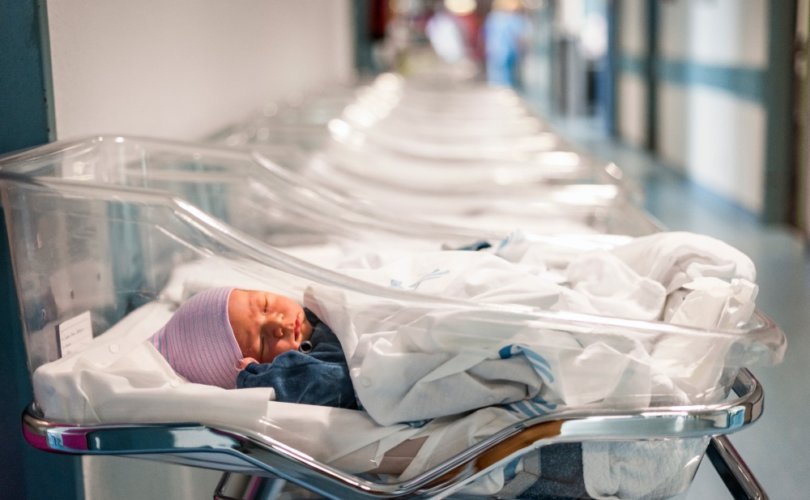 (LifeSiteNews) — Warnings of population decline have entered mainstream commentary in recent months and years. Tesla founder Elon Musk has consistently warned that declining birth rates present “one of the biggest risks to civilization.”

Last week, a column published by Bloomberg also picked up the thread, explaining that the long-observed population slump in Japan is an ”early signal of the same problems that are coming for everywhere else.”

“All rich countries will contend with this crisis,” he said.

Almost every country in Europe lies below the 2.1 total fertility rate level needed to maintain the population, with countries including Croatia, Portugal and Greece all set to lose similar levels to Japan over the next three decades https://t.co/5tJj48zZhI

In the June 21 article, Reidy remarked, “The world has an obsession with Japan’s shrinking population. Each year, news that the country is a little bit smaller can reliably be called upon for column inches, which tend to examine it as a Japanese mystery.”

But Reidy said that problem isn’t exclusive to the small Asian nation, which hasn’t had a Total Fertility Rate [TFR] “above 1.5 in more than three decades.”

Not just a Japanese problem

Below-replacement-level birth rates in Japan are mirrored in other countries around the globe, which are also seeing their fertility rates plummet in recent years.

RELATED: Demographic experts warn that the world should fear population collapse and not overpopulation

Despite having maintained a stable birth rate throughout prior decades, for example, the U.S. birth rate has fallen a staggering 20% since 2007. Other countries reporting birth rates well below the rate of replacement include China, Japan, Russia, Brazil, Bangladesh and Indonesia.

While Reidy said it’s difficult to pin down the factors directly contributing to low birth rates in Japan and other countries, he suggested reasons could include a reported decrease in sexual involvement among young people, along with an uptick in women working outside the home, “enabling women to delay marriage or not marry at all, according to one report.”

“Perhaps the one thing that unites countries with low TFR is that they tend to be wealthy, even if wealthy countries don’t necessarily have below-replacement levels,” he suggested.

While warning that the fertility crisis isn’t strictly a Japanese problem, Reidy didn’t make mention of any of the potentially controversial social conditions that likely contribute to the phenomenon worldwide.

Research shows that fertility rates around the world have suffered a sharp decline after the widespread normalization of contraception and abortion in recent decades, spurred on by deliberate global population campaigns and major social changes.

A 1992 report by the World Health Organization (WHO) found that over a span of a few decades, contraceptive use among married women went up 9%, leading to “a considerable fertility decline.” According to the report, the TFR in developing countries dropped from 6.1 between 1965-1970 to just 3.9 in 1985-1990.

An analysis of the report suggested that “Had the global campaign to increase access to family planning (FP) services had been delayed just 10 years, there would have been more than 400 million more people on the planet than there are now.”

Meanwhile, the WHO estimates that roughly 73 million babies are killed in induced abortions every year worldwide. In the U.S. alone, approximately 63 million American babies have been killed in the womb since the U.S. Supreme Court ruled in Roe v. Wade that there was a “constitutional right to abortion” in 1973.

In addition, social issues like “climate change,” rising economic costs and a drop-off in traditional religious teaching regarding sexuality and fertility have notably encouraged people – especially in developed countries – to put off having children or strictly limit their family size.

Low birth rates, not overpopulation, pose a risk to civilization

In an April interview, Musk said that despite assessments from experts and climate activists, it’s low birth rates, not overpopulation, that pose a risk to the future of civilization.

“Most people in the world are operating under the false impression that we’ve got too many people. This is not true. Earth could maintain a population many times the current level. The birth rate has been dropping like crazy.” — @elonmusk pic.twitter.com/5BpOYThLRM

“Most people in the world are operating under the false impression that there are too many people,” Musk said. “This is not true.”