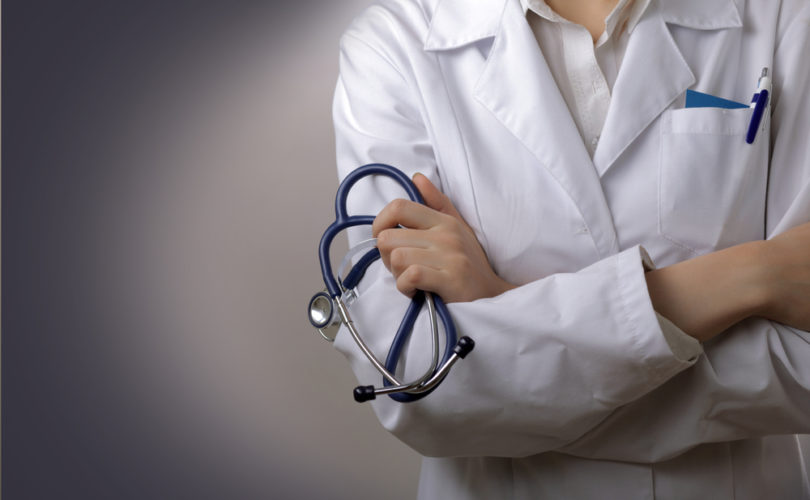 REGINA, Saskatchewan, January 28, 2015 (LifeSiteNews.com) — Saskatchewan pro-life doctors will soon be forced to act against their consciences and required to refer patients who want treatments such as abortion to other doctors. And if no other doctor is available, doctors could be required to do abortions provided they are technically competent.

So says a draft policy of the Saskatchewan Physicians and Surgeons that the organization’s ruling council approved in principle on January 16.  It will vote again to enshrine the document in the professional code of ethics at its meetings on March 26 and 27, and provides member doctors just until March 6 to give feedback.

Sean Murphy of the Protection of Conscience Project, who has tracked conscience rights since 1999, said the policy is unprecedented outside Quebec—and that is a good thing. “It is incoherent and contrary to sound public policy,” Murphy told LifeSiteNews, “to include a requirement to do what one believes to be wrong in a professional code of ethics. It is also an affront to the best traditions of liberal democracy, and, ultimately, dangerous.”

The draft policy first mandates that doctors refer patients whom their conscience prevents them from treating to a doctor who will provide the treatment, then states, “When a referral to another health care provider is not possible without causing a delay that would jeopardize the patient’s health or well-being, physicians must provide the patient with all health services that are legally permissible and publicly-funded and that are consented to by the patient.”

“That means euthanasia if it is legalized,” Murphy said. Technically, it also applies to abortions right now. But he added, “Most doctors could avoid doing abortions on the grounds they have no experience and it would endanger the woman.  Those pushing for this requirement insist they don’t want it to be applied to abortion for just this reason. But it will put pressure on medical schools to require all students be taught how to do abortions.”

Ontario’s College of Physicians and Surgeons has already approved a draft policy requiring its members refer those seeking abortions or contraception to other practitioners and also stating they “must provide care that is urgent or otherwise necessary to prevent imminent harm, suffering, and/or deterioration, even where that care conflicts with their religious or moral beliefs.”

Quebec already requires referrals.  But no other Canadian provinces have any requirement to refer or to perform operations they believe are murder.

“What Saskatchewan appears to have done,” said Murphy, “is cut and paste virtually verbatim the model conscientious objection policy advanced by the Conscience Research Group.” This is a group of Canadian pro-abortion law professors whose purpose is to eliminate freedom of conscience from the medical profession insofar as it limits women’s access to contraception and abortion.

Murphy told LifeSiteNews his organization takes no position on abortion or any other procedure. “We do believe that doctors should be free to act according to their conscience, whatever that dictates.”

The college is apparently asking only doctors for feedback. The link to the draft document is not available on any page on its website open to the general public. Communications officer Caro Gareau told LifeSiteNews that “we welcome public opinion,” but admitted the draft policy had not been made public yet. “We wanted to consult our physicians first.”

Gareau said, “I didn’t think it said that,” when told of the clause requiring doctors to provide treatment regardless of their consciences.

Commented John Carpay of the Justice Centre for Constitutional Freedom: “The Charter requires governments and organizations operating under government mandate like the college to provide reasonable accommodation to people with religious convictions. It doesn’t look like they’ve made any attempt, reasonable or unreasonable.”

He added, “Any doctor who challenged the college’s policy under the Charter, wuld enjoy a high likelihood of success.”