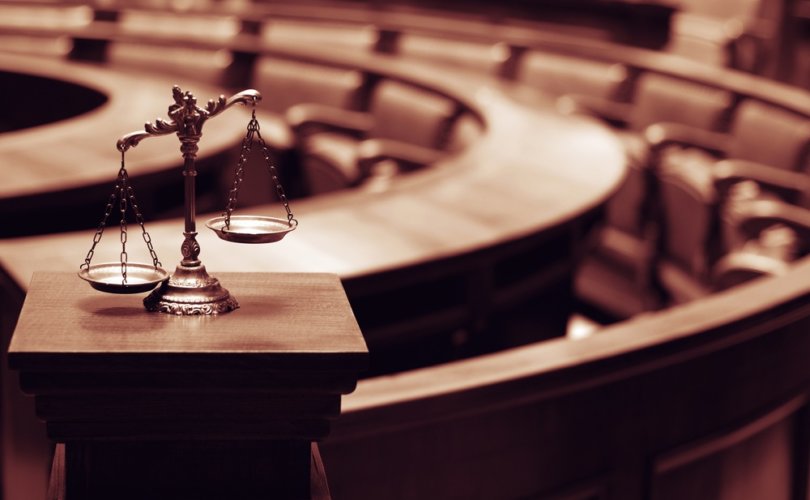 SOUTH BEND, Indiana, January 8, 2018 (LifeSiteNews) – A group of over sixty Notre Dame alumni attorneys has written an open letter to the university’s president, Father John Jenkins, CSC, to protest the university’s decision to continue the dissemination of contraceptives and abortifacients to its staff and students through its healthcare plan.

The Catholic university has allowed contraceptive and abortifacient coverage for staff and students after first unsuccessfully contesting Obama's HHS ‘contraception’ Mandate and then, in a surprise flipflop, rejecting the offer of a religious exemption to the Mandate by the Trump government.

The Notre Dame alumni state in their letter that by rejecting the exemption and permitting the provision of contraceptives and abortifacients through their medical insurers, the university “is now doing voluntarily precisely what it said it could not do in good conscience and without giving scandal, particularly to its students.”

“This is a serious matter, and we do not believe it should simply be allowed to pass,” they write.

In 2013, the vice-president of the university, Dr. John Affleck Graves, submitted an affidavit swearing that Notre Dame’s Catholic beliefs “prohibit it from paying for, facilitating access to, and/or becoming entangled in the provision of abortion-inducing products, contraception, sterilization, or related counseling.”

The Catholic Church teaches that abortion is evil because it is the murder of innocent human life. Formal cooperation in an abortion is a grave offense. The Church also teaches that using contraception to render sexual acts sterile is also evil because such acts intentionally frustrate the natural end (primary purpose) of sexual intercourse and separate the procreative purpose of the conjugal act from the unitive.

Graves argued that the U.S. Government was violating the Notre Dame University’s right of conscience “by forcing it to participate in an employer-based scheme to provide insurance coverage to which it strenuously objects on moral and religious grounds.”

In contrast to Notre Dame's policy today, Graves specifically objected to “third party” arrangements. In response to the government’s argument that not Notre Dame, but its medical insurers, would be arranging the payment for the objectionable measures, the Vice-President said Notre Dame would nevertheless be complicit. The students and employees would be receiving the “free” contraceptives and abortifacients only because they were on the Notre Dame health plans.

Despite Graves’ intervention, the district court denied the university relief from the mandate, which went into effect on January 1, 2014. After Notre Dame lost an appeal, the university applied for and was granted “accommodation” status as a protesting religious organization. Thus, although Notre Dame did not pay for abortifacient, contraceptive, and sterilization coverage, its medical insurers provided it directly to Notre Dame employees and students.

But now that the Trump administration has offered the university what it had sought in the litigation, namely an exemption from the mandate, the University has instead announced that its health plan contractors will continue providing free abortifacients and contraceptives to its students and employees.

“It is voluntarily continuing under the ‘accommodation’ procedure that it sued to enjoin,” the alumni attorneys state in their letter.

Notre Dame’s decision not to take advantage of the exemption it fought for in 2013 “appears to be an abuse by the University of the judicial process,” they state.

Attorney Bill Dempsey of the told LifeSiteNews that he and his fellow alumni had contacted the President of Notre Dame before publishing the Open Letter.

“We sent this Open Letter to Father Jenkins privately first so that he would have an opportunity to offer an explanation before we published it,” Dempsey said. “He did not reply then, nor has he since then.”

The alumni attorneys are demanding that the university accepts the religious exemption that has been offered by the Trump administration and drop contraception and abortion coverage for staff and students.

They note that the university’s failure to drop contraception and abortion coverage may result in a legal investigation.

“Finally, though we hope it does not come to it, Rule 11 of the Federal Rules of Civil Procedure does provide a means for federal courts to determine if there have been misrepresentations by litigants and, if so, what to do about it. A court can invoke the procedure on its own initiative,” they state.

“Given the wide publicity accorded the university's turnabout, Court of Appeals judges Hamilton and Flaum and District Judge Simon (Judge Posner having retired) might think a Rule 11 hearing appropriate. Presumably you would welcome this if it would show that Notre Dame had acted with propriety throughout,” they add.

The complete open letter can be found here.

Editor's note: In an earlier version of this report, LifeSiteNews referred to Fr. Jenkins as “William,” whereas his name is “John.”