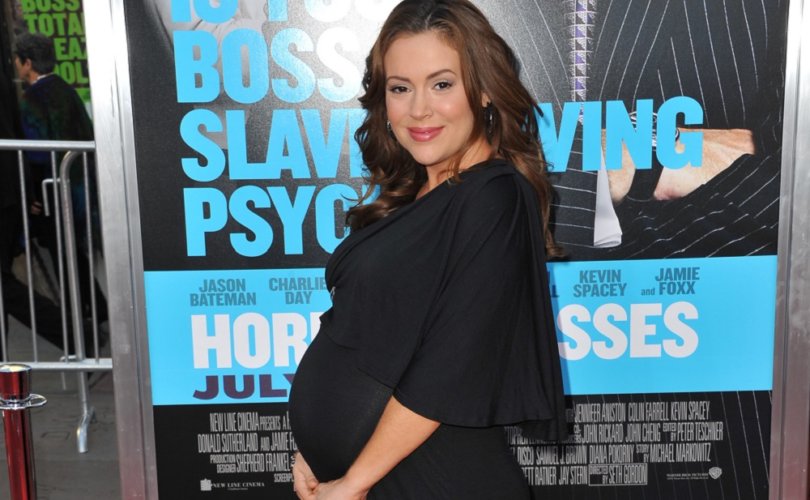 June 14, 2019 (LifeSiteNews) – Pro-abortion activist Alyssa Milano is expanding her efforts to get Hollywood to boycott pro-life states by releasing a tool to which parts of the country pose the biggest “threats” to abortion, to encourage her colleagues not to film projects in states that have strong pro-life laws.

Last month, Georgia enacted a law banning abortions once a fetal heartbeat can be detected except in cases of rape, incest, physical medical emergencies, and pregnancies deemed “medically futile.” Numerous studios and celebrities have threatened to boycott the state in response, hoping to punish an economy that benefits significantly from Hollywood filming there.

Milano, a leading figure in those efforts, has joined with left-wing activist Ben Jackson to develop a guide that identifies states “where it is safe for women to work,” Variety reports, as defined by their abortion laws.

Alyssa Milano has created a shoot location tool for filmmakers that lists the status of abortion legislation in all 50 states https://t.co/0a4mAHQVQQ

Since the Georgia fight, “I’ve been fielding these inquiries about where productions could shoot,” Milano said. So, based on data from pro-abortion lobbying organization NARAL and nonpartisan political information resource Ballotpedia, she put together a color-coded map of the United States showing where the availability of abortions are most and least “threatened.”

“Following the passage of a number of draconian attacks on a pregnant person’s right to choose in 2019, including those in states in which the motion picture and television industries conduct significant business, it has become apparent that those in our industry need to be able to make informed choices,” Milano and Jackson declared in a statement.

Milano is also working with Atlanta, Georgia’s Democrat mayor Keisha Lance Bottoms to release a mobile app that filmmakers who remain in Georgia could use to ensure they only do business with people who agree with them. Bottoms enthusiastically supported the idea, and is reportedly working to vet voter data from her own election and calling on local tech companies to help out.

Milano says she was inspired during filming of an episode of the Netflix series Insatiable, where she was horrified to discover the owners of a house they were renting supported Republican Gov. Brian Kemp. “Every time we shoot on location outside of Atlanta, we are funding a hurtful policy,” she said.

Also this week, Milano shot back at her pro-life critics on Twitter, declaring that “asylum seekers have heartbeats. So take your fake ‘pro-life’ hypocrisy and shove it where the sun don’t shine.”

So take your fake “pro-life” hypocrisy and shove it where the sun don’t shine.

Many pro-lifers responded, noting that nobody denies migrants have heartbeats or advocates for any be killed:

And nobody who is against them being allowed into the country is advocating for stopping their heart from beating. Demanding people immigrate legally isn't killing people. Try having at least a halfway intelligent argument. I think sea sponges have more brain cells than you.

Marking this down as perhaps 1 of the most asinine things you've ever said. You're 1 who believes there are 100 diff 'genders' or somesuch but then turn arnd/conflate these 2 completely different issues as if they'e in any way the same & interchangeable. Intellectually dishonest.

That’s exactly the point.  Abortion dismembers, poisons, crushes a person to death.  Immigrants are not being tortured to death hence why my priority is with those innocent babies who are.  I care about both but one of them always results in death.

Despite the entertainment industry’s attacks, Georgia pro-lifers expect their state’s economy to remain strong. “We’re elected to do what’s right – and standing up for precious life is always the right thing to do,” Kemp has said. “We are the party of freedom and opportunity. We value and protect innocent life — even though that makes C-list celebrities squawk.”