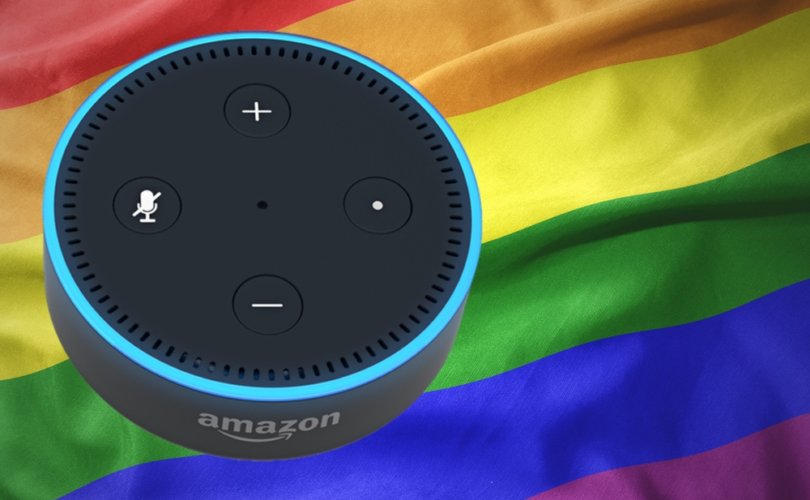 March 12, 2020 (LifeSiteNews) – A coalition of major businesses has signed an open letter threatening to boycott states that enact legislation resisting the transgender agenda, on everything from “transitioning” minors to pitting female athletes against biological males.

Organized by the pro-LGBT groups Human Rights Campaign (HRC) and Freedom for All Americans Education Fund, the letter claims its signatories are “deeply concerned” by various state laws that “would affect access to medical care for transgender people, parental rights, social and family services, student sports, or access to public facilities such as restrooms,” and “unnecessarily and uncharitably single out already marginalized groups for additional disadvantage” (what “disadvantage” that would be is unexplained).

Such bills “seek to put the authority of state government behind discrimination and promote mistreatment of a targeted LBGTQ population,” it declares, also without explanation. This allegedly “directly affects our businesses” by making it “exceedingly difficult for us to recruit the most qualified candidates for jobs,” and placing “substantial burdens on the families of our employees.”

The letter then makes a veiled threat to states that won’t embrace gender fluidity by noting that such laws “can influence our decisions” as to “where to invest and grow.”

Contrary to the letter’s framing as a stand against “discrimination,” the bills in question are meant to address concerns understandable to most Americans, such as preventing adults from subjecting gender-dysphoric minors to life-altering chemicals or surgeries before they’re mature enough to consider the ramifications, protecting girls’ and women’s privacy from being forced to share restrooms, lockers, and similar intimate facilities with males, and preventing biologically-male athletes from using their biological advantages to dominate female athletics.

“Many economists doubt the effect of such politically motivated boycotts,” the Washington Times reported. “In 2012, for example, boycotts of Chick-fil-A for its CEO’s announced opposition to same-sex marriage spurred a so-called ‘buycott’ of customer support that generated long lines for the company’s restaurants.”

Left-wing businesses have also threatened boycotts over state pro-life laws and religious liberty protections, most notably in Georgia and Tennessee, though so far they have been unsuccessful in getting pro-family lawmakers to back down.