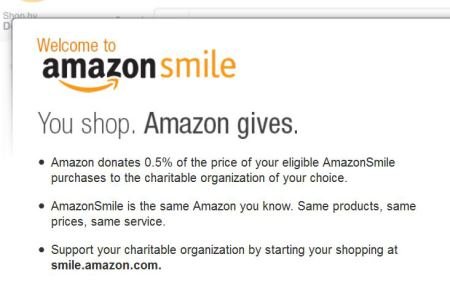 Amazon's philanthropy page, AmazonSmile, prides itself on the fact that customers can choose to donate one-half of one percent of their purchase to charitable organizations of virtually any political stripe – as long as their views are approved by the Southern Poverty Law Center.

AmazonSmile's general manager Ian McAllister told the Seattle Times that “Amazon prides itself on being customer-centric,” and has “structured [AmazonSmile] to put customers in control, and we feel good about that decision.” A spokesperson for Oregon Right to Life told the Seattle Times that the group is “really pleased about how easy it is for pro-lifers to donate.”

But those customers cannot give to any organization designated by the SPLC as a “hate group.”

That censorship, and the quality of SPLC's judgment, has drawn backlash from conservative leaders.

“No one should rely on the Southern Poverty Law Center’s inaccurate and biased data,” Family Research Council Executive Vice President Jerry Boykin told LifeSiteNews. FRC was targeted by a domestic terrorist on the basis of the SPLC's data.

“Concerns about SPLC’s lack of credibility only continue to grow,” Boykin said. “The FBI has removed links to the SPLC from its ‘hate crimes resources’ page, and the Department of Defense along with the U.S. Army have distanced themselves from SPLC’s materials.”

“Most disturbing of all is the fact that the Southern Poverty Law Center has been linked to domestic terrorism in federal court,” Boykin added. “In a chilling FBI interrogation video, now-convicted domestic terrorist Floyd Lee Corkins – the man who stormed the Family Research Council's (FRC) headquarters and shot an employee who later disarmed him – admitted that he picked his targets from a map on the Southern Poverty Law Center's website.”

SPLC's critics have long pointed to the difference between the SPLC's definition of a hate group and the FBI's definition of a hate crime. Federal law defines a hate crime as “a traditional offense like murder, arson, or vandalism with an added element of bias…Hate itself is not a crime – and the FBI is mindful of protecting freedom of speech and other civil liberties.”

However, the SPLC states that “hate groups have beliefs or practices that attack or malign an entire class of people, typically for their immutable characteristics,” says the organization's website. It also says that “hate group activities can include criminal acts, marches, rallies, speeches, meetings, leafleting or publishing…Listing here does not imply a group advocates or engages in violence or other criminal activity.”

Dan Gainor, the vice president of business and culture at the Media Research Center, told LifeSiteNews that the decision to use SPLC to decide which groups are worthy of donations shows that “Amazon is embracing left-wing standards that anyone the SPLC doesn't like equates to a hate group.”

“What will Amazon do next, ban books that it doesn't agree with?” asked Gainor. “It's shocking to see Jeff Bezos, who owns Amazon and The Washington Post, take a position that silences speech.”