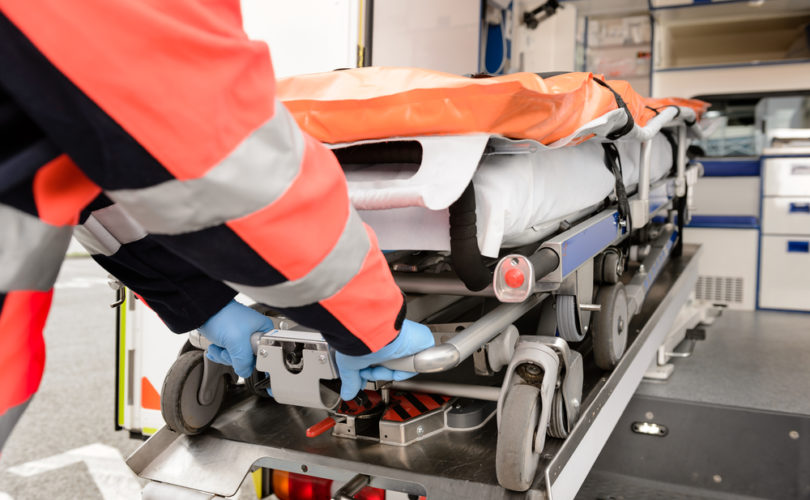 Pro-life activists caught an ambulance on video as it rushed a patient to the hospital from Southwestern Women’s Options, an abortion facility known to specialize in very late-term abortions. The incident took place on Friday, December 19, 2014.

This represents the seventeenth documented botched abortion at that facility since 2008.

The video clearly shows a patient on a gurney as she was loaded into an awaiting ambulance and whisked away to a nearby hospital.

“While abortion is never safe for mother or child, those who champion abortion in New Mexico cannot claim to care about women seeking abortions when these injuries continue to pile up without consequence,” stated Bud Shaver, Executive Director of Protest ABQ.

Tara Shaver, also of Protest ABQ, verified that the abortionist on duty was Shelley Sella, who was featured in the film “After Tiller,” which explored controversial late-term abortions done by Sella and others throughout all nine months of pregnancy.

Sella, who flies in from her home in California to conduct abortions in Albuquerque, faced license revocation in 2012 for botching an abortion done at 35 weeks on a woman with a history of having a previous Cesarean section. The woman’s uterus ruptured during labor and she nearly died. The incident was discovered by Tara Shaver, who had obtained 911 records that dramatically documented the event. Both Shaver and Operation Rescue filed complaints against Sella with the New Mexico Medical Board.

However, after a disciplinary hearing in which the Board’s attorney recommended sanctions against Sella, the New Mexico Medical Board inexplicably cleared her of all wrong-doing in 2013, leaving Sella to continue her pattern of seriously injuring women.

In addition, New Mexico has enacted no minimum safety standards for abortions and continues to allow abortion clinics to operate without inspection or any other accountability despite the large number of documented abortion injuries.

“New Mexico continues to be the Wild West for an out-of-control abortion cartel that is allowed to run amok by a state government that refuses to hold it accountable to even the most rudimentary safety standards that could spare women from needless injury,” said Troy Newman, President of Operation Rescue. “Until that changes, we will continue to see women hurt and perhaps killed by abortionists that admit they do not use practices that meet the minimum standard of care. Women everywhere should be outraged that women’s lives and health are regarded with less consideration that what New Mexico‘s pets receive.”

Operation Rescue continues to urge the New Mexico Medical Board to take action to protect women and shut down Southwestern Women’s Options permanently.

Video was taken by Abolitionist Society of Rio Rancho and produced by Protest ABQ.