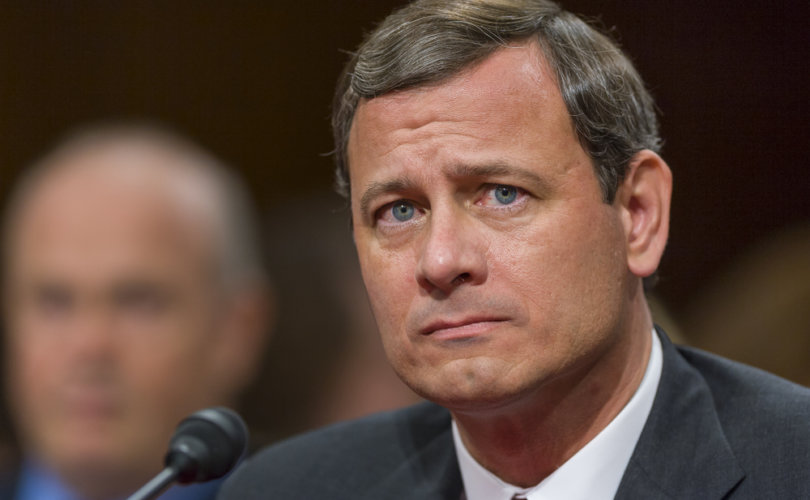 Roberts pointed out during questioning that the 15-week mark, at which abortions are banned in the Mississippi law HB 1510 at issue in Dobbs, is not only “not a dramatic departure from viability,” but also a “standard that the vast majority of other countries have.”

“When you get to the viability standard, we share that standard with the People’s Republic of China and North Korea,” said Roberts, highlighting the fact that the legalization of on-demand abortion until the age of viability is something the U.S. has in common with these brutally oppressive Asian nations and a handful of other countries.

As even the left-wing Washington Post has admitted, the United States, China, and North Korea are among seven of 198 nations that allow elective abortions (abortion for any reason) after 20 weeks of pregnancy. The others are Canada, the Netherlands, Singapore, and Vietnam.

Roberts also questioned the inherent logic of establishing a “right” to unfettered abortion until the age of viability.

He asked attorney Julie Rikelman, who represents the Mississippi abortion facility Jackson Women’s Health Organization, during questioning, “If you think that the issue is one of choice … viability, it seems to me, doesn’t have anything to do with choice. If it really is an issue about choice, why is 15 weeks not enough time?”

Dobbs v. Jackson Women’s Health Organization concerns the constitutionality of Mississippi’s HB 1510 law banning abortions from being committed past 15 weeks for any reason other than physical medical emergencies or severe fetal abnormalities. HB 1510 challenges Roe v. Wade precedent that imposed on all 50 states a “right” to pre-viability abortion on demand.

While several commentators, pro-life and pro-abortion alike, observed that yesterday’s court proceedings indicate Roe could be overturned, others cautioned that the justices’ decision-making process is not fully captured during cross-examination, and therefore a split decision upholding HB 1510 without ending Roe or Casey remains a serious possibility.

1
Departing from Africa, Pope Francis renews call to end anti-sodomy laws
2
It’s beginning to look like the establishment will throw Zelensky under the bus to save face
3
How the US gov’t built a shadow structure that enabled COVID vax ‘bioterrorism’
4
‘I still think you’re killing a baby’: Some left-wing comedians instinctively know abortion is not ‘healthcare’
5
‘Never Again’ documentary takes deep dive comparing COVID propaganda with Nazi Germany
Subscribe to Daily Headlines »