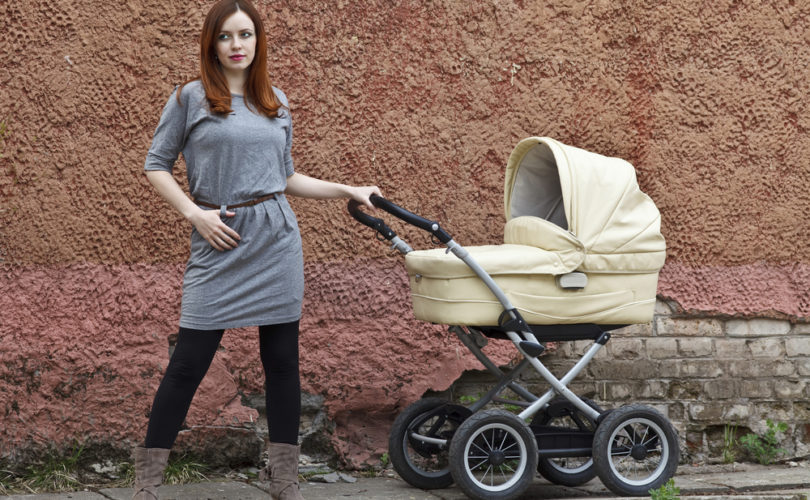 According to a new Northwestern University study, American attitudes about abortion are trending more conservatively than other contentious social issues, a phenomenon the authors credit to the simple fact that pro-lifers have more kids.

“We find evidence that the abortion attitudes have lagged behind a liberalizing trend of other correlated attitudes,” the authors wrote. Using GSS data collected between 1977 and 2010, “We test[ed] the hypothesis that the comparatively high fertility of pro-life individuals has led to a more pro-life population.”

The authors wrote: “Support for abortion rights has turned flat after a period of increase following Roe v. Wade, and in recent years there are even indications of a reversal toward more restrictive attitudes. This U-turn is evinced particularly among younger cohorts, and is happening despite liberalizing trends in several ostensibly related issue domains.”

The authors speculated that the reason for the increase in pro-life attitudes among young people is that their parents had more children than their pro-abortion counterparts. When they examined the data, they found that pro-life individuals had, on average, 27 percent more children than those who considered themselves “pro-choice.”

Not only that, but pro-life parents appear to be much more likely to pass their views on to their children. The researchers found that the younger generation’s pro-life shift was too strong to be blamed solely on differences in fertility – meaning children of pro-abortion parents are rejecting their parents’ views.

“[E]ither pro-life beliefs are always more faithfully transmitted than pro-choice ones; or, there has been a cultural shift towards more pro-life beliefs that is being reflected in the parent-child correlations,” the authors wrote.

The study concluded that if it wasn’t for the higher fertility rate among pro-life people, the nation as a whole would favor abortion by about five percentage points more than it does currently – and researchers predict the pro-life trend will continue.

“Taken together, these findings suggest that fertility has had at least some part in leading the population in a more pro-life direction over time,” the authors wrote. “Further investigation into this pattern indicates that not only are abortion attitudes associated with fertility, but in proportional terms—which is what matters for cultural change—the gap is widening.”

“Fertility has declined for both pro-choice and pro-life groups over the past 30 years, but fertility has declined far less markedly for pro-life individuals,” they added. “Whereas pro-[life] individuals born before 1940 were only having about 1.2 children per one child born to a pro-choice parent, this ratio has grown to over 1.5 for those born in the mid to late 1970s. This pattern suggests that future cohorts may place an even stronger demographic drag on the liberalization of abortion attitudes.”