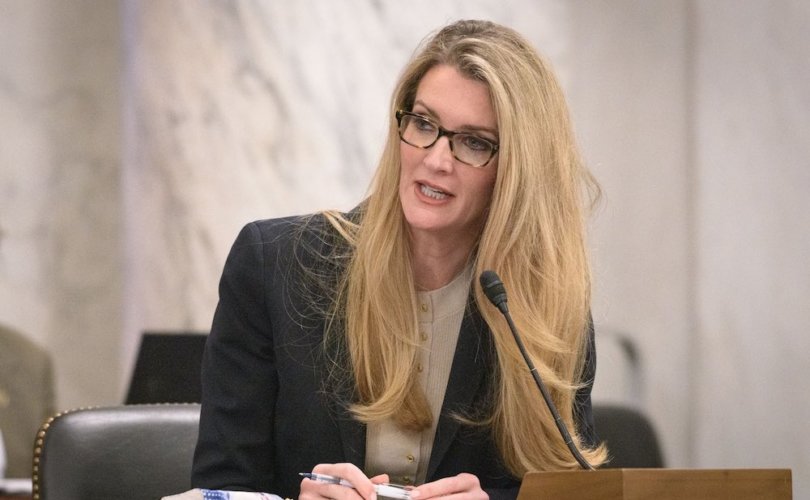 GEORGIA, January 4, 2021 (LifeSiteNews) – All eyes are on the state of Georgia tomorrow, as the long anticipated Senate run-offs take place, which are crucial in determining whether Republicans will be able to prevent Democrats from taking complete control of the American government.

With Democrats maintaining their majority in the U.S. House, it is crucial for Republicans to secure these two Senate seats in order to prevent Democrats from having total control. Should both seats go to Democrats, then the party would control the House and the Senate – and the White House, should Joe Biden be sworn in as president. However, since the GOP currently has 50 seats to the Democrats’ 48, a win of one seat in Georgia should maintain their Senate majority.

The run-off is likewise crucial to defense of the pro-life cause. Warnock has previously called himself a “pro-choice pastor,” clearly aligning himself with the abortion lobby. In the wake of his message, over two dozen black pastors sent a letter to Warnock, calling him out for his pro-abortion position and asking him to reconsider his support.

Ossoff himself is also a vocal supporter of abortion company Planned Parenthood, and has previously declared that he would only vote for judges who support Roe v. Wade.

In fact, Planned Parenthood Votes has a “six-figure campaign” in the state, seeking to knock on five million doors in its efforts to win the state for the pro-abortion candidates, and attempting “to try to repeat the same thing that we did in the general election.”

Women Speak Out (WSO) PAC, partner of pro-life campaign group Susan B. Anthony List, issued a statement today on the pro-life campaigning in the state. The group has spent over $4 million and reached one million Georgia voters in an effort to elect Perdue and Loeffler. WSO national spokeswoman Mallory Quigley stated: “Pro-life victory in these two Senate seats is crucial to give the pro-life movement a fighting chance at combatting the worst of the pro-abortion agenda, including expanding the Supreme Court and forcing taxpayers to fund abortion on demand through birth.”

Both Perdue and Loeffler have warned about the crucial nature of the Georgia Senate election, jointly writing in the Washington Times that a Democrat win would see “an abrupt end” to the “American Dream.” The two Republicans wrote that Ossoff and Warnock “support open borders, taking away our Second Amendment rights and legalizing late-term abortion, sending your tax dollars to fund abortions,” and are in “a league of their own.”

“They are backed by radical defund the police groups,” continued the Republican duo. “They would vote to pack the U.S. Supreme Court. They would make Washington, D.C. a state and do away with the Electoral College — effectively silencing rural America. They have espoused the merits of socialism — and want to lock down our small businesses, churches and schools.”

Concluding, Perdue and Leoffler wrote that the two Democrats “certainly don’t believe in family values or the word of God. In short, they don’t believe in anything that has propelled this nation to success for hundreds of years. They’re fighting to tear it all down.”

Writing for LifeSiteNews last month, Father Jim Hewes warned that should Georgia be won by the two Democrats then the Hyde Amendment (widely preventing federal funding of abortion except in rare cases) would be abolished. Should this occur, “then taxpayers will be forced to be enablers of abortionists, to be a part of this brutal act of killing of innocent pre-born children.”

Just days ago, Big Tech appeared to be interfering in the election once again, as Facebook shut down the advertising account for the joint campaign of Perdue and Loeffler. The company declared that the campaign violated Facebook’s Unacceptable Business Practices Policy, and a warning stated that Facebook did not “promote products, services, schemes or offers using deceptive or misleading practices, including those meant to scam people out of money or personal information.” The account was since restored as Facebook claimed it had made an “automated error.”