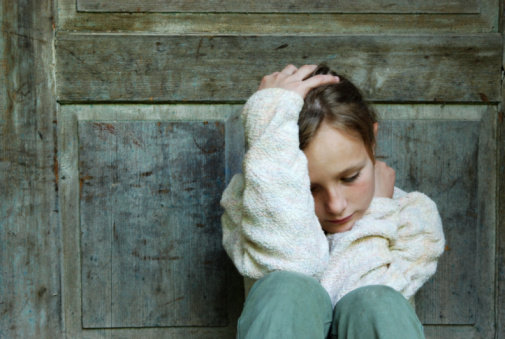 (LifeSiteNews) – Recently circulated videos of a 2022 meeting of the Wisconsin chapter of the American Academy of Pediatrics (AAP) show an executive of the national organization stating that children who receive puberty blockers and cross-sex hormones “probably will be infertile.”

In a clip of a virtual meeting, which was posted on Twitter yesterday by Libs of TikTok, Dr. Kathryn Lowe addressed “infertility concerns” related to so-called transgender hormone use.

Lowe is a board-certified pediatrician and member of the executive committee of the AAP Section on LGBT Health and Wellness, according to the AAP website.

“For kids who go on a blocker.. then they add in gender affirming hormone therapy.. These kids probably will be infertile”

“It’s really crucial to have multiple conversations with the family about that [infertility risks] and to talk about options around that, to talk about different ways people can have kids aside from biological kids,” she said.

Lowe also mentions that “there’s some early research being done on sperm and egg banking prior to going on gender affirming [sic] hormone therapy,” discussing the practice as a potential way for those sterilized as children to “have kids.”

When discussing the high risk of infertility as a result of puberty blockers and cross-sex hormones, the executive called it “one of the trickiest parts about gender affirming [sic] therapy.”

Another video segment of the same meeting shows Lowe responding to the question, “How do we as pediatricians address anti-forces within the community who are not susceptible to education persuasion?”

“I pick what groups I’m going to put my energy towards,” was Lowe’s response. “I found allies in the public school and I went through them … a school psychologist was huge, and I let her slowly connect me up to the superintendent, but I went through her.” She added that she “believe[s] every community has allies” and encouraged those on the call with her to “find them and start there.”

Dr. Kathryn Lowe explains how she advocates for transgender ideology by targeting her message to ‘allies’ in public schools.

“I found allies in the public school and I went through them…a school psychologist was huge and I let her slowly connect me up to the superintendent.” pic.twitter.com/dj4gbWmd6i

“I can’t really give you any accurate data out there,” Lowe says in a third video, responding to a question regarding “people who transition and their enjoyment of sex.” She continued to say that “adults may often think that a child is too young to be able to decide ‘I want to do these medicines and I understand that I will be infertile.’ For these kids on that topic, though, the alternative is not gonna let them live,” falsely suggesting that experimental transgender interventions prevent suicide.

“For many of these kids who really need these medications, it’s go on these medications or they end up in that suicide stat … so I’m guessing that it would be the same when talking about sexual function, as well.”

When asked about the long term sexual function of medically transitioned kids, Dr. Lowe provides a false, binary choice that a medical transition is the only viable option for many kids.

“…it’s go on these medications or they end up in that suicide stat.” pic.twitter.com/CB2mng1OBt

As an executive within the LGBT Health and Wellness section of the AAP, Lowe has a history of LGBT advocacy, including being a contributing author to a book published by the AAP in April. A page on the AAP website shows two chapters in the book, titled You-ology: A Puberty Guide for EVERY Body, and a limited sample of the chapters.

A chapter titled “Body-Part Smart” shows a preview which reads, “Oliver was assigned female at birth” and “that’s why you may have known him in the past as Olivia.” Another line adds that “Oliver is a boy, so that means he’s transgender.”

You-ology is the AAP’s first book for children and “aligns with the AAP’s position on gender affirming [sic] care,” according to Publishers Weekly. Previously, the organization published numerous parental guides for adults but did not produce content for minors.

AAP as a national organization has also caved to the LGBT ideology. Amid the ongoing push to provide radical “transgender” drugs and surgeries which has been met with resistance from conservatives, the organization released a statement in September declaring that they “strongly oppose any legislation or regulation that would discriminate against gender-diverse individuals, including children and adolescents, or limit access to comprehensive evidence-based care which includes the provision of gender-affirming [sic] care.”

Contrary to the claims made by Lowe and the AAP, so-called “gender affirming care” is not as grounded in science as leading activists present it to be. As found in a series of articles providing insight into “gender affirming care” which LifeSiteNews compiled last month, the president of the American College of Pediatricians (distinct from the AAP) said that “the purpose is clearly in the vast majority of kids that get on puberty blockers, they will not be allowed to go through their own natural puberty. They will be held back and then given cross-sex hormones.” Because of this reality, Dr. Quentin Van Meter said that puberty blockers are a form of “child abuse.”

The British National Institute for Health and Care Excellence also found that studies which claim to justify the benefits of “transgender” drugs distributed to gender-confused youth are not trustworthy despite their consistent citations to promote puberty blockers. The work of Jack Turban, a popular researcher employed by LGBT advocacy groups, has been highly criticized as well.

Matt Walsh: Pro-trans US pediatricians group are activists ‘masquerading as a medical organization

Most children who experience gender dysphoria eventually grow out of it, celebrity kids are proof