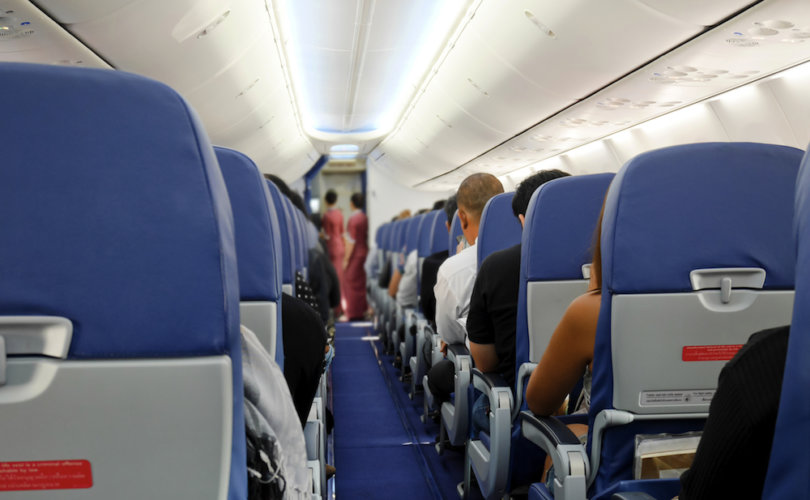 (LifeSiteNews) — American Airlines canceled more than 12% of its flights over the weekend, citing “weather” and “staffing” issues amid ongoing unrest over its COVID-19 vaccine mandate for employees.

“With additional weather throughout the system, our staffing begins to run tight as crew members end up out of their regular flight sequences,” CNN quotes an American representative as saying about the cancellation of 634 flights Sunday and a total of more than 1,500 since Friday.

CNN cites complications caused by “two days of severe winds in Dallas-Fort Worth, its largest hub,” as well as “buyouts and early retirement packages” offered to employees last year as a pandemic cost-cutting measure, but neglects to mention another factor: American’s assurance to President Joe Biden that it would comply with the administration’s not-yet-implemented vaccine mandate.

It is “unacceptable that your administration is using the threat of contractual measures as a coercion to single out American workers in a vital national industry,” House Transportation & Infrastructure Committee ranking member Rep. Sam Graves and aviation subcommittee senior member Rep. Garrett Graves (no relation) told Biden in a letter last month.

But remember, this has nothing, nothing, NOTHING to do with Biden’s illegal vax mandate, dammit! https://t.co/dA4fDi5DC8

Biden has dismissed job losses as an acceptable tradeoff for increased vaccine compliance, largely ignoring lingering safety concerns stemming from the fact that the COVID shots were developed and released far faster than any previous vaccine.

“Last week, I received a letter from a Wisconsin constituent who is a pilot for a U.S.-based airline,” Sen. Ron Johnson (R-WI) wrote last month. “The most alarming anecdote in this letter involved a recently vaccinated pilot who ‘sustained, over a two-day period, partial blindness in one eye and then severe migraine headaches.” His doctor told him he had suffered “micro strokes.’ The pilot did not report his medical condition to his Federal Aviation Administration medical examiner because he feared ‘he would lose his pilot certifications, and hence his livelihood.’”

To support American Airlines employees in court, please see the LifeFunder campaign set up on their behalf.