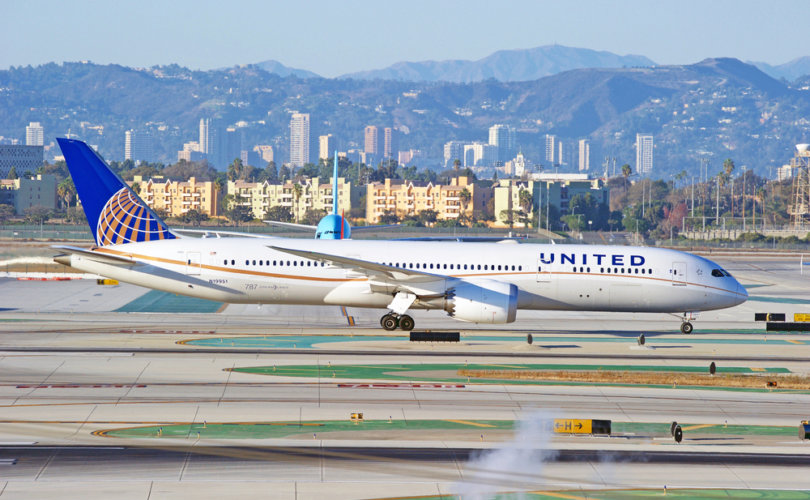 DALLAS, Texas (LifeSiteNews) — An American Airlines pilot made a video from a Dallas hospital citing his employer’s vaccine mandate as the reason he suffered a heart attack after piloting a flight on April 9.

“On November 7th, I was mandated to receive a vaccine. Quite literally I was told if I did not receive the vaccination I would be fired, [and the order came] from our Director of Flight,” stated Captain Robert “Bob” Snow, an American Airlines pilot of 31 years in a video recorded in a Dallas hospital.

All Canadian airline pilots were coerced exactly the same. Contact Cdn Airline execs & Transport Canada if you have concerns. pic.twitter.com/nJhCqhAuIz

“Under duress I received the vaccine, now, just a few days ago after landing in Dallas, 6 minutes after we landed, I passed out, I coded, I required three shocks, needed to be intubated, [and] I’m now in an ICU in Dallas,” explained the pilot, lifting up his hospital gown to reveal the medial equipment attached to his body.

“This is what the vaccine has done for me. I will probably never fly again based on the criteria that the FAA (Federal Aviation Administration) establishes for pilots,” Snow stated.

“The event took place at the gate six minutes after landing. This near miss is a direct result of the Federal Aviation Administration (FAA) overlooking their own safety regulations for brazenly political purposes relating to the dangerous COVID-19 vaccine mandate policies,” added the group.

In an email to LifeSiteNews, Yoder confirmed that his team at U.S. Freedom Flyers, along with a prominent team of doctors including Peter McCullough, have been in Dallas for the last week per Snow’s request to assist with the situation.

Yoder also told LifeSiteNews that a “legal team” is now in the area “to begin the process of holding American Airlines, FAA, and the DOT (Department of Transportation) accountable for the illegal mandates.”

Due to American Airlines designation as a federal contractor, the company fell under the scope of U.S. President Joe Biden’s controversial vaccine mandate for federal employees and federal contractors, which was first announced in late 2021.

While the courts did eventually grant an injunction against the mandate earlier this month, the decision to at least temporarily halt the policy occurred months after federal employees were already told that receiving one of the experimental COVID injections was required to remain a paid employee.

The push to vaccinate the majority of the world’s population in order to prevent serious disease for those who are not at risk to begin with – the CDC reports an infection survival rate of greater than 99.95% for those under age 50 — adds to the skepticism surrounding the increased push for COVID vaccine mandates.

This has been a particular concern considering coronavirus vaccine trials have never produced evidence that the vaccines stop infection or transmission and that the list of FDA-recognized adverse events has grown from severe anaphylactic reactions to include fatal thrombotic events, the inflammatory heart condition myocarditis, and neurologically disabling disease like Guillain Barré Syndrome, as well as thousands of recorded deaths and permanent disabilities.