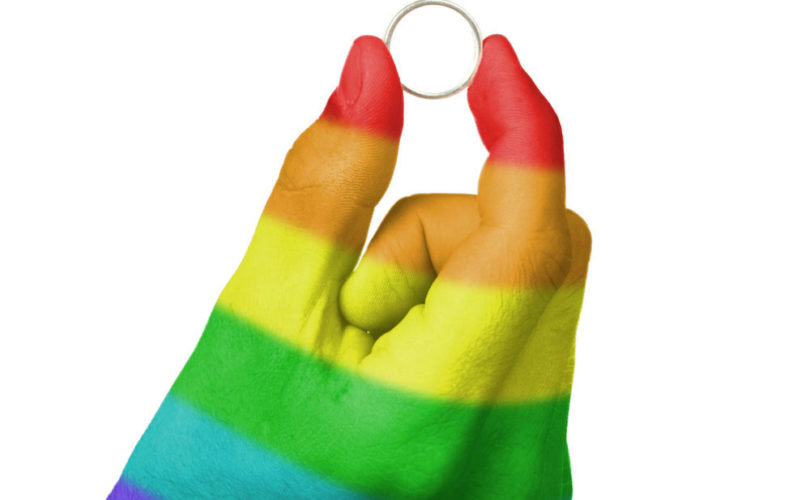 SAMARA, Russia, July 28, 2016 (LifeSiteNews) — An American clergyman in the Ukraine was deported for planning to officiate a gay wedding.

Jim Mulcahy, pastor of Metropolitan Community Church, was arrested at the LGBT center Avers in Samara. The Kremlin’s Vesti News Channel reported that Mulcahy intended to marry LGBT couples and engage in gay propaganda, a violation of his tourist visa.

Mulcahy is the Metropolitan Community Churches' Eastern Europe Coordinator.  His arrest was videotaped by state-controlled television (NTV). He denies planning to officiate a gay “marriage” but reportedly performed “unspecified ceremonies for homosexuals.”

Sodomy is no longer illegal in Russia, as it was during the communist years. However, Russia passed a law in 2013 banning propagandizing minors to the homosexual lifestyle.

Mulcahy teaches in the video interview, which is titled, “My Choice, My Way, My Spirituality,” that homosexuality should be affirmed in churches, that the Bible portrays homosexuals positively, and that practicing, unrepentant homosexuals should be given communion.

“Russia sees American activists as political and cultural agents; a view easy to understand given America's uncritical embrace of the homosexual political agenda in the last decade,” Fr. Jacobse added.

Ethicist Dr. H. Tristram Engelhardt of Rice University explained to LifeSiteNews, “The government of Russia properly understands itself to be charged with protecting the Orthodox Church and the Orthodox people in Russia. It is from this perspective that a foreigner who was fomenting disagreements that would undermine Orthodoxy would be removed.”

Mulcahy's lawyer, Karina Arutyunyan, told Interfax that Samara's Sovetsky District Court ruled Mulcahy must pay a small fine ($30) and be deported. Mulcahy appealed on July 12, and the Samara Region Court will hear the appeal. A final judgment is expected in August or September. Meanwhile, Mulcahy plans to leave his appeal in the hands of his lawyer and flee the country.

Mulcahy presents himself as an Orthodox priest, yet at his arrest he denied being a member of the Orthodox Church. He is actually a former Catholic priest who left all forms of organizational Christianity until he found the gay-affirming Metropolitan Community Church (MCC) and then, as an MCC pastor, became “ordained” by a renegade “Orthodox bishop.”

Mulcahy shares his story in the lengthy LGBT video interview. As an adolescent, he felt conflicted by his same-sex attraction and his Catholicism. “The Catholic Church, like the Orthodox Church, has terrible teachings about (homosexuality), so I hated myself.”

Then, at age 16, he says he had a vision that told him he had to become a Catholic priest.  He figured, “If I go to a monastery, it will not be a problem, because nobody will be having sex. We will all be celibate, so it will be a nice life.” Instead, Mulcahy found that “it was torture” to be “surrounded by 200 men.”

“And I found out that even in monasteries and in seminaries, there is sex,” Mulcahy said.  “But you still hate yourself about it.”

After living independently as a non-denominational religious leader for 25 years, Mulcahy was diagnosed with cancer. He decided then that he needed to join a church.  “But I couldn't belong to any church that makes discrimination against gays or women,” he reasoned.

He found a gay advocating group, Metropolitan Community Church, which also had ordained women priestesses — another concern of his — and joined the denomination.  Not long after that, “The pastor left and I was asked to be pastor, and I accepted.”

In 2010, Mulcahy came to the Ukraine to spread his gay gospel and to minister to LGBT people. A New York lawyer who claims to be an Orthodox bishop told him that if he wanted to work with Ukrainians, he had to be Orthodox. “He said, 'I will take you as a priest.'” Mulcahy was then ordained to the priesthood of the Ukrainian Autocephalous Orthodox Church on March 20, 2012, by “Bishop” Paul Peter Jesep.

Paul Peter Jesep is a lawyer and “bishop” in the Ukrainian Autocephalous Orthodox Church. Part breakoff and part self-startup, the Ukrainian Autocephalous Orthodox Church is not recognized by canonical Orthodox churches. As one critic termed them, “They're Protestants with a liturgical itch. … They're NOT Orthodox, and we shouldn't allow them to usurp the title.”

Like Mulcahy, Jesep is a gay activist. The uncanonical “bishop” penned a glowing introduction to the book, “Exploring Homosexuality in Eastern Orthodoxy,” which was written by a former Orthodox student turned Episcopalian. In the introduction, Jesep espouses quite convoluted Trinitarian theology, calling the Holy Spirit, “She,” and “God's constant companion,” and “humanity's teacher.” “She (the Holy Spirit) is logic, intuition, and commonsense,” Jesep wrote.

Jesep goes on to blame the Church for slavery and the Salem witch trials. He quotes an Orthodox saint, St. Tikhon of Zadonsk, who advocates submission to authorities, as the Apostle Paul does in Titus 3:1 and Romans 13:1-7. He concludes, “The Orthodox Church justified and legitimized a corrupt, abusive form of government that exploited people.”  Then “despite Church teachings of the day to the contrary, she (the Holy Spirit) took humanity by the hand.”

Jesep also accuses another Orthodox saint, St. John Chrysostom, of “advocating for the homophobia that abuses,” and “laying the foundations for anti-Semitism that continues to this day in Orthodoxy.” He says the Orthodox Divine Liturgy was filled with “offensive, un-Christian” passages, until finally “Orthodoxy had the spiritual security to realize the error of its ways,” and priests changed the text of the liturgical prayers.”

Finally, Jesep gets to his pro-sodomy argument. “Science also has shown that homosexuality is not an aberration of God’s universal order.  It is a natural component of the human experience that is not a lifestyle choice.”

Jesep even goes so far as to say certain Orthodox saints were homosexual. “Sergius and Bacchus, two Orthodox saints, have been identified by numerous historians as gay.”

The rogue “bishop” concludes, “Orthodoxy rejected slavery and anti-Semitism. Now its time for it to reject homophobia and embrace gay and lesbian Orthodox Christians as equally loved members of God’s family.”

Besides his advocacy for homosexuality and the uncanonical status of his denomination, Jesep has been criticized for promoting editorial changes in the Divine Liturgy and for his presence at and approval of the “ordination” of openly homosexual Episcopalian bishop Gene Robinson, whom he praises as “a man of courage, conviction and tenacity.”

LifeSiteNews sought comment from Jesep about his decision to “ordain” Mulcahy, his gay advocacy, and the legitimacy of his denomination, but he has not returned our emails.

The Metropolitan Community Church (MCC) was founded by defrocked Pentecostal minister Troy Perry, who was abused by his stepfather as a child. A married man with two sons, Perry had homosexual affairs that ended his marriage and his ministry. After laicization, a failed homosexual relationship, and an attempted suicide, Perry, the son of a Florida bootlegger whose father died while fleeing police, claims he received “an unexpected prophecy” from God and hosted the first MCC service in his Huntington Park, California, home in 1968.

Today, the MCC counts 43,000 followers within 300 congregations in 22 countries around the world and performs more than 6,000 homosexual “marriages” every year. The gay denomination's website states, “MCC’s prophetic witness has forever changed the face of Christianity, and helped to fuel the international struggle for LGBT rights and equality.”

Indeed, the MCC performed the first church “weddings” for homosexuals in 1969. In 1970, Perry filed the first lawsuit seeking legal recognition for gay “marriages.”  Wikipedia reports that “Brent Hawkes and the Metropolitan Community Church of Toronto were key players in the legal action that ultimately brought same-sex marriage to Canada.”