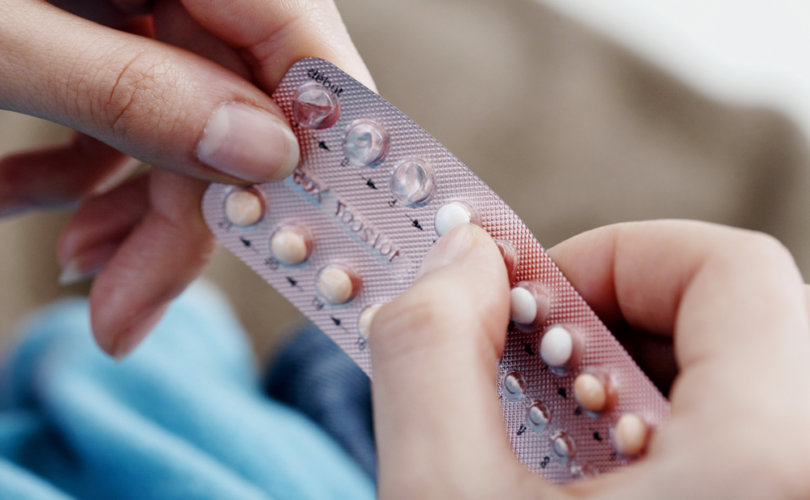 CHICAGO, Illinois (LifeSiteNews) – The American Medical Association (AMA) has called on the Food and Drug Administration (FDA) to de-regulate the dispensation of the contraceptive pill in response to the possible overturning of Roe v. Wade, making the drugs accessible over-the-counter (OTC) without the need for a prescription.

The national doctor’s organization, ostensibly established for the promotion of “the betterment of public health,” released a press statement on June 15 announcing the group’s support for “removing the prescription access barrier to contraception” and even encouraging “access to oral contraceptives without an age restriction.”

While the continued legality of abortion across the U.S. is uncertain owing to the possibility that the landmark Roe v. Wade  ruling might be overturned, AMA board member Dr. David H. Aizuss claimed that “[p]roviding patients with OTC access to the birth control pill is an easy call from a public health perspective as the health risks of pregnancy vastly outweigh those of oral contraceptive use.”

However, use of the contraceptive pill has been linked to many debilitating side-effects, including a significant loss in bone mass among women, a 300 percent increase in the risk of Crohn’s disease, an increased likelihood in becoming clinically depressed, and inherent risks of damaging a woman’s fertility.

While the AMA has called for no age limit to be placed on the ability to obtain the Pill, a 15-year-old girl in England died in 2014 from severe hypoxic ischemic brain injury caused by cardiac arrest resulting from a pulmonary embolism she suffered after being prescribed a combined contraceptive pill. The autistic teenager collapsed at home, was hospitalized, and died a week later.

A 2016 inquest into the girl’s death revealed that her parents had not been informed of a change in her prescribed medication to the chemical contraceptive, which carries a higher risk of blood clotting.

As things stand, the FDA requires women to procure a physician’s prescription before being allowed to acquire the “birth control” pills from a pharmacy. The FDA lists high blood pressure, blood clots, heart attacks, and strokes as potential side effects from the combined oral contraceptive pill. The agency also notes that pregnancy is still possible while using the Pill.

Despite these risks the AMA “will work with expert stakeholders to advocate for the availability of hormonal contraception as an OTC medication and continue to study issues relevant to OTC access including full insurance coverage without cost sharing of an OTC oral contraceptive,” the statement reads.

Meanwhile, as the Supreme Court is expected to hand down a ruling on the Dobbs v. Jackson Women’s Health Organization case soon, aggressive pro-abortion activists have raged against the possibility of abortion becoming illegal once again, firebombing pro-life pregnancy centers and disrupting religious ceremonies with blasphemy and vulgarity.

A 26-year-old California man was indicted last week on attempted murder charges after being arrested outside Supreme Court Justice Brett Kavanaugh’s house, where the man – who said he was “upset” about the leaked draft opinion signally an overturning of abortion – allegedly confessed his intent to kill the judge.