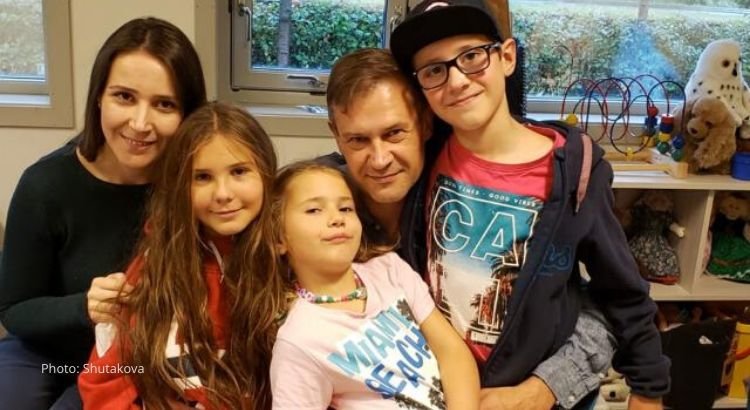 February 28, 2020 (LifeSiteNews) — Natalya Shutakova is calling on U.S. officials, including President Trump, to help free her American-born children from the clutches of the Norwegian Child Protective Services, also known as the Barnevernet. The Barnevernet is one of the worse violators in the world of family rights.

“I would really ask U.S. officials to look into this situation. I would warn everyone who thinks of traveling to Scandinavian countries, you don't want to get trapped. And it's a trap. It's nearly impossible to get out of this.”

Shutakova is a Ukrainian-born naturalized American citizen who grew up in Atlanta. In September of 2018, she was living with her husband and three children in southern Norway while he was on a temporary work contract. In May of the following year, the Barnevernet knocked on the couple’s door and removed her kids from their beds to take them to foster care. Shutakova and her husband were alleged to have been guilty of child mistreatment.

The charges stem from a situation that arose after the pair’s 11-year-old daughter was misusing her iPhone. They took the phone away as punishment. As a result, she went to school the next day upset. The school called Natalya because her daughter didn’t have a lunch. Natalya knew she packed a lunch in her daughter’s backpack, so she went to the school. The daughter realized she’d been caught in a lie, and told her teacher she was going to get in even more trouble when she got home, a claim which she later recanted in a video (watch below).

But the damage had been done. The school called the Barnevernet and the police showed up at Natalya’s home that night.

Since that incident, Natalya’s family has been “terrorized” by the Barnevernet.

But that didn’t result in Natalya getting her kids back.

“I've been a mom for 11 years, so I have some experience, I guess, and I never had any issues in the States….But as soon as you come to Norway, they label you as a bad parent. You don't fit their standards. You're not good enough. They couldn't prove the violence. Now they're trying to say that your parental skills aren't good enough”

More than 24,000 people have signed a CitizenGo petition calling on the Norwegian government to release Natalya’s children to her.

Natalya has pleaded in vain with lawmakers and the U.S. Embassy in Norway to intervene on multiple occasions.

“What they do is they usually send a letter to the embassy and the embassy responds that ‘we're closely monitoring the situation.’ The embassy has promised that ‘we will come to the next court in April.’ I have written letters to Trump.”

“My best hope would be American officials getting involved directly,” she continued. “The U.S. government needs to step up…I don't have any trust in Norwegian courts. They are always siding with Child Protective Services.”

Natalya warns other Americans to not visit northern Europe. “I regret that I ever came here…being a Christian, you don't want to come to a socialist country with your children…it’s dangerous here in Norway.”