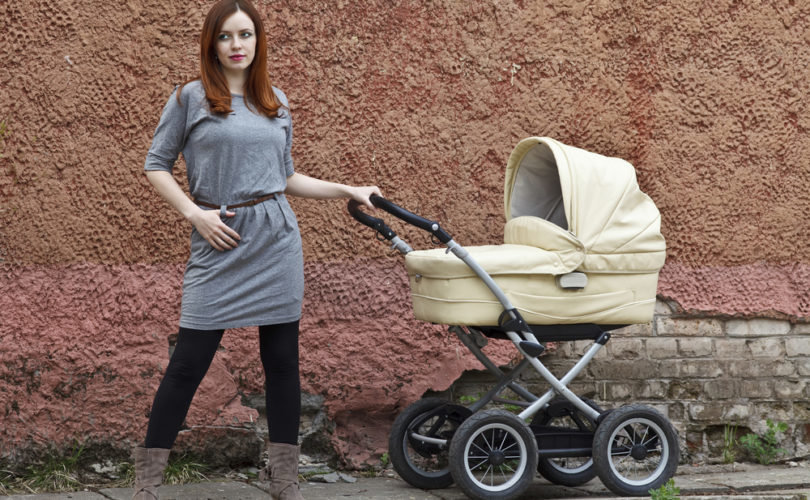 BALTIMORE, MD — Americans in their late twenties are having record numbers of children out-of-wedlock, according to a new report  by researchers at Johns Hopkins University.

Authors Andrew Cherlin, Elizabeth Talbert, and Suzumi Tasutake indicate that Americans aged 26 to 31 had 57 percent of their children out of wedlock. Based upon data from the National Longitudinal Survey of Youth, the report found that nearly two-thirds of Americans who reported births had at least one child out of wedlock, rising to 74 percent among women without college degrees.

This compares with a nationwide out-of-wedlock average for 2011 of approximately 40 percent. The report's authors note research that shows poor women tend to want both marriage and children, but decide that children come first.

A four-year degree appeared to make the key difference between parents who have children before or after marriage. The authors note that 90 percent of four-year graduates have children only inside of wedlock, and plan on having more children. Non-college graduates plan to have fewer children, overall.

The implications of not marrying before having kids are enormous for children, who often find themselves being raised by one parent with the other assisting. A 2012 report from Heritage Foundation Senior Policy Fellow Robert Rector showed that “since the early 1960s, single-parent families have roughly tripled as a share of all families with children.” He noted that American single parents in 2009 “were nearly six times more likely to be poor than were married couples.”

Rector's report also found that “emotional and behavioral problems,” arrests for juvenile crimes, suspensions and expulsions from school, and drop-out rates all increased for those children living in single-parent homes.

According to the new report, “early nonmarital childbearing is associated with union dissolution because of the high break-up rates among unmarried parents in the first several years after a birth.”

“We know that it is also associated with multipartnered fertility, as parents form new romantic relationships and have children within them,” the report continues. “Early nonmarital childbearing is therefore associated with family complexity – the accumulation of stepsiblings and half-siblings in the household and the ties to parents and children living in other households.”

Conversely, having fathers in a child's young life can increase their ability to go through school with a better educational experience, and stay out of trouble.

The harm is not just to parents and children, but also to taxpayers. Rector calculated that in Fiscal Year 2011, $330 billion out of $450 billion in anti-poverty welfare programs at the federal and state levels “went to single-parent families.”

Despite the harms of single-parent homes and unmarried-parent homes to children and the other members of the family, it appears that the trend will continue for less-educated, less-affluent women. One study shows the reason could be that poor women believe marriage is too important to risk failing at, but having a child is also an important part of life. As sociologist Maria Kefalas noted, in discussing the results of the book Promises I Can Keep: Why Poor Women Put Motherhood Before Marriage, which she co-authored, “for poor women, marriage is a luxury item that they are unable to consume.”

However, without a career or educational path in sight, poorer women tend to see children differently. “If you’re 17 and a high school graduate, and you’re not going to be going to college or spending semesters abroad in Paris,” says Kefalas, “why wait to have a child? What is there to gain from putting that off?”

The number of US children living in single-parent homes has nearly doubled in 50 years: Census data