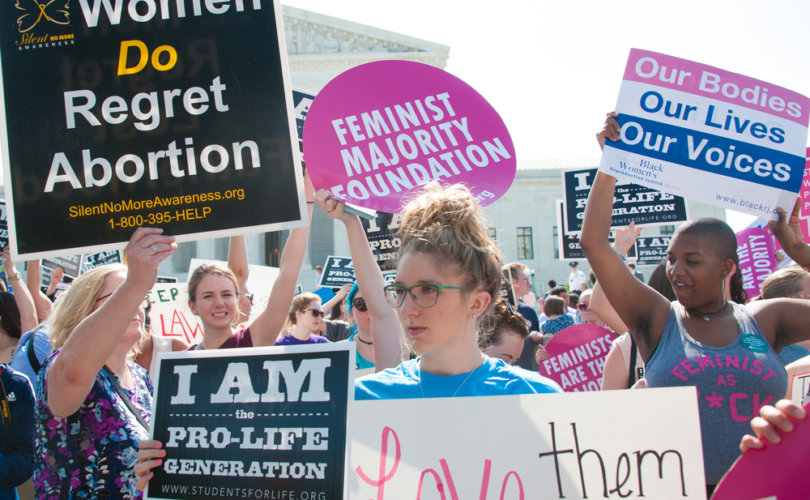 January 23, 2017 (LifeSiteNews) – Significant majorities of Americans oppose the use of tax dollars to fund abortions and want the Supreme Court to rule in favor of abortion restrictions, according to a new Marist Poll sponsored by the Knights of Columbus.

The poll demonstrates that there is a clear bi-partisan consensus on limiting abortion to – at most – the first trimester, with a majority of Clinton supporters (55 percent) and more than nine in 10 Trump supporters (91 percent) saying they support such limits.

Among Americans overall, nearly three-quarters (74 percent) want abortion restricted to, at most, the first trimester. Among those who want restrictions, 74 percent want the U.S. Supreme Court to rule in favor of those restrictions.  This equates to about 55 percent of Americans who support such action by the Court.

In fact, nearly six in 10 (59 percent) say it is either an immediate priority (34 percent), or is an important one (25 percent), to limit abortion to the first trimester. This includes 78 percent of Republicans and almost half of Democrats (47 percent). Even among those who identify as pro-choice, more than four in 10 say restricting abortion is an immediate priority or important (44 percent).

“There is a consensus in America in favor of significant abortion restrictions, and this common ground exists across party lines, and even among significant numbers of those who are pro-choice,” said Knights of Columbus CEO Carl Anderson. “This poll shows that large percentages of Americans, on both sides of the aisle, are united in their opposition to the status quo as it relates to abortion on demand. This is heartening and can help start a new national conversation on abortion.”

Regardless of their views on whether abortion should remain legal, almost six in 10 Americans (59 percent) believe that abortion is morally wrong. This includes eight in 10 Trump supporters and nearly four in 10 Clinton supporters (37 percent).

Nearly eight in 10 Americans (78 percent) think laws can protect both the well-being of a woman and the life of her unborn child.

The survey of 2,729 adults was conducted Dec. 12-19, 2016, by the Marist Poll and sponsored by the Knights of Columbus. Adults 18 years of age and older residing in the continental United States were interviewed in English or Spanish by telephone using live interviewers. The results are statistically significant at ±1.9 percentage points.