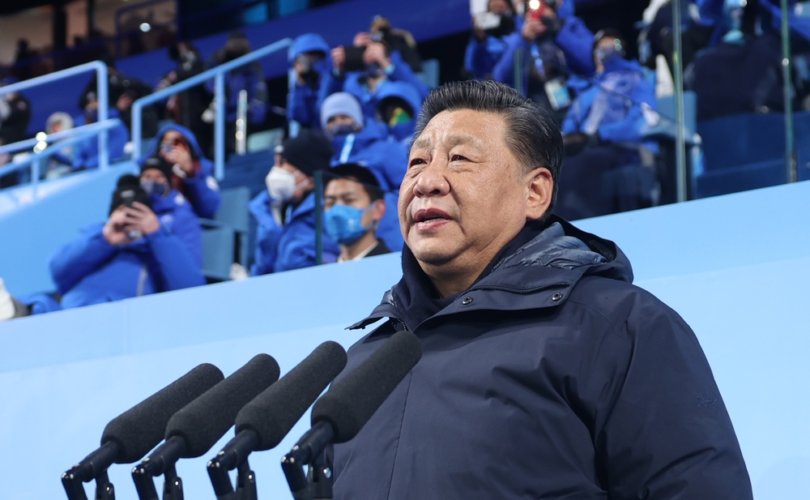 WASHINGTON, D.C. (LifeSiteNews) – The Genocide Games Task Force, a team jointly sponsored by the Committee on the Present Danger: China (CPDC) and Women’s Rights Without Frontiers (WRWF), urges Americans to not watch the Winter Games in Beijing.

“It is appalling that they are given the privilege of hosting the most prestigious event in the world, the Olympic Games, with hardly a whisper of opposition from the international community,” Littlejohn continued. “The Third Reich used the 1936 Berlin Olympics to legitimize itself, and shortly thereafter, invaded Poland and launched the Second World War. What will the CCP do after this manifest kowtowing of the world – invade Taiwan? It is absolutely critical that we do whatever we can to register opposition. Use our online toolkit and pledge not to watch the Genocide Games.”

At the task force’s website, GenocideGames.org, an Align Act campaign makes it easy for the public to create a Tweet storm during the opening ceremonies, and throughout the Games, to tell the U.S. Olympic Committee, the International Olympic Committee, NBC, ESPN, and major corporate sponsors:

“With our simple action tool, the Twitter handles for all the pertinent contacts will be automatically added in. If we all do this together during the Opening Ceremony on February 4, we’ll create a Twitter storm,” said task force member Dede Laugesen. “Then, let’s keep up the pressure. Communist China despises ridicule. Together, we can do our part to hold them accountable for their crimes against humanity and leave them with a black eye on the world stage.”