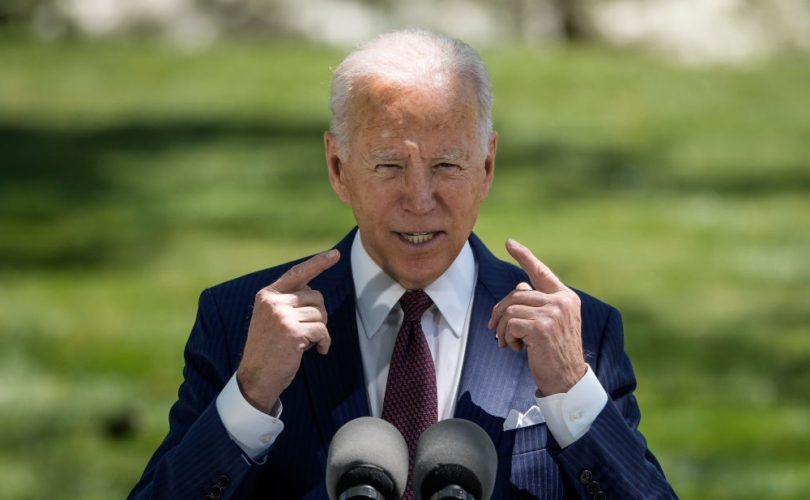 WASHINGTON, D.C., July 15, 2021 (LifeSiteNews) – The Biden administration is taking a strikingly different view of refugees hoping to flee to the United States from the Communist regime of Cuba than it does for illegal immigrants from Mexico, with U.S. Secretary of Homeland Security Alejandro Mayorkas stressing Tuesday that members of the former group will not be allowed to enter the country.

“We also stand in solidarity with the Cuban people and their call for freedom from the repression and economic suffering that the Cuban’s authoritarian regime is causing,” Mayorkas said during a Tuesday press briefing. But the “time is never right to attempt migration by sea. To those who risk their lives doing so, this risk is not worth taking. Allow me to be clear: if you take to the sea, you will not come to the United States.”

“If individuals make, establish a well-founded fear of persecution or torture, they are referred to third countries for resettlement,” he added.

The Homeland Security chief’s rhetoric contrasts sharply with the more relaxed posture the Biden administration has taken to illegal immigration overall, which has been credited with the humanitarian crisis at the southern border this year, as the border became flooded with an “unsustainable” number of crossers.

In fact, in February the administration specifically canceled predecessor Donald Trump’s third-country agreements with the governments of El Salvador, Guatemala, and Honduras to host refugees while their applications for political asylum in America were reviewed. In March, U.S. Border Patrol agents confirmed the agency was releasing illegals seeking asylum in the United States without a notice requiring them to appear in court at a specific date.

“Secretary Mayorkas made a pose of being tough on Haitian or Cuban boat people if we have a problem like that. But it wasn’t quite as tough as you think,” Center for Immigration Studies executive director Mark Krikorian told NewsNet. “Because, while he pledged to stop people from Haiti or Cuba coming by sea, he specifically said that. At the very time he was speaking, the Border Patrol was forced to let in people from Haiti and Cuba and a lot of other places, who snuck across the land border.”

Conservatives argue the apparent double standard is rooted in political self-interest rather than principle. Migration from Mexico has long been considered to be a source of reliable Democrat voters, whereas Cuban immigrants are generally Republican allies, thanks in large part to their firsthand and/or family experience living under Communist rule.

The national Black Lives Matter organization also weighed in, blaming the United States for Cuba’s current woes rather than the Cuban government, which it praised for granting asylum to “Black revolutionaries” like Assata Shakur:

Black Lives Matter has released a statement on Cuba: pic.twitter.com/NgnT1o1oZE

Shakur was a Black Panther member and avowed Marxist who in the 1970s was placed on the FBI’s Most Wanted List for violent crimes, including multiple bank robberies, kidnappings, and murders. She murdered Pennsylvania state trooper Werner Foerster in 1973 during a traffic stop, was sentenced to life in prison, and escaped in 1979 with the help of Cuban or Cuban-trained domestic terrorists.