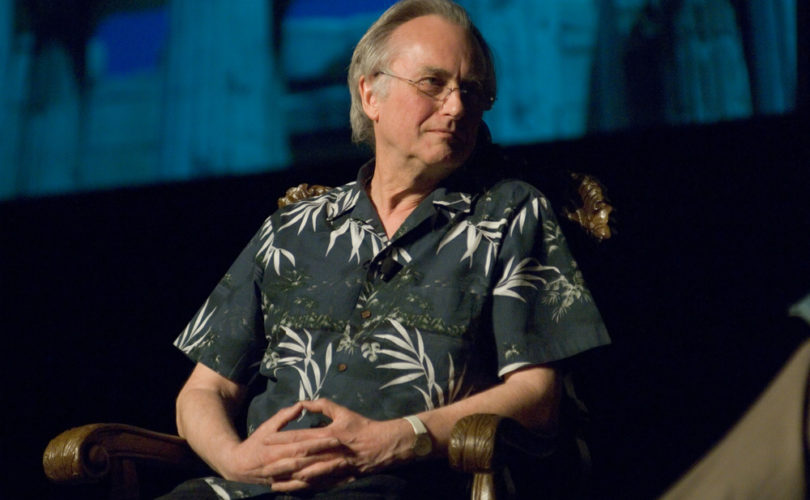 In a follow-up blog post presented as an 'apology,' Dawkins took a bleak view of life with Down syndrome, and said the 'moral and sensible' thing to do is abort.

Barely 24 hours after he sparked a Twitter furor by declaring that bringing a child with Down syndrome to term would be “immoral,” biologist and atheist Richard Dawkins has doubled down on his original assessment.

On Wednesday, in a reply to a Tweet from a woman who was uncertain how she would handle being pregnant with a child who has Down syndrome, Dawkins advised her to “Abort it and try again. It would be immoral to bring it into the world if you have the choice.”

He also said it was “very civilised” to abort children with Down syndrome because “these are fetuses, diagnosed before they have human feelings.” He also indicated that unborn children don't “suffer” from abortion.

In a blog post later in the day, framed as an “apology,” he wrote that he “regrets” using “abbreviated phraseology which caused so much upset,” blaming the shortness of Twitter for his answer.

“Given a free choice of having an early abortion or deliberately bringing a Down child into the world, I think the moral and sensible choice would be to abort.”

But while conceding that the choice would “obviously” be the mother's, he again repeated that he believes abortion is the truly “moral” option, and painting a bleak picture of life with Down syndrome or providing for a child with the condition.

Dawkins said his “morality is based…on a desire to increase the sum of happiness and reduce suffering” in the world.

Thus, he said, bearing the child “would probably be condemning yourself as a mother (or yourselves as a couple) to a lifetime of caring for an adult with the needs of a child.”

“Your child would probably have a short life expectancy,” continued Dawkins, “but, if she did outlive you, you would have the worry of who would care for her after you are gone. No wonder most people choose abortion when offered the choice. Having said that, the choice would be entirely yours and I would never dream of trying to impose my views on you or anyone else.”

Live Action's Lila Rose told LifeSiteNews that “it's sick and twisted for anyone to advocate for the killing of children with disabilities,” while Carol Boys, chief executive of the Down's Syndrome Association, told MailOnline that “people with Down’s syndrome can and do live full and rewarding lives,” and “also make a valuable contribution to our society.”

Dawkins' critics on Twitter and in online comments sections noted that Nazi Germany advocated for eugenics, including the targeting of babies with Down syndrome. They compared Dawkins' statements to those of the Hitler regime, as did John Hawkins of Right Wing News. Hawkins told LifeSiteNews that “Hitler had babies with Down Syndrome put to death. It's sad to see that an influential atheist like Richard Dawkins agrees with his reasoning.”

Jan Lucas, whose son Kevin has Down syndrome, told LifeSiteNews that far from suffering, Kevin has brought enormous joy to the family, and “is so loving. He just has a million hugs.” Kevin explained that his favorite things to do are “spending time with my family, and keeping God in prayer.”

In his Wednesday night post, Dawkins said eugenic accusations and claims that he was saying those with Down syndrome “had no right exist” were inaccurate. He also said that “at least half the problem” of people reacting negatively to what he said “lies in a wanton eagerness to misunderstand.”

Dawkins also noted that the vast majority of people abort their children when pre-born screening shows a child has Down syndrome. It is estimated that in many Western countries the abortion rate of children diagnosed in utero with Down syndrome is at least 90 percent.

However, polls have found that those who choose to bear their disabled children to term do not appear to be condemning themselves or their children to a life of suffering. One large survey found that 99 percent of respondents with Down syndrome described themselves as “happy,” and 99 percent of parents said they loved their child with Down syndrome.

Only 4 percent of parents who responded said they regretted having their child, while 97 percent said they were proud of them.

Richard Dawkins: I can’t condemn the ‘mild pedophilia’ I experienced