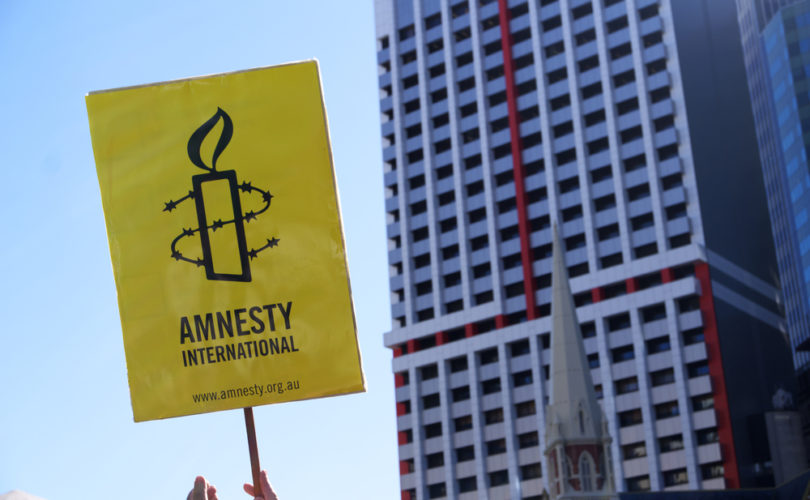 June 21, 2018 (Society for the Protection of Unborn Children) – Yesterday, the Northern Ireland office accidentally sent the briefing notes it had prepared for minister Karen Bradley to the press. It was a slightly embarrassing blunder, but “the notes were mainly innocuous and contained no great surprises” and Ms Bradley shrugged it off, saying “mistakes happen.”

However, the notes did reiterate the Government's position that abortion law in Northern Ireland is a matter for local politicians, and so it has no plans to amend it. This meant that Amnesty had to take the opportunity to continue pushing their extreme pro-abortion agenda.

Grainne Teggart of Amnesty International said: “It's deeply concerning and, frankly, unacceptable that the UK Government continues to abdicate its responsibility to women here.

“It's clear that some in government are happy for women to continue to fight through the courts or leave it to other MPs to drive through much needed change. This is shameful.”

Antonia Tully, SPUC's Campaigns Director, said: “Amnesty International has orchestrated a cheap media stunt around the leaked Karen Bradley notes, but we should not overlook the sinister pro-abortion agenda of this powerful group which is driving forward 'reproductive health' rights around the world.

“Amnesty is clearly determined to jump on every bandwagon to push its abortion message in Northern Ireland,” she continued. “This so-called 'human rights' organisation is riding roughshod over the right to life of unborn babies.  Amnesty's slogan 'standing up for humanity and human rights' rings hollow when it comes to unborn babies, who suffer the most barbaric discrimination on account of their extreme youth and weakness.

Not sympathetic to rights of the unborn

“What is truly shameful is Amnesty's total disregard for the rule of law. The leaked notes re-iterate the Government's position that it will leave abortion legislation in Northern Ireland to the people of Northern Ireland  and that any vote in Westminster would be free.”

Mrs Tully warned that Amnesty International, which only changed from having a neutral position on abortion in 2007, is no longer just concerned with human rights abuses. “We have repeatedly warned people, who might be misled in thinking that Amnesty International would be sympathetic to the human rights of unborn children, against supporting this organisation in any way,” she concluded.