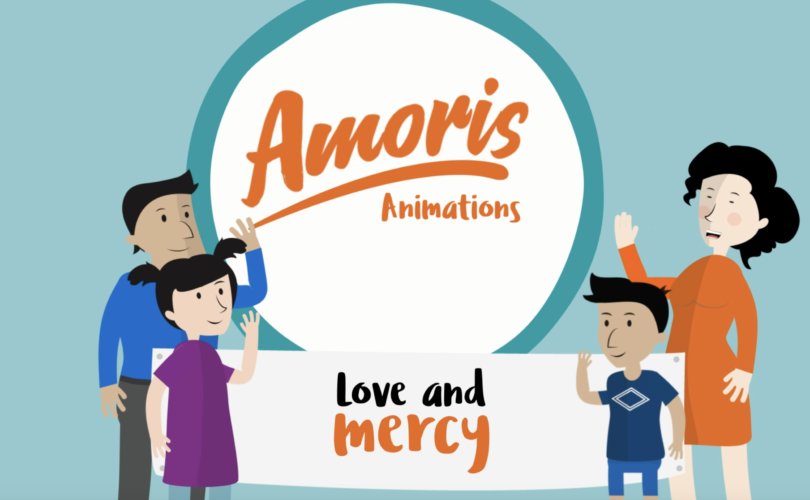 IRELAND, August 24, 2018 (LifeSiteNews) – The World Meeting of Families and its promoters in the Emerald Isle, in conjunction with the conference’s Amoris Laetitia theme, have released an icon, videos, and games promoting the controversial papal document.

The triptych shows the Holy Family eating a meal together, flanked by two scenes from the Bible: Jesus raising Jairus’ daughter and the wedding feast at Cana. “Amoris Laetitia” is written prominently at the base of the image.

The World Meeting of Families’ official explanation of the icon uses quotes and information from the Greek Orthodox Church. Icons are predominantly found in the Orthodox Church and Eastern Catholic Churches.

It is not typical for the Vatican to market a papal document by having an icon written to promote it.

Amoris Laetitia has led some bishops to announce they will allow those living in adulterous unions to receive Holy Communion in contradiction of the Catholic Church’s perennial teaching. Four cardinals, two of whom have since died, submitted a formal request called a dubia to Pope Francis, asking him if the document is aligned with Catholic morality. It has been 704 days since the pontiff received that request.

He has not answered it, although he has lent his support to heterodox interpretations of the document, like from the bishops of Buenos Aires.

A website promoting Amoris Laetitia and the World Meeting of Families, amoris.ie, has also been rolled out and features, in addition to the icon, cartoons that supposedly depict lessons from the document. These “Amoris animations” were designed by a company that has previously produced cartoons about climate change for CAFOD, the UK bishops’ scandal-ridden charity. It has also produced a video on Blessed Oscar Romero.

The six “Amoris animations” are titled Families living in a digital world, Family: a living reflection of the Trinity, Love and imperfection, Consumerism and families, Love and mercy, and How families transform the world.

They feature narration about modern family life as a cartoon family consisting of a mother, father, son, and daughter is shown.

“Couples come home exhausted after work, not wanting to talk, and take refuge in online distractions,” the narrator says in Families living in a digital world. The two children are depicted as having smartphones.

“Of course we love all the benefits this new technology brings,” the narrator continues. “We can instantly access news and information from all over the world…it is so easy to click on the latest news update, check emails, watch a video of cute kitten – ahhhh. These never-ending updates distract us from the most important update of all: the one that is unfolding right in front of us.”

The son, frustrated his dad is looking at his cell phone and not him and his soccer ball, walks away disappointed.

Love and imperfection shows some of the challenges of family life as being overflowing trash cans and empty toilet paper rolls not being replaced. The family again is shown watching television.

“Families live in the real world, with daily challenges that can put a stress on the family circle,” the narrator says in Family: a living reflection of the Trinity. One of the scenes shows the mother in work clothes upset as her husband lies on the sofa with his smartphone amid a messy room.

Consumerism and families notes that “consumer values” can undermine values learned in the family, although the video does not elaborate on what those family values might be.

Love and mercy shows the parents frustrated with a tattooed relative who has body piercings and a drinking problem, ultimately illustrating the message that struggling youth should be reached out to and not kicked to the curb.

“Parents can come home exhausted after work, not wanting to talk,” the narrator warns. “Addictions such as gambling, drugs, and alcohol can be the cause of immense suffering and result in family breakups.”

How families transform the world mentions protecting pre-born children as a way for families to “proclaim the Gospel” – alongside “protecting creation” and “transforming unjust social structures.”

“Families can also proclaim the Gospel by caring for the poor, by protecting creation and the unborn child, by standing together with other families, including those most in need, and transforming unjust social structures,” the video says. “Families are the places where we learn community values, which knit a firm social fabric that binds the world together.”

These animations are also currently featured in English, French, Spanish, and Italian on the icatholic.ie homepage.

Amoris.ie also promotes a 64-page “parish programme” on Amoris Laetitia. The fifth of six sessions in that program shows a 13-minute video that is “a selection of short interviews with people about their different experiences of family life. Interviewees to include: a couple whose marriage struggled but survived; a couple whose marriage didn’t survive; parents who have chosen not to marry; a couple in a second union; someone who is gay or lesbian; a single parent, etc.”

“The Church upholds the ideal of marriage as a committed, permanent union between a man and a woman open to new life,” the program teaches. “However, the Church must also support families who do not match this ideal.”

The program offers this half-true trope, the gist of which is used by dissident Catholics to discourage the faithful from stating obvious truths about intrinsically evil actions: “It is unwise to make judgements from outside of particular situations, without full awareness of all the factors involved in the choices people have made or the realities that exist behind outward appearances.”

Amoris.ie also offers free “Amoris cubes” to anyone willing to pay shipping and handling. These cubes, which are marketed as a great First Communion gift, are made of foam. The cubes’ six sides have “messages on practical ways we can show love in the family, with friends, neighbours and even people we don’t get on with!”

Families should toss the cube and try to incorporate whatever message comes up into their lives that day, the promotional materials encourage. These materials suggest the cube be incorporated into First Communion Masses.

“Decide where and how you want to present the gift to the children at the First Communion ceremony,” it suggests. “First Communion is a major family event in Irish society. This initiative offers a simple and fun way of communicating to families some of the core messages of The Joy of Love.”

Another World Meeting of Families-provided resource for parishes are “gift token” books for St. Valentine’s Day. Parishes can distribute these books of coupons for things like “loads of tender hugs” and “a hand-in-hand walk together” for couples to give each other as gifts.

Amoris.ie asks that those being Confirmed come together to commit 100,000 “acts of kindness” as a gift to Pope Francis and the World Meeting of Families. These “acts of kindness” are divided into the following categories: “Showing Gratitude and Joy,” “Reconciling myself with others,” “Using my gifts and talents to help others,” “Making good choices,” and “Caring for the earth, our common home.”

The “acts of kindness” inspired by Amoris Laetitia or Laudato Si’ can be submitted online to conference organizers.

The materials suggest Confirmandi recognize their “own gifts and talents,” reduce cell phone use, and not waste food or water.

“Acts of kindness” certificates in English and Irish are available for printing.

An alternative meeting, the Conference of Catholic Families, also took place in Dublin this week. It promoted traditional Catholic teaching.

Cardinals Donald Wuerl and Sean O’Malley both withdrew from their scheduled appearances at the World Meeting of Families as they face scrutiny over the Theodore McCarrick and Pennsylvania sex abuse scandals.