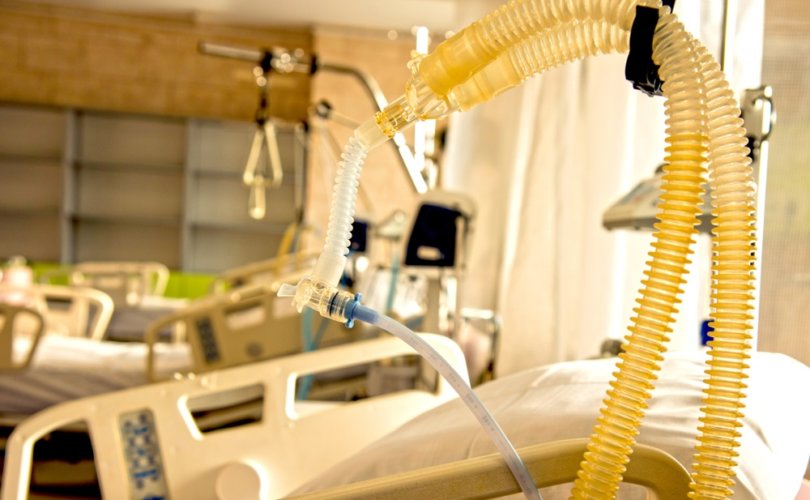 (LifeSiteNews) – More than 30,000 Americans were killed by being placed on ventilators for COVID-19 through April 2020, according to an astonishing analysis by attorney and investigative journalist Michael Senger.

In his October 5 newsletter, Senger reviews data from the U.S. Centers for Disease Control & Prevention (CDC) “on all-cause excess deaths by state during peak lockdown in April 2020,” and determines that “over 30,000 Americans appear to have been killed by mechanical ventilators or other forms of medical iatrogenesis throughout April 2020, primarily in the area around New York.”

“The first pattern that emerges from this data,” he wrote, “is a clear correlation between population density particularly in low-income areas, cold weather, and excess deaths per capita,” which shows “New York City, with New York, New Jersey, Connecticut, and Massachusetts generally experiencing the greatest percentages of excess deaths per capita for each week of April 2020.”

But while at first glance this might seem to suggest an especially deadly strain of COVID-19 hit the region at that time, Senger says that thesis would be undermined “by the fact that states like Vermont and New Hampshire, which are both very close to New York, had some of the lowest percentages of excess deaths of any states. Even more remarkably, Maine is very close to New York and had virtually no excess deaths to speak of throughout April 2020.”

What best explains the discrepancy, he argues, is that “the area around New York experienced a particular hysteria for the use of mechanical ventilators in spring 2020 to an extent that other states did not,” citing “hundreds” of examples of news articles about a fervor for ventilators disproportionately gripping New York and New Jersey.

“Given we now know that patients over age 65 were more than 26 times as likely to survive if they were not placed on mechanical ventilators, it’s not hard to see how this hysteria for mechanical ventilators in the New York area accounted for the particularly high excess death rates in that region,” Senger wrote.

While acknowledging the lack of sufficient investigation into the question to yield conclusive answers, Senger offers a minimum of 30,000 as a “conservative estimate based on the data above by using the percentage of excess deaths in a comparable state that did not experience as much ventilator hysteria.

New York was one of the first states whose COVID response, initially touted as a model in the press, soon turned into a cautionary tale for housing nursing home residents with the infected, causing thousands of needless deaths. More broadly, reviews have found that the lockdowns favored by more liberal states were either ineffective at saving lives, or that what benefit they offered was outweighed by far greater harms.

While government COVID-19 mandates remain far from resolved, Democrat leaders and public health officials have backed away from some of them over the past year as it became clear they were not only ineffective and harmful, but deeply unpopular as well. In January, CDC Director Rochelle Walensky admitted the Biden administration’s decision to cut in half the isolation guidance for infected Americans based in part on “what we thought people would be able to tolerate.”