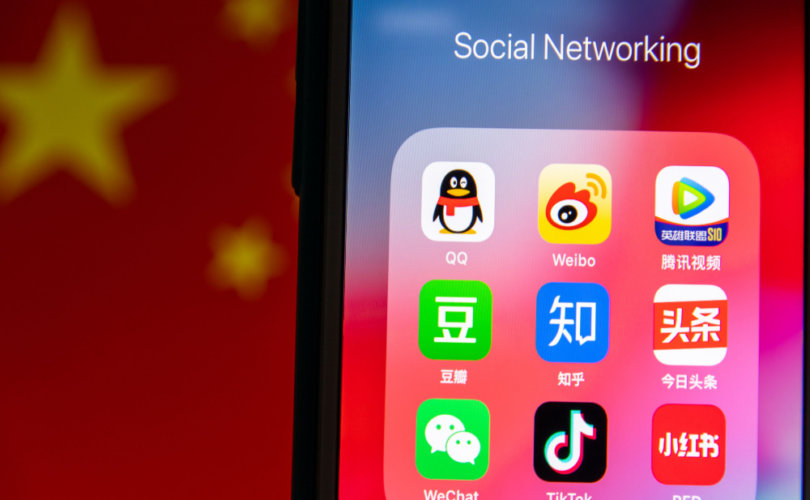 OTTAWA (LifeSiteNews) – According to an analysis conducted by a federal research unit, the Chinese Communist Party (CCP) may have tried to influence the outcome of the Canadian 2021 federal election through the spread of disinformation about the Conservative Party of Canada (CPC).

According to a report obtained by the Canadian Press through the Access to Information Act, an analysis acquired one week before the September 20, 2021, federal election by Rapid Response Mechanism Canada (RRMC) found that China-based social media apps were riddled with CCP disinformation about the Conservative Party.

The RRMC analysis indicated that the Chinese social media apps were put through a digital forensic scan using web archives along with other techniques.

The RRMC analysis showed that the CCP news organization the Global Times started to report about the Conservative Party in the middle of September.

Also found by the RRMC report was that some Canadian news accounts on WeChat came from China.

The Chinese apps were found to have been speaking in a very negative manner about the Conservative Party platform, claiming “Chinese are frightened by the platform” and asking whether or not Chinese compatriots “should support the Conservatives if they use this rhetoric.”

The RRMC was not able to find out whether there is “coordination between the CCP media that originally promoted the narrative and the popular WeChat news accounts that service Chinese-speaking Canadians that are now amplifying the narrative.”

China, however, is denying that it interfered in the 2021 election. Asked to provide its take on the RRMC analysis, the Chinese Embassy in Ottawa noted, “China has always adhered to the principle of non-interference in the internal affairs of other countries.”

Asked to comment on the analysis, the Chinese Embassy in Ottawa said, “China has always adhered to the principle of non-interference in the internal affairs of other countries.”

In the 2021 federal election, then-leader of the Conservative Party Erin O’Toole, despite being weak on the pro-life front, took a hard stance against the CCP. One of the party’s 2021 platforms included confronting the CCP’s human rights abuses.

In early 2021, O’Toole said that China should not be allowed to host the 2022 Winter Olympics due to their “genocide” of the Uyghurs.

Even though O’Toole used the word “genocide” to describe the treatment of the Uyghurs in China, Trudeau said using the term “genocide” was “extremely loaded.”

O’Toole also spoke out regarding the detainment of the two Canadian Michaels, Michael Kovrig and Michael Spavor, who were recently freed. He also criticized Trudeau’s apparent coziness with the Chinese telecommunications company Huawei, which has since been banned from Canada’s telecommunications 5G networks.

In 2020, LifeSiteNews reported that top-secret military documents showed that under Trudeau’s watch troops from China’s Liberation Army (PLA) had been invited to train in Canada at a military base in Ontario.

This prompted O’Toole to blast the Trudeau government. O’Toole questioned why Trudeau “fought for Canada to train China’s military on Canadian soil, against the direct advice of the chief of the defence staff” shortly after “Canadian citizens (the two Michaels) were taken hostage by the Communist regime in China.”