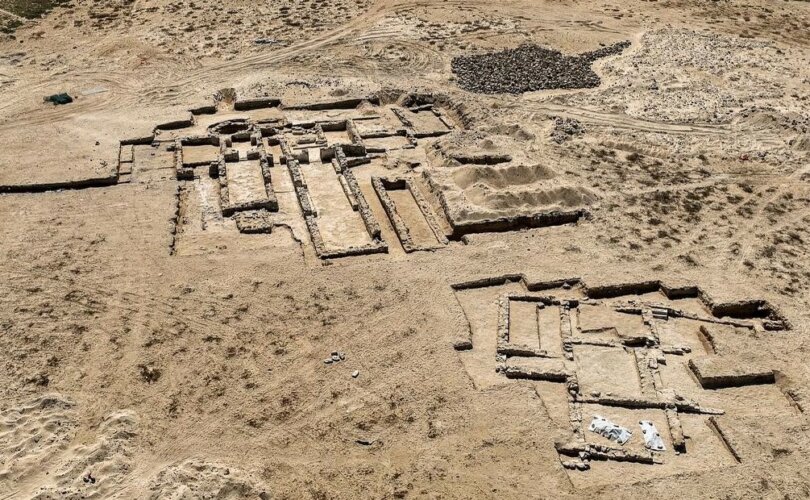 (LifeSiteNews) — An ancient Christian monastery discovered earlier this week was in use before the founding of the Islamic religion that now dominates the Middle East.

On Thursday, officials of the United Arab Emirates (UAE) announced that the country had uncovered its second ancient monastery, which is said to date back to between the 6th and 8th centuries. Archaeologists speculate that the site was constructed between 534 and 656 A.D., which indicates it was built before Muhammad was born in roughly 570 A.D.

“Today, we announce the discovery of the historic Christian monastery on the island of Al Seniya,” Majid Al Mualla, the chairman of Umm Al Quwain’s Department of Tourism and Archaeology, posted on Twitter. “This archaeological discovery confirms that the island of Al Seniya played a pivotal role in understanding the history of Umm Al Quwain and a prominent example of the religious communities that settled on the island at the time.”

The Daily Mail reported that “remains of the monastery suggest Christian worshippers prayed within a single-aisle church, which had additional rooms for baptism and baking wafers for communion.” Individual cells or rooms for the monks to spend time alone were also found.

A separate building adjacent to the monastery suggests the spot that was “likely the home to the head of the monastery.” In addition to this discovery, archaeologists uncovered another monastery in 1990 in the same region. Cells, kitchens, and animal pens were identified in this structure as well as a courtyard surrounding the church.

There were also several houses nearby, “suggesting this was a permanent settlement.” This first monastery was in an opportune location for those making their way to India along a trade route. The Daily Mail states that “historians believe the two [monasteries] were eventually abandoned as Christians began to convert to Islam as the faith became more prevalent in the region.”

Since the rise of Islam in the Middle East, there has also been an increase of persecution against Christians. A report released in July showed that a significant number of people in Europe who converted from Islam to Christianity experience persecution for their faith. Iraq has been known for years as a dangerous place for Christians. More recently, there has been a greater need for a catechetical revival and support for those following Christ, as told to LifeSiteNews by a Catholic Iraqi refugee.

Similarly, Nigeria has seen a recent increase in violence against Catholics in particular. A terrorist attack over the summer killed 50 faithful Catholics attending Mass on Pentecost Sunday.