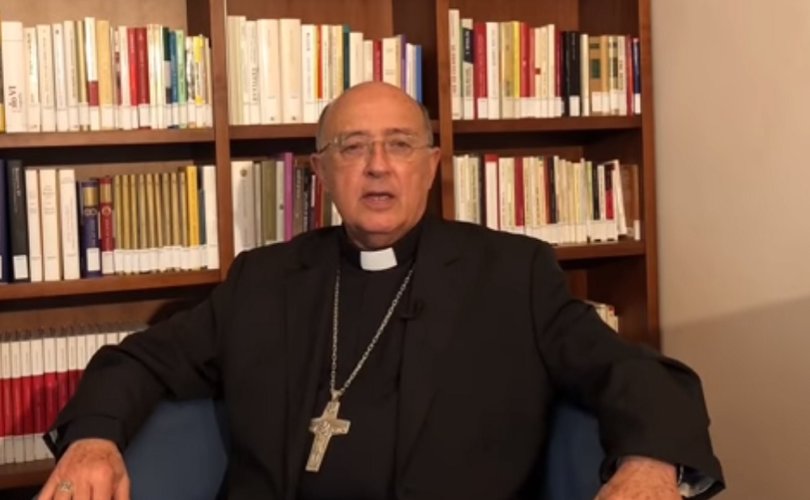 VATICAN CITY, October 8, 2019 (LifeSiteNews) ― A Peruvian cardinal reacted forcefully when a journalist raised the question of infanticide among aboriginal peoples in the Amazon region.

“I have [just] heard that at this moment that there are Amazonian peoples practicing infanticide,” Barreto said.

“This cannot be affirmed so easily because it indicates a situation of savagery. I am not aware of that,” he continued.

Barreto objected to the question having even been raised.

“I say this with all clarity,” he continued. “Sometimes, there are things that put out there which normally should not be said unless they can be corroborated …. Second, and this is most important, if there is anything that Jesus teaches us, it that life is first. All human life is sacred.”

Cardinal Barreto is a key member of the Synod for the Bishops of the Pan-Amazonian region, for he is the co-founder of the Pan-Amazonian Eccesial Network (REPAM). He reminded his listeners that Pope Francis had earlier expressed disappointment that some clerics had laughed at the feathered headdresses of some of the aboriginals at a Synod Mass, apparently implying that even to suggest aboriginals practice infanticide was racist.

“If someone within the Church should affirm that those practices are possible, he would be disowning the essence of the Gospel,” he said.

The Italian journalist had introduced the subject to question the idea that the rest of the Church must learn from the “ancient wisdom” of “pure” aboriginal peoples. However, Cardinal Barreto insisted that their ecological “wisdom” must be recognized.

“We must recognize the ancestral wisdom,” he said. “In Amazonia, they have lived for thousands and thousands of years – the native peoples – they have enriched, from the botanical point of view, the biome.”

However, Victoria Lucia Tauli-Corpuz, the Filipina UN Special Rapporteur on the rights of indigenous peoples, did not deny the infanticide charge. Instead she acknowledged that aboriginal people have customs and traditions are not consistent with human rights.

Addressing the journalist’s charge that some non-aboriginals justify Amazonian infanticide, Tauli-Corpuz said that she herself did not agree that it should be practiced in any way, and that the UN Declaration of the Rights of Indigenous Peoples is similarly opposed to the custom.

“It says that indigenous people have the obligation to make their cultures and their customs consistent with human rights standards,” she explained.

“And it says this in the context of violence against women and of course the rights of children.”

Tauli-Corpuz added that the issue was the subject of debate when the UN Declaration was being negotiated.

“All the indigenous people who took part agreed that [they themselves] have to change some of [their] cultures and traditions which are not consistent with international human rights standards.”

She said that those involved in promoting human rights are doing their best to “correct and rectify those practices and customs that we see are not respecting human rights.”

Amazonian chief: some aboriginal tribes are ‘still killing children who are born with defects’

Jonas Marcolino Macuxí, the chief of the Macuxi tribe and an Evangelical Christian, said that some aboriginal tribes are “still killing children who are born with defects.” He said the practice persists in part because “even the bishops in the area tell them that they have to go back to their old ways, because they are much better than the customs and way of being of modern white society.”

Marcolino told Edward Pentin of the National Catholic Register that, “according to the traditional religions, when a child is born with a defect, he’s buried alive.”

“Those things were ending; but now, with the idea that [aborigional peoples] have to go back to primitivism, they remain,” he said.

“The Universal Declaration of Human Rights stated that everybody is born with certain rights, and the right to life obviously applies to a child with defects.”

In 2009, the Hakani Campaign, an organization opposed to infanticide, shocked Brazil with a video reenacting a live burial as the Campaign says it is performed among Amazonian peoples. Some tribes murder albino infants, while others believe that one of a pair of twins is necessarily evil and must be killed.

According to France 24, it “revived a debate in Brazil about whether the practice should be criminalized, or respected as a traditional belief.”

The film was fiercely criticized by those who stated it was inciting racial hatred.