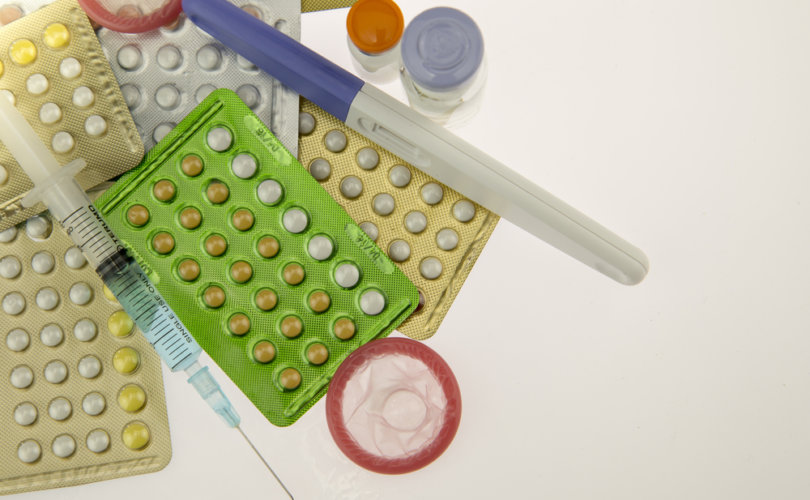 The order directs the state Department of Financial Services and Department of Health to force insurers to cover over-the-counter emergency contraception (which has the capacity to act as an abortifacient), voluntary sterilization, and other FDA-approved female contraceptive drugs or devices, as well as dispense a year’s worth of contraception at once, “all without co-insurance, co-pays or deductibles,” Cuomo’s office announced.

“A representative from the governor’s office clarified that copays are a subset of cost-sharing, so ‘no cost-sharing’ means that consumers pay no additional fees for the service,” AM New York added.

The announcement, made before the identity of President Donald Trump’s latest judicial nominee was revealed, said the measure was a safeguard against “an extreme conservative Supreme Court Justice who could roll back advancements in reproductive health care.”

Cuomo signed the order on Tuesday, and said at a pro-abortion rally at the Yonkers Public Library's Will branch there was “no question” Judge Brett Kavanaugh “will overturn Roe v. Wade.” Kavanaugh’s views on the subject are not fully known, but pro-lifers see causes for both encouragement and concern in his record.

In addition, Cuomo called on the state Senate to vote on legislation codifying Roe v. Wade’s protection of abortion in state law. The state Assembly has passed the so-called Reproductive Health Act in each of the past six years, but the Senate has never voted on it. In the New York Legislature, Democrats enjoy an overwhelming 104-41 Assembly majority, but a razor-thin 32-31 Senate majority (the Senate currently has a Republican majority leader due to a power-sharing agreement between the Independent Democratic Conference and Senate Republicans).

“One of the reasons they opposed it, they said, 'Well, we have Roe v. Wade in law. And there's no way anybody would ever think of overturning Roe v. Wade,'” Cuomo said. “These were the Republican senators just a couple of years ago, telling me it's unimaginable that anyone would try to overturn Roe v. Wade. Well, they elected someone who wants to do the unimaginable.”

Even though it remains unknown how Kavanaugh or all four current conservative justices will vote on Roe, the abortion lobby has begun taking several steps to insulate abortion-on-demand from a hypothetical case overturning it. Democrats in Massachusetts recently moved to repeal the state’s century-old, pre-Roe abortion ban (one of ten still on the books yet unenforced), while pro-life activist Rebecca Kiessling warns that pro-abortion groups in states like Iowa, North Dakota, and Minnesota are filing lawsuits claiming a “right” to abortion rooted in state constitutions rather than Roe v. Wade.

The move is the latest in a string of aggressively pro-abortion moves by the New York governor, who has previously embraced late-term abortion and called for mandating that abortions themselves be provided at no cost as well. In 2013 he promoted an women’s “bill of rights” that critics said would effectively allow abortion up until birth.

A year later, Cuomo landed in hot water for saying that “right-to-life” supporters “have no place in the state of New York, because that's not who New Yorkers are.” He later walked back the attack by claiming he “respects” the pro-life position and meant only that it was a minority position that “cannot win statewide.”