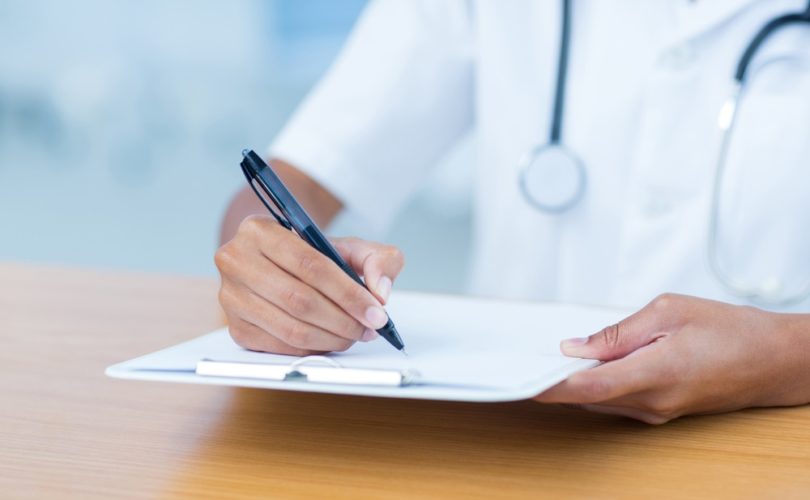 FRESNO, California, February 24, 2016 (LifeSiteNews) – A formerly Catholic hospital is being sued for negligence and elder abuse resulting in the death of a woman for the sake of her two-million-dollar estate.

Dorothy Lee, a bedridden patient at St. Agnes Medical Center, repeatedly expressed to her caregivers and to hospital officials, in person and in writing, that she wanted life-saving treatment and resuscitation if needed to live. Nevertheless, the St. Agnes Medical Center is accused of intentional euthanasia via medical neglect.

Dorothy's sons by her first husband, Alan and Dan Marcum, have agreed to bring the lawsuit against the former Catholic hospital and against Dorothy's relatives, with Alan as the filing plaintiff.

The legal complaint notes that Dorothy's second husband, Herbert Lee Thomas (Lee), was Dorothy's primary caregiver, even though two of her physicians officially reported Lee as incompetent and not giving Dorothy adequate care. The complaint alleges that Lee concealed the doctors' report from Alan and Dan Malcom.

According to the lawsuit, Lee abused Dorothy, including withholding medication, not filling prescriptions, canceling needed prescriptions, and physical abuse. She was not only found on numerous times malnourished, dehydrated and with bed sores, but also hospitalized for broken ribs, bruised eyes, and other physical injuries.

At one point, Alan and Dan hired a caregiver for their mother, but Lee had the caregiver do housework instead.

What is significant on principle for pro-lifers is that on several occasions, Dorothy signed health care directives for life sustaining treatment. She plainly stated her desire that everything be done to save her in the event that medical intervention became necessary.

Even after being admitted to St. Agnes Medical Center on April 29, 2013, Dorothy had her signed forms indicating she wanted life-saving medical care, and the attending physician noted them. Nevertheless, Dorothy was given “Advanced Directive” forms again, and she signed them, too. She consistently indicated that everything should be done to save her life, including what the modern medical community terms “full resuscitation.”

(The complaint alleges that Lee did not notify Dorothy's sons Alan or Dan Malcom that their mother had been hospitalized.)

Then one of the defendants, Lee's daughter Sharon Wimberley – a health care professional for 20 years – told Dr. Chinnapa Nareddy that Dorothy should not receive any lifesaving treatment whatsoever.

The complaint calls Wimberley “the Angel of Death” and alleges that she “knew that Dorothy wanted her Advance Healthcare Directive mandating full resuscitation to be followed, yet she disregarded Dorothy's wishes.”

“All therapies were specifically removed, and no further efforts were made to help her stay alive,” the legal complaint states.

Thus, at 5:45 p.m., Dorothy died, alone, with no family, of respiratory failure.

A subsequent review of Dorothy's records by an expert witness concluded that it was probable that Dorothy would have lived had she been treated as directed.

Two days after Dorothy died, Dr. Nareddy altered Dorothy's medical records to falsely show that she wanted Do Not Resuscitate orders followed. Therefore, the complaint states, the nursing staff that discovered that Dorothy had stopped breathing were not able to check her status.

Sara Buscher, a pro-life attorney, consultant for Pro-Life Alliance, and anti-euthanasia speaker, summarized to LifeSiteNews, “This woman repeatedly indicated she wanted full life-saving medical treatment. While in the hospital, a woman the complaint refers to as an 'Angel of Death' tells medical staff to cease all treatment. They did, and the woman died. Behind the scenes, stepchildren were moving to get the woman's assets.”

St. Agnes Medical Center is allied with “Dignity Health,” but by the episcopal decree of Bishop Olmstead of Phoenix, the alliance has been prohibited from using its former title, “Catholic Healthcare West.”

In December 2010, Bishop Olmsted announced that the Roman Catholic Diocese of Phoenix was severing its affiliation with the St. Joseph's Hospital and Medical Center, which is owned by Catholic Healthcare West, after months of discussion had failed to obtain from the hospital management a promise not to perform abortions in the future.

When “Catholic Healthcare West” was forced to become “Dignity Health,” the alliance began allowing sterilization at its non-Catholic hospitals. At the same time, modernhealthcare.com reports, Dignity Health had “$917 million in net income for fiscal 2011 …, an 89% increase from $485.7 million in 2010.”

Significantly, with the disaffiliation from Catholicism, “Dignity Health's board of directors now serves as the top level of governance. Previously, the system's six Catholic sponsoring congregations served that function.”

Pro-abortion MergerWatch's Lois Uttley commented about the change from Catholic affiliation to the secular “Dignity Health”: “It's recognition … that non-Catholic hospitals can be reluctant to partner with a Catholic hospital or health system because of worries about having restrictive services they provide” – specifically, abortion “services.”

The United States Conference of Catholic Bishops (USCCB) issued directives allowing procedures to save the life of the mother that result in the death of a baby in the womb. The directive is a universally applied rule, referring to “operations, treatments, and medications that have as their direct purpose the cure of a proportionately serious pathological condition of a pregnant woman.”

Abortion has as its goal the killing of a growing child. Therefore the USCCB's directive applies only in the case of the death of the unborn child as an unintended consequence.

The same USCCB document that allows procedures to save mothers that may result in the death of their babies states, “Abortion (that is, the directly intended termination of pregnancy …) is never permitted[.] … Catholic health care institutions are not to provide abortion services.”

Lawrence Singer, director of the Beazley Institute for Health Law and Policy at Loyola University, says the time is coming when simultaneously complying with Obamacare and Catholic teaching is mutually impossible. “Either government policy in the Affordable Care Act or community demand for [abortion] services is such that Catholic health care providers won't effectively be able to compete or serve their market any longer.”