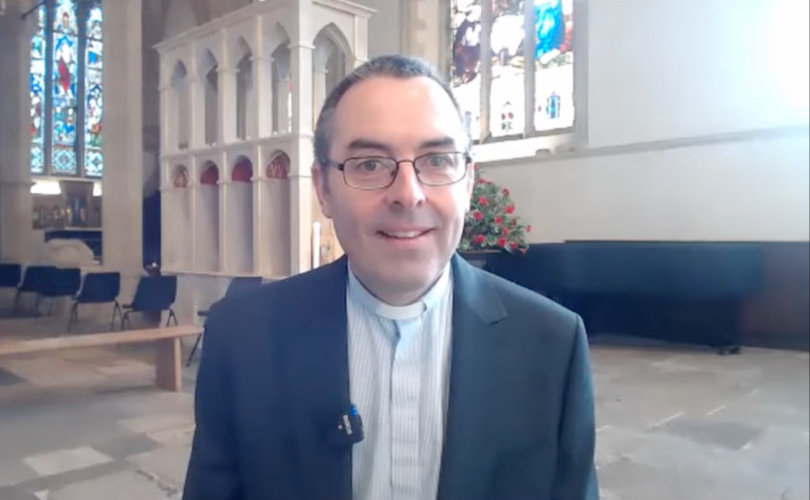 WESTMINSTER, England (LifeSiteNews) — Four Church of England bishops have condemned a letter signed by thousands of their own ministers which opposed a proposed ban on conversion therapy in England, saying that the letter “does not have a monopoly of Christian opinion.”

In December 2021, 2,546 Christian ministers and pastoral workers signed and delivered a letter — called “Ministers’ Consultation Response” — to the U.K. Foreign Secretary Liz Truss MP, who is also the Minister for Women and Equalities.

Drawn up in response to the Truss’ parliamentary consultation “Banning Conversion Therapy,” the signatories warned that the legislation would “impact the normal practice of religion,” due to its overreach and wide range of activities which it addressed and banned.

The signatories did not oppose a ban on conversion therapy itself, saying that none of them had “any interest in defending any kind of ‘gay cure.’” Instead they warned the normative Church teaching on sexuality could be criminalized along with conversion therapy.

The ban would “criminalize” their “duty as ministers, of proclaiming the Lordship of Jesus Christ, and calling people to find life in him, which includes living by his laws,” reads the December letter.

“We also believe it could be used against Christian parents who could equally be criminalised for loving advice and teaching given to their own children,” warned the signatories, who were since joined by 4,984 additional signatories.

Owing to the government’s “so broad as to be essentially meaningless” definition of conversion therapy, the signatories warned the ban could make it a “criminal offence for us as Christian ministers to persuade, to teach and to help people of every age to become, and to live as, orthodox Christians,” as well as teaching children “that God made them male and female, in his image, and has reserved sex for the marriage of one man and one woman.”

The letter was met with stern disapproval from the three Anglican bishops of Dorchester, Whitby and Sheffield who independently wrote saying that the signatories’ opposition to the ban on conversion therapy “cut[s] across the settled view of the Church of England.”

Bishop Gavin Collins of Dorchester protested the letter as being “not representative of the Church of England today.” The authors “diminish people who are in faithful same sex relationships and those who are transgender,” claimed Bishop Collins.

He was supported by Whitby’s Bishop Paul Ferguson, who condemned the “theologically conservative Christians,” saying they “do not have a monopoly of Christian opinion, nor do they have good safe practice or scientific evidence on their side.” The issue was not theological or religious, said Ferguson, “it is one of public safety and welfare.”

Excellent letter from Bishop of Whitby, Rt Revd Paul Ferguson to his MP regarding ‘the evangelicals letter’ & highlighting his concern that this kind of prayer risks causing ‘life-long damage’.

He asks that legislation be drafted not to allow a loop hole for this!@BanCTorg pic.twitter.com/QshjKchYPL

In addition to these, Sheffield’s Bishop Pete Wilcox joined forces with Doncasters’ Bishop Sophie Jelly to add their protestations to the letter, accusing it of causing “unnecessary anguish … to members of our churches, most acutely among LGBTI+ people.”

In response, Reverend Dr. Matthew Roberts, one of the letter’s original 11 authors and a Presbyterian minister, called out the Anglican bishops’ response. All of them focused on defending the ban of conversion therapy, which, however, was not opposed by the 2,546 signatories. “We spoke of nothing but the doctrine of marriage,” wrote Roberts, “which despite what perhaps the bishop [of Dorchester] wishes, remains the ‘settled view of the Church of England’.”

“Why do bishops in the Church of England seem as if they want to see some of their own clergy put behind bars?” Roberts asked.

How are clergy who are not persuaded, understandably, that their denomination should depart from 2,000 consistent years of church teaching, to serve under bishops who might then endorse their incarceration for holding that opinion? Particularly when that is the official teaching of their own Church?

Under the government’s proposal, even “talking conversion therapy,” which is described as “communication such as casual conversations, exchanges of views, private prayer or pure speech acts,” could result in a jail term of up to five years, along with an “unlimited” fine.

“A law which does not give liberty to teach people of every age, as Christians always have, that sex is designed exclusively for the covenant bond between husband and wife, is a law which would put faithful Christian ministers in almost every denomination in prison,” continued Dr. Roberts. “It is hard to believe that the Church of England’s bishops want that. It is extremely serious if they do.”

While the government in Westminster is proposing conversion therapy bans, the neighboring governments in Scotland and Ireland are also considering such legislation. The Christian Institute is preparing to fight the Scottish government in court, saying the law would “target conversations based on beliefs and individual viewpoints.”

Meanwhile in Ireland, Fr. Phillip Bochanski, executive director of Courage International, warned the country’s equivalent bill would “restrict the freedom, and often the willingness, of pastoral ministers and other people of faith and good will to speak, in public or one-on-one, about what the Word of God has to say on issues of sexual morality, attraction and identity.”

In all three countries, campaigners have warned that the legislation would threaten religious ministers with prison over the free and public exercise of their religion.