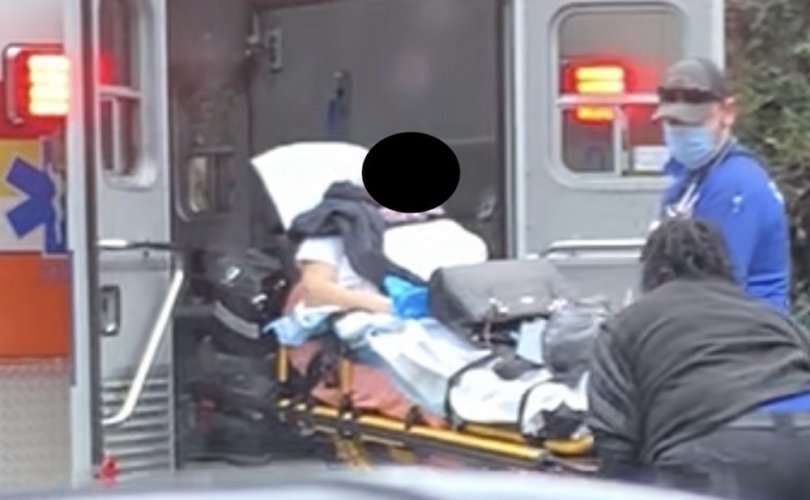 A Moment of Hope

COLUMBIA, South Carolina (LifeSiteNews) — Another ambulance was spotted answering a call at a Planned Parenthood facility in Columbia, South Carolina, last week, according to video obtained by pro-life sidewalk ministry A Moment of Hope (AMOH).

“For the second time this year, we’ve witnessed an ambulance arrive to transport an abortion patient to the hospital,” AMOH executive director Mark Baumgartner said of the incident, which occurred September 24 at Planned Parenthood Columbia Health Center (PPCHC). “Abortion is never safe. It’s never safe for the baby, and many times it’s not safe for the mother.”

Baumgartner explained to LifeSiteNews that abortions were the only procedures the facility offered on the day in question, and that abortionist Harvey Neil Brown was seen entering the building beforehand. Brown is in his mid-70s. LifeSiteNews will follow the case for updates on the patients’ condition.

This is not the first such incident at PPCHC. In April, AMOH obtained and released audio of a 911 call from the facility, requesting an ambulance for a 29-year-old abortion patient “bleeding out” on January 12.

In 2015, the South Carolina Department of Health & Environmental Control (DHEC) found PPCHC to be in violation of 21 state laws and regulations, including “non-compliance with the Woman’s Right to Know Act, incomplete medical and employee records, expired medications, improper infectious waste disposal practices, and failure to report abortions to DHEC Vital Statistics in a timely manner.”

Despite countless such cases of women harmed by abortion and documented health and safety deficiencies at abortion centers across the United States, national Democrats are currently pushing legislation that would, among other things, forbid states from subjecting the abortion industry to health and safety regulations, such as admitting privileges and informed-consent requirements.