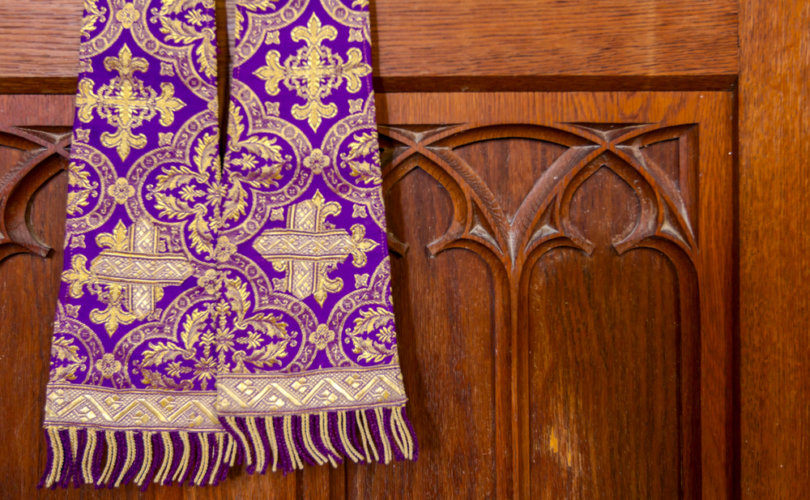 QUEENSLAND, Australia, September 9, 2020 (LifeSiteNews) — The Australian of Queensland has passed a law requiring Catholic priests to violate the seal of the Confessional and report any instances of confessed child sex abuse, or face up to three years in prison.

The legislation arose as a result of recommendations from the Australian Royal Commission into Institutional Responses to Child Sexual Abuse, which recommended in 2017 that clergy and confession no longer be exempt from mandatory reporting. Similar laws have already been passed in the states of Victoria and South Australia as well as in Tasmania and the Australian Capital Territory.

Australian media reports that the legislation received bi-partisan political support but that one elected Queensland politician, Stephen Andrew an MP with the One Nation party, spoke out against the new law.

“The bill poses a real danger for public trust and cohesion in our community,” Mr Andrew said.

“Many priests and bishops have publicly stated that they will go to jail before obeying these laws,” he continued.

“How confident can the people of Queensland be that they live in a free and open democracy governed by the rule of law, where the state jails its bishops?”

In January, Brisbane Archbishop Mark Coleridge said in a submission to the Queensland Parliament that the legislation would make clergy “agents of the state.”

“The state would effectively be saying that there is some sin that cannot be forgiven, that God has no part to play in this, that clergy should be agents of the state, that the Sacrament of Penance is outlawed,” Coleridge said.

Coleridge has also said that the law will “not make a difference to the safety of young people” and that enforcement of the law will be problematic.

Coleridge has made no statement since the passing of the legislation and no mention of the new law is made in the Queensland bishops’ newly released statement on the upcoming state election in October.

Canon 984 of the 1973 Code of Canon Law states that a confessor is “forbidden to use knowledge acquired in confession to the detriment of the penitent, while it also says that Church authorities may not use, “for the purpose of external governance,” knowledge of sins that come from the hearing of confession.

Prior to the law passing on Tuesday the Brisbane Oratory in Formation, which leads a Catholic parish close to the centre of Brisbane, encouraged their community to join a Rosary Crusade and all-night vigil in response to the law.

In their 5/6th September newsletter the Oratory Fathers outline multiple reasons why they saw that the new law will not stop sex abuse.

The Oratory Fathers point out that because Confessions are anonymous “exact details are not required in confession and hence there would be no basic facts to report.”

The newsletter points out that unrepentant perpetrators of sexual abuse generally do not go to Confession and that the charge against priests failing to report instances of confessed sexual abuse would be unenforceable “except where persons with religious malice or police act as ‘dummy penitents’ leading to the imprisonment of priests for non-reporting of events that never occurred.”

The Oratory Fathers even suggest that the new law is likely to inhibit the repentant abusers from seeking Confession where the priest would have the opportunity of encouraging them to report themselves.

“In the case that an abuser does confess the priest has the opportunity to encourage them to report themselves, the law may deter such offenders from going to confession and receiving this counsel,” the newsletter states.

“Priests can and do encourage victims of abuse to report it to a trusted adult outside of the confessional, this opportunity may be lost if the law deters a victim from talking about being abused during confession.”

Following the passing of the law the Oratory Fathers thanked the faithful for their efforts in prayer and in writing to their MPs and said that Queensland politicians are “aware of a strong and faithful Catholic community in Brisbane.”

We had 170 people join us in our all-night Rosary Crusade before the Blessed Sacrament. Thank you to all of you who…

Posted by The Brisbane Oratory in Formation on Tuesday, September 8, 2020

The Oratory Fathers are urging the Catholic faithful to pray for the protection of priests through the intercession of St John of Nepomuk, a fourteenth century priest and martyr who endured torture and suffered death by drowning rather than break the seal of the Confessional.