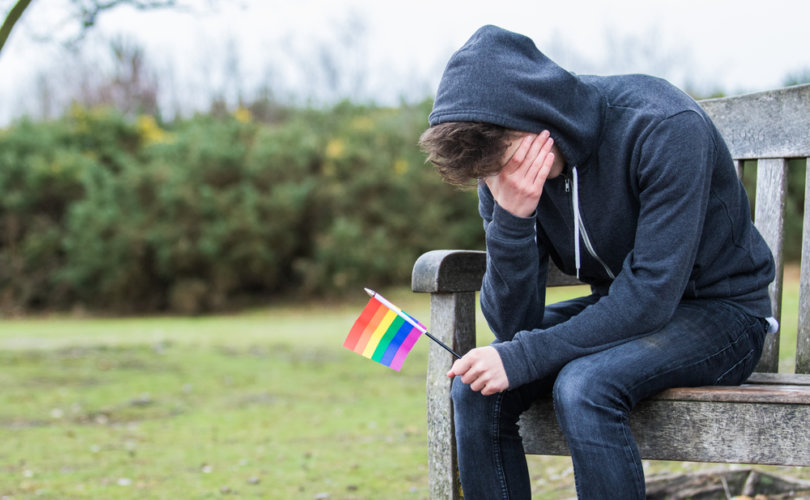 CALGARY, Alberta, January 22, 2020 (LifeSiteNews) – Following the lead of other Canadian municipalities, one of Western Canada’s largest cities is pursuing the recent movement to ban the practice of “conversion therapy,” thus making it impossible for those with unwanted same-sex attraction to receive legitimate help. Critics say the move comes with potential consequences to the religious freedom of various groups whose faith teaches them that homosexuality is a disorder.

The City of Calgary notice of motion, titled “Banning Conversion Therapy, PFC2020-0116” (see page 229), was officially allowed to proceed after the council’s Priorities and Finance Committee unanimously voted in favor of proceeding. The motion was brought forward by Calgary mayor Naheed Nenshi, along with Councillors Evan Woolley, Druh Farrell, Gian-Carlo Carra, and Jyoti Gondek. Woolley has called the practice “a form of psychological abuse.”

Calgary’s mayor was quoted saying, “I would have been very happy to put forward a motion a long time ago just saying that we condemn the practice, but we wanted to do more than that,” adding, “We believe that we can prevent these kinds of businesses from getting the licences they need to operate in the city.”

Canada’s pro-life, pro-family organization Campaign Life Coalition holds that “conversion therapy” bans are a disservice to those with unwanted same-sex attraction who want legitimate help and that they also constitute a direct attack on religious freedom.

Calgary’s ban mimics what Prime Minister of Canada Justin Trudeau is hoping to achieve Canada wide. He fully supports Independent Senator Serge Joyal’s  Bill S-202. This bill would make it an indictable offense punishable by up to five years in jail, should anyone benefit both materially or financially, in a direct or indirect way, from the provision of “conversion therapy” to anyone under 18 years of age.

Senator Joyal’s Bill S-202 defines “conversion therapy” as “any practice, treatment or service designed to change an individual’s sexual orientation or gender identity or to eliminate or reduce sexual attraction or sexual behaviour between persons of the same sex. For greater certainty, this definition does not include a surgical sex change or any related service.”

Campaign Life Coalition campaigns manager David Cooke noted this broad definition would include “Christian counselling, prayer, and evangelism directed at the LGBT community” as well as “medical or psychological practices.”

“In other words, if you publicly proclaim (‘advertise’) the message that homosexuals can be saved and changed, you will go to prison,” Cooke said.

In the past, “conversion therapy” included some truly questionable techniques, Cooke noted, which has cast a shadow over anyone legitimately trying to help people dealing with unwanted same-sex attraction. Cooke added that around 50 years ago, a “small number of doctors” used “very questionable psychological techniques” such as “electroshock therapy or vomit-inducing chemicals to create a mental aversion to homosexual impulses,” adding, “These were heinous, non-Christian practices that have been rightfully discontinued — and we heartily denounce them.” He pointed out that the “LGBT lobby and its political allies” are using the public’s confusion of “conversion therapy” as a means to get legislation passed.

Andre Schutten, of the Association for Reformed Political Action (ARPA), told pro-life activist Jonathon Van Maren in December that such bans are an “incredible encroachment on religious freedom” and could lead to Christian groups being labeled as “hate groups.”

“With the bylaws being passed, coupled with a proposed Criminal Code change, we should expect that faithful churches will be fighting for their charitable status very soon. Think about it: if a charity is doing criminal acts or routinely violating municipal bylaws, would anyone argue they should continue to have charitable status? Faithful churches will want to counsel children and adults to live their life as God would have them live it, in conformity to His Word. This has implications for lifestyle, for identity. This is not forced, it does not involve bizarre rituals or the infliction of pain, it merely involves prayer and spiritual encouragement. That's all. Apparently, that is too heinous to tolerate in Canada,” he said.

“More than that, it will have a chilling effect on all social workers, counsellors, pastors, doctors, and teachers who might want to explore the question “why” when a child presents with gender dysphoria.”

Calgary’s bylaw, once written, will likely follow the lead of a similar bylaw banning “conversion therapy” by The City of Edmonton back in December of 2019. As LifeSiteNews reported, Edmonton’s bylaw threatened a “minimum” fine of $10,000 a day for any business which practices conversion therapy.

It is expected that Calgary city council will pass the bylaw down the road when it comes before council. The “conversion therapy” ban bylaw is largely symbolic in nature, as the bylaw can only work within the legal framework in terms of the city’s jurisdiction, basically meaning that the city can only refuse to grant a license to a business offering the service and curb any advertising in the city.

Until the Canadian Federal government, as well as the Alberta provincial government officially pass such laws as a Criminal Code offence, which looks likely, there is not much leverage a City government can do in terms of full enforcement, as even some from the local Calgary media acknowledge.

Correction 02-06-2020, 18:52 EST: A previous edition of this article mischaracterized the behavior of the Priorities and Finance Committee in allowing the “Banning Conversion Therapy” motion to proceed. LifeSite regrets the error.