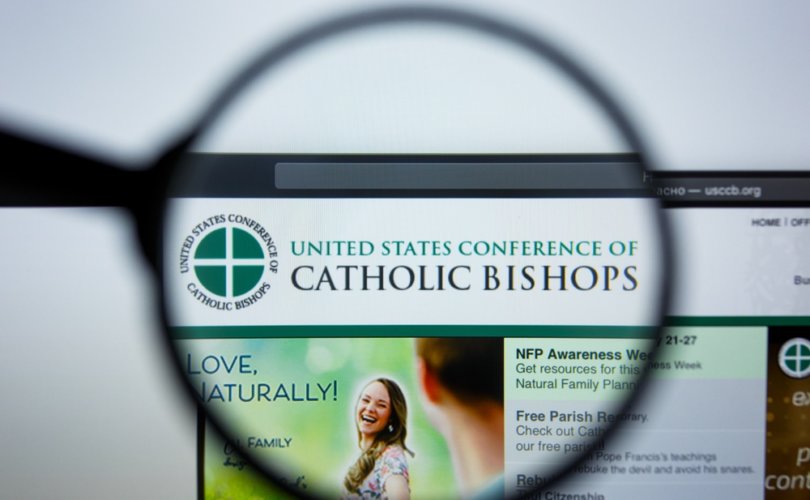 February 24, 2021 (Lepanto Institute) – Recently, the Lepanto Institute detailed activities and memberships of three Nashville-based organizations funded by the Catholic Campaign for Human Development (CCHD) that violate both Catholic teaching and the CCHD’s own grant guidelines. We followed up with a second report, even worse than the first, detailing a CCHD grantee actively partnering with and promoting Planned Parenthood. We have yet to receive an official response regarding these reports.

Further research shows that a FIFTH Tennessee based CCHD grantee, Statewide Organizing for Community eMpowerment (SOCM), is in direct violation of CCHD’s grant guidelines. We have direct evidence that prove SOCM is a “community partner” of Planned Parenthood, raises money cooperatively with Planned Parenthood, and is a participant in the promotion of abortion and homosexual activism in its coalition work and across its social media platforms.

What makes this situation completely inexcusable is that SOCM was reported to the CCHD by the Reform CCHD Now coalition for some of the very same violations in 2012!

However, since being reported for breaking CCHD grant guidelines, the CCHD has instead REWARDED SOCM with praise for their environmental work in 2014, and then an additional $150,000 over three grant cycles starting in 2017 and continuing through the most recently published grantee list.  All told, since 2011, SOCM has received $215,000 in Catholic funds.

Last week, we showed that CCHD grantee Workers’ Dignity Project (WDP) was identified as a “community Partner” with Planned Parenthood, in PP’s 2018 Annual Report.   Well, WDP wasn’t the only CCHD grantee on the list.  SOCM was also identified as a “community partner” of Planned Parenthood of Tennessee and Northern Mississippi in the same Annual Report.

In July of 2020, SOCM co-hosted an event with Planned Parenthood of Tennessee and North Mississippi called The East TN People’s State of the State.

This was a cross promotional webinar that included heavy promotion of Planned Parenthood, abortion and homosexual activism.

But SOCM has promoted abortion on its social media platforms as far back as 2015, again showing the absolute failure of CCHD to vet its grantees.

This 2015 Facebook post shows SOCM praising the Nashville Womens march and the insurrectionist breaching of the Tennessee capitol building by Abortion “rights” protestors.

The 2020 Womens March was intended to be a cross promotional event featuring as heavy emphasis on abortion and transgender activism.

In addition to partnering with the nation’s largest abortion chain and local abortion activists, SOCM has been heavily involved in the promotion of LGBT activism.  This 2016 SOCM Facebook post celebrates SOCM member Hector Black’s homosexuality.

These 2015 and 2017 SOCM facebook posts further promotes the homosexual activism of its members.

— Article continues below Petition —
U.S. Bishops: SHUT DOWN the Campaign for Human Development
Show Petition Text
25755 have signed the petition.
Let's get to 30000!
Thank you for signing this petition!
Add your signature:
Show Petition Text

As we mentioned at the beginning of this report, this isn’t the first time SOCM was discovered violating CCHD grant guidelines.  Nine years ago, Reform CCHD Now showed that in 2012 SOCM was a dues-paying member of Community Shares Tennessee, a partnership of organizations that mutually fundraises and cross promotes member organizations.  As a reminder, CCHD strictly forbids grantees from being members of coalitions that are involved in the promotion of anything contrary to Catholic moral teaching.  Membership in Community Shares is a step above mere membership since all members pay dues which go toward assisting other members. Planned Parenthood and LGBT activist organizations were also members of Community Shares at the time. This means that SOCM was paying dues to an organization directly promoting and fundraising for Planned Parenthood and other evil organizations.

Incredibly, the CCHD’s response to this information was that “as a member of community shares, (SOCM) does not violate any (Church) teachings.”

These are easy to-find examples of activity by SOCM that should have been found by CCHD’s rigorous screening process.  However, somehow SOCM passed through both the screening process as well as any ongoing grant reviews THREE TIMES since 2017.

CCHD has shown itself to be absolutely INCAPABLE of responsibly handling Catholic donations. We have now shown that the entire slate of 2019-2020 CCHD funded national grants for Tennessee are absolutely unworthy of Catholic funding.

We are tired of the lies and empty promises. The CCHD needs to end all operations, IMMEDIATELY. And, to any good bishop reading this, the time to stand up to this is NOW. For the sake of your own souls and the souls of the faithful in your care, end this wicked program once and for all.

Please contact the CCHD and demand answers!  Ask them how or why organizations like these ever received a grant and if CCHD will demand Catholic money to be returned for violating CCHD guidelines and Catholic moral/social teaching. Also, contact your bishop and ask them to withdraw completely from the CCHD.