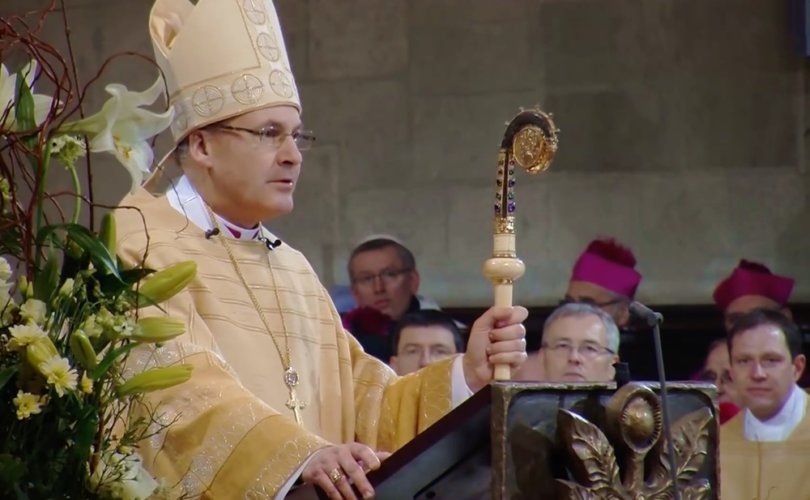 REGENSBURG, Germany (LifeSiteNews) – Bishop Rudolf Voderholzer has chosen to implement an almost total ban on the Traditional Latin Mass (TLM) in the Diocese of Regensburg, making his diocese the third to do so in Germany.

Voderholzer has implemented the strict recommendations from the Responsa Ad Dubia released in December in response to questions from bishops around the world who were confused about new Vatican regulations regarding the TLM and other sacraments in the older forms.

As a result, the TLM can no longer be celebrated in parish churches in the Diocese of Regensburg. It is possible that a request could be made to the Holy See for permission to have the TLM celebrated in a parish if there is no other option, but it is not necessary to seek such an exemption.

In addition, sacraments such as Baptism and Extreme Unction that are performed in the traditional way will no longer be allowed in the diocese.

Similar suppression of the TLM and sacraments in the traditional form has already taken place in two other German dioceses, making the Diocese of Regensburg the third diocese to do so.

The Archdiocese of Freiburg made a similar move in November, even before Rome released strict directives in Traditionis custodes on how to implement Pope Francis’ wishes.

In December, the Diocese of Dresden-Meissen came down with harsh restrictions while also commissioning a report that will assess whether “traditionalists accept Vatican II.”

The move away from traditional Catholic liturgy and sacraments in Germany comes as liberal German Cardinal Mario Grech hinted this week at the possibility that Pope Francis might change Church doctrine after the controversial multi-year Synod on Synodality.