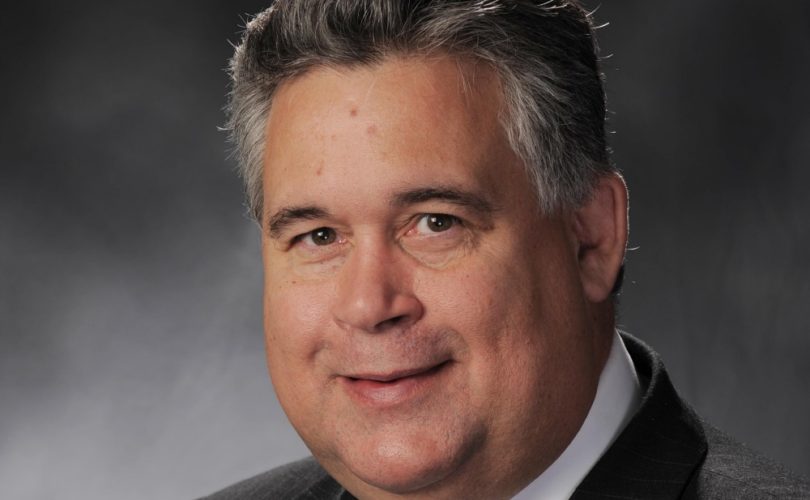 The ruling is being called “a significant victory for religious freedom” and an “unprecedented ruling upholding a family’s right to religious liberty” by representatives of Thomas More Society, which underwrote the lawsuit, and its special counsel with the St. Louis law firm Otten, Leggat & Belz, LC.

Judge Jean Hamilton granted Missouri State Senator Paul Wieland and his family permanent protection from the Obamacare abortifacient/contraceptive mandate on Thursday, ruling that the federal government cannot constitutionally force them to pay for group health insurance for their family that includes required coverage for services that they consider to be religiously objectionable.

“In 2014’s Hobby Lobby decision, the United States Supreme Court ruled that privately owned businesses whose owners assert conscientious objections based on sincerely held religious beliefs may not be coerced to comply with the Obamacare mandate,” Thomas More Society President and Chief Counsel Thomas Brejcha said in a statement. “For the first time that we’re aware of, this decision now vests that same right of religious liberty in individuals and families across America.”

Wieland and wife Teresa, who are Roman Catholics with two young daughters, initially filed suit in 2013 while Wieland served in the Missouri House, arguing that the mandate violated their religious beliefs.

The couple was seeking to opt out of the birth control, abortifacient, and sterilization portion of Obamacare but keep their existing health insurance. They also wanted to avoid the federal insurance penalty.

In its decision last week, the United States District Court, Eastern District of Missouri rejected the U.S. Justice Department’s (DOJ) argument that the Wielands suffered no substantial adverse burden in having to comply with the mandate, Hamilton wrote:

“The ultimate impact is that plaintiffs must either maintain a health insurance plan that includes contraceptive coverage, in violation of their sincerely held religious beliefs, or they can forgo healthcare altogether, which will result in the imposition of significant penalties (not to mention the potentially crippling costs of uninsured health care).”

Hamilton also rejected the Obama Administration’s assertion that the nation’s health insurance markets could not function if insurers had to modify each health plan to individual needs and preferences, saying in her ruling that the government does not provide the insurance and that it was for private insurers to determine whether or not to offer contraceptive-free plans.

Missouri Right to Life applauded the decision with a statement on its Facebook page. “Congratulations to Missouri State Senator and Mrs. Paul Weiland on their win in the Federal court last week to be able to purchase an insurance plan that does not include abortifacient/contraceptives!  This is a huge win for individuals to have the right to choose their health coverage based on their religious beliefs. This decision will set precedence for other decisions. God bless you both for taking on this fight and standing for your faith in the public arena!”

A majority of Obamacare’s legal challenges have come from non-profit institutions, such as universities and charities, or closely held corporations.

The Wielands cited the federal Religious Freedom Restoration Act (RFRA) in their case, the same argument used in the case with the owners of retail chain Hobby Lobby, whom the U.S. Supreme Court ruled in 2014 could not be compelled to violate their conscience.

The RFRA was also successfully invoked in a partial victory earlier this year for religious non-profit Little Sisters of the Poor.

Thomas More Society Special Counsel Tim Belz said, “The sad irony here is that this family had to take the Obama administration to court to preserve their constitutionally guaranteed right to religious freedom when, as Judge Hamilton agreed, all the government needs to do is allow people to check a box to opt out of contraceptive coverage.”

The DOJ lost an earlier appeal in the Wieland case, according to the Society, and it was not immediately known whether the Obama Administration would appeal this final ruling.