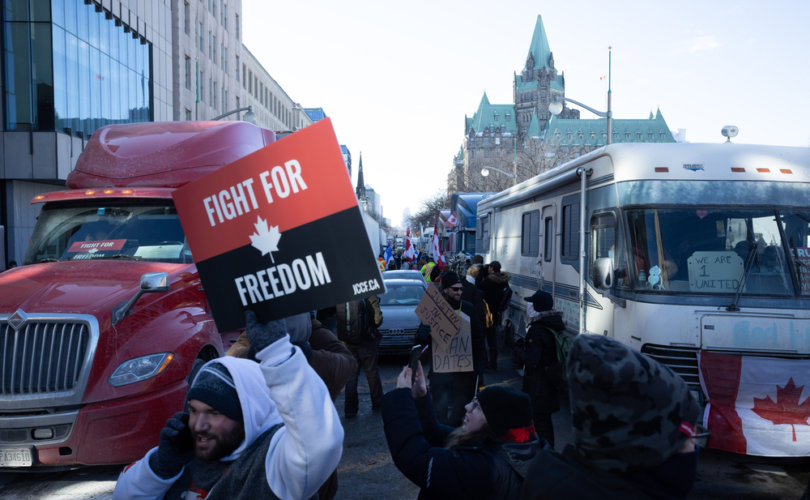 OTTAWA (LifeSiteNews) — A consultant who was hired by the public inquiry committee looking into Prime Minister Justin Trudeau’s use of the Emergencies Act (EA) previously likened the Freedom Convoy to an “anti-democratic jihad” in now-deleted social media posts.

As noted by Blacklock’s Reporter, the president of Ekos Research Associates Inc., Frank Graves – who the Public Order Emergency Commission contracted for $5,000 dollars with the purpose of having him look into the legitimacy of the EA’s use against the Freedom Convoy – has a months-long history of making derogatory social media posts about the anti-COVID mandate protesters.

On February 13, Graves tweeted that it is “never a great idea to be ‘negotiating’ with hallucinogenic insurrectionists,” a statement which was proceeded by a January 28 tweet saying, “I am genuinely frightened about the future of the country.”

On January 29 he also said: “To see this throng fouling our seat of government and its cherished symbols is just too much.”

While those now-deleted posts happened during the protest, more recent, also deleted posts, show him continuing to disparage the group even months after the protest ended.

“My business on Kent (Street) was shuttered for three weeks thanks to the so-called Freedom Convoy,” wrote Graves on September 25. “These thugs shut down a city based on some hallucinogenic, toxic, anti-democratic jihad. And that was the least of their enduring corrosive legacy.”

Graves has since deleted the tweets and said he does “regret posting them,” explaining the comments were his own personal views as a businessman in the Ottawa area.

He also admitted the comments were “inappropriate” but were just a way for him to express his “personal displeasure.”

Public Order Emergency Commission spokesperson Michael Tansey said the commission was “not aware” of Graves tweets before hiring him.

This is not the first time the commission has come under scrutiny for an apparent conflict of interest.

In fact, the head of the commission itself, Paul Rouleau, is a former judge with long-standing ties to Trudeau’s own Liberal Party.

The hearings into Trudeau’s unprecedented use of the EA – which allowed the federal police force to physically remove protesters and gave license to financial institutions to freeze the bank accounts of the movement’s supporters without a court order – began on October 13, and are expected to call at least 65 witnesses over six weeks, including Trudeau and many in his cabinet.