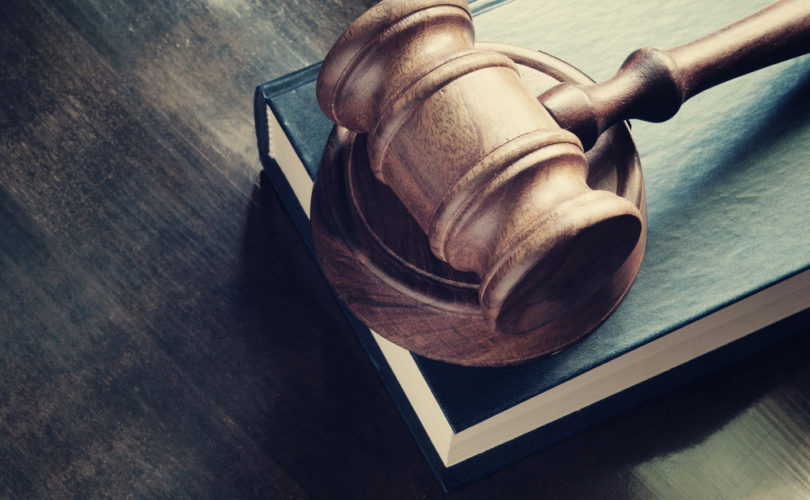 CHICAGO, Illinois, August 9, 2016 (LifeSiteNews) — The U.S. Court of Appeals for the Seventh Circuit has ruled that President Obama's redefinition of Title VII anti-discrimination law to include homosexuals and transgender persons is not actual or enforceable.

The court ruled that Title VII of the Civil Rights Act does not address workplace discrimination on the basis of sexual orientation.

Hively v. Ivy Tech Community College dealt with an adjunct professor at the school, Kimberly Hively, who claimed that the non-renewal of her teaching contract was because she was openly living as a lesbian.

Hively sued ITCC, but her case was dismissed in court because “Title VII does not apply to claims of sexual orientation discrimination, and therefore Hively has made a claim for which there is no legal remedy.”

Hively appealed, but again, the appellate court ruled that Title VII does not deal with sexual orientation. The judges expressed sympathy for gay people losing their jobs, but the court decided to legally interpret that law as it exists and not legislate from the bench.

The ruling briefly mentioned the recent announcement by the Obama Administration's Equal Employment Opportunity Commission, made July 15, stating that the Administration believed Title VII did encompass sexual orientation and gender identity. But the appellate court determined “the rulings of the EEOC are not binding.”

In its ruling, the court used “precedent,” citing two cases (Spearman v. Ford Motor Co., Hamm v. Weyauwega Milk Prods.) that found sexual orientation is not included in Title VII law and then reasoned that judges were “bound” by those previous rulings.

Gary McCaleb, senior counsel for the Alliance Defending Freedom (ADF), told LifeSiteNews that with this important ruling the courts have finally recognized President Obama is advancing an agenda as if it were in the law but which in fact is not. “This decision is a blow to the Obama administration distortion of Title VII regulations to mean something other than prohibition of discrimination based upon biological sex.”

Put in a positive light, the court said its hands were tied because the law is the law and not what someone wants that law to be. But the judges of the appellate court simultaneously opened the door to amending Title VII to include homosexuals and transgenders.

The court paved the way for legal remedy by suggesting that the U.S. Supreme Court, or Congressional legislation, could fix the problem and explicitly include homosexuality and transgenderism under anti-discrimination law.

The court also tried to pave the way for a loophole in Title VII law, claiming that homosexuals are included if the case is one of “stereotyping.”

The U.S. Supreme Court adopted “stereotyping” into law in 1989 (Price Waterhouse v. Hopkins) after a woman was denied a promotion allegedly because she acted like a man.  The Supreme Court decreed that even though her employer did not intentionally discriminate against her, it based her lack of promotion on gender stereotypes.

The court admitted, however, that the difference between discrimination based on sexual orientation, which is not covered by Title VII law, and discrimination based on gender stereotypes, which is also not mentioned in the law but the Supreme Court has determined is covered by Title VII, is a difficult distinction to legally make. The judges commented that courts will struggle to guess the interior motivations of the accused.

The appellate court went further to point out a “gap” in discrimination law, stating that although Obergefell v. Hodges legalized same-sex marriage, employers are not forced to keep homosexual “spouses” employed. “The cases as they stand do … create a paradoxical legal landscape,” the court said, “in which a person can be married on Saturday, and then fired on Monday for just that act.”

The Seventh Circuit presides over Illinois, Indiana, and Wisconsin.