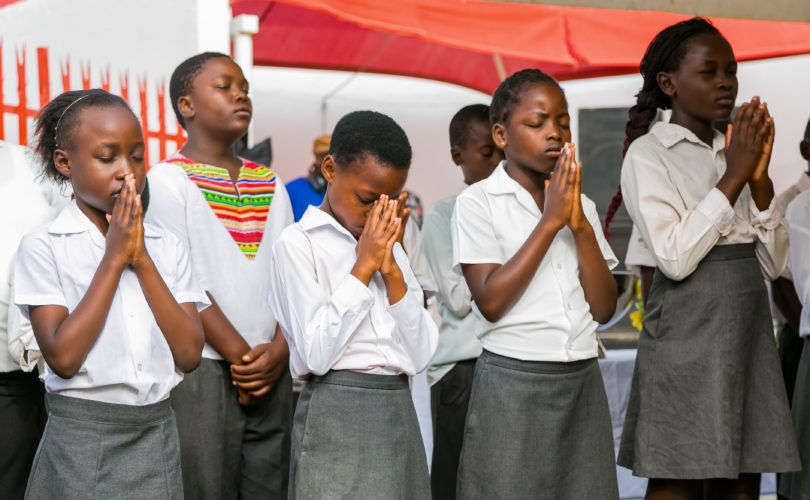 June 17, 2021 (LifeSiteNews) – The government of South Africa is currently considering a bill that, if passed, risks severe negative consequences for religious organizations and individuals, all in the name of “equality” and the “prevention of unfair discrimination.”

A proposed amendment to the Promotion of Equality and the Prevention of Unfair Discrimination Act (PEPUDA) has been called “the greatest threat to religious freedom since the advent of our democracy in 1994” by Nadene Badenhorst, legal counsel for Freedom of Religion South Africa (FOR SA).

Also known simply as the “Equality Act,” PEPUDA was passed in 2000, and is considered to be the nation’s preeminent legislation, second only to South Africa’s Constitution. All subsequent legislation and regulations established by the state must be PEPUDA-compliant.

“This bill will transform the Equality Act into the most dangerous piece of legislation we have seen,” warned Badenhorst in a May 26 video message. “If adopted in its current form, religious rights will simply be trampled underfoot.”

The bill would count actions and words – or omissions – as discriminatory and actionable whether done so intentionally or not.

“Every person of whatever faith, every institution of whatever faith, will be drastically impacted,” said Badenhorst. “Religious autonomy will be overruled. Independent faith by schools will be a thing of the past. The state will regulate you and activists will police you. Your voice will be muted, and state-financed litigation, with potentially ruinous sanctions, await you.”

“Religious organizations and persons of faith can expect to be dragged before courts and potentially face very severe penalties in the form of fines, even jail time, even closure of churches and other places of worship simply for expressing and living out their religious convictions and beliefs,” she said.

“If this bill goes through, every person and every organization of whatever faith will have a target on their back,” cautioned Badenhorst in a June 17 video.

“Religious organizations will be expected to bring their doctrines and their internal workings in line with the bill, with government being able to prescribe what equality and no unfair discrimination should look like in their organizations,” explained Badenhorst. “And as a result, religious organizations may well, in the name of equality, be forced to accept members or appoint leaders or employees whose beliefs go against the organization’s own convictions and beliefs.”

“This is not equality. This is tyranny,” she declared.

It’s not just Christians who are gravely concerned about the potential impact of the Amendment Bill.

“If the Bill is adopted in its current form, the state will have the right to, effectively, disallow certain beliefs and practices that it deems to be discriminatory or against a predetermined definition of equality,” warned Jamiatul Ulama South Africa, the Council of Muslim Theologians, in a statement issued today. “It may, for example, inhibit the right of an Imam to criticize, censure or speak out against practices deemed sinful and vile in Islam like same-sex marriages. In such an instance, the state will not only hold the Imam liable but also the committee responsible for the affairs of the masjid.”

“The Bill will allow the state to prescribe what may or what may not be said, published or propagated. The Bill will also allow the State to decide what we, as Muslims, may or may not do as an expression of our beliefs and religious values. This is tantamount to state regulation of religion which flies in the face of the rights and freedoms guaranteed by our Constitution,” continued the statement. “It is quite foreseeable that people and institutions of faith will be dragged before Court simply because someone does not like, does not agree with, or is offended by the expression of our religious convictions and beliefs.”

“Although our Constitution does not establish a hierarchy of rights, and therefore all human rights are equally worthy of protection, it is often people who express and live out coservative or religious values who find themselves in the cross hairs of this law,” asserted Michael Swain, executive director of FOR SA.

“PEPUDA is frequently used by activists who orchestrate and lodge unfair dicrimination claims with Chapter 9 institutions such as the South African Human Rights Commission and the Gender Equality Commission, and then press these state institutions to litigate on their behalf using taxpayer money,” explained Swain.

The bill “is not only unnecessary, but when viewed in its entirety, extends the scope of the Act to such an extent that it literally amounts to state-backed imposition of ideological values, not seen since the Apartheid era,” said Swain.

The proposed amendment is just one of a series of potential laws the government of South Africa is now pushing that seem geared to turning the country into a socialist state.

One major bill under consideration would allow land expropriation without compensation and, conceivably, the abolition of private property. Another bill would give the state the power to confiscate personal firearms, taking away citizen’s rights to defend themselves.