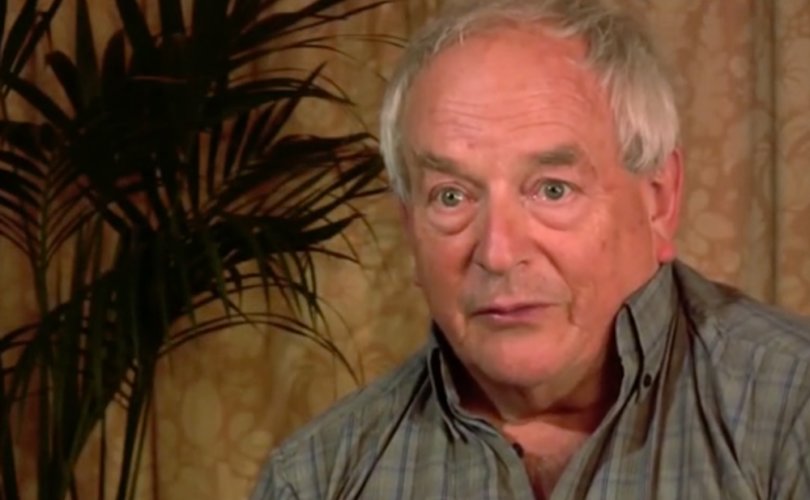 UNITED KINGDOM, February 21, 2018 (LifeSiteNews) – A former UNICEF (The United Nations Children's Fund) consultant and anti-spanking activist sexually abused a 12-year-old boy during the 1960s and was just sentenced to more than six years in prison for it.

The former UNICEF worker, who is now on the sex offender registry, is 77-year-old Peter Newell. He contributed to UNICEF’s Implementation Handbook for the Convention on the Rights of the Child and advocated against parents being allowed to spank their kids.

A 2013 post on the website of the United Nations Human Rights Office of the High Commission identified Newell as “the Coordinator of the Global Initiative to End all Corporal Punishment of Children.”

According to the Daily Mail, Newell is also the former Research Coordinator for the Commission on Children and Violence in the UK.

“UNICEF works to improve the policies and services that protect all children,” it says on its website. “We aim to make the world a safe and inclusive place for children to grow.”

“Despite remarkable challenges around the world, UNICEF staffers fight for the rights of every child seeking safe shelter, nutrition, protection from disaster and conflicts, and equality,” the UN agency claims.

The organization told the Daily Mail it was “deeply shocked to hear of the arrest of Peter Newell” and “we had no knowledge of this crime when he worked as a UNICEF consultant over 10 years ago.”

The news of Newell’s predatory behavior comes just after it was revealed that staffers of the pro-abortion charity Oxfam used Haiti earthquake victims as prostitutes. (One of the staffers involved in the sex scandal went on to work for CAFOD, the official charity of the UK Catholic bishops.)

And, a former United Nations (UN) executive’s estimate that UN workers have been responsible for 60,000 rapes worldwide just became public.

UNICEF’s India website featured until February 17 a speech on children’s rights by Newell.

“The idea that breaching a child’s human dignity and physical integrity is acceptable, normal, or even as some still suggest ‘in their best interests,’ perpetuates their status as objects or property, and makes every other sort of extreme abuse and exploitation, including sexual exploitation and trafficking, more likely and easier,” Newell said in that speech.

While UNICEF claims to “protect all children” it does not, however, consider preborn babies to be deserving of such protection.

“UNICEF has routinely denied that it has ever promoted abortion, but this lie is easily debunked with their own documents,” Michael Hichborn, President of the Lepanto Institute, told LifeSiteNews. “For instance, this 2010 UNICEF document recommends ‘linking the target community to static centres and health facilities for services such as safe abortion, pregnancy testing, male health needs and practical matters such as appropriate sized condoms for adolescent male sex workers.’

“There are literally dozens such examples of UNICEF promoting abortion, despite its claims to the contrary,” said Hichborn, whose organization closely monitors the distribution of contraception and abortion abroad.

“In the meantime, UNICEF fully acknowledges its promotion of all forms of contraception, including known abortifacients. This organization is so thoroughly in the tank for the Culture of Death, I can't see how any Catholic could, in good conscience, support it, let alone partner with it or give it money,” he said.

But, in 2014, Catholic Relief Services (CRS) gave UNICEF $14,000 and in 2011, CRS worked with both Oxfam and UNICEF in Guatemala. CRS is currently working with UNICEF in Nigeria.

“CRS should have nothing to do with UNICEF or Oxfam for obvious reasons, and not just because of the recent scandals,” said Hichborn. “Both Oxfam and UNICEF are stridently pushing contraceptive ideologies throughout the world, and have advocated for abortion.”

“When an agency is committed to the sexual perversions of sex education and contraception, we really shouldn't be surprised when we find out that its agents engage in rape and prostitution while among a population of vulnerable people,” Hichborn added.