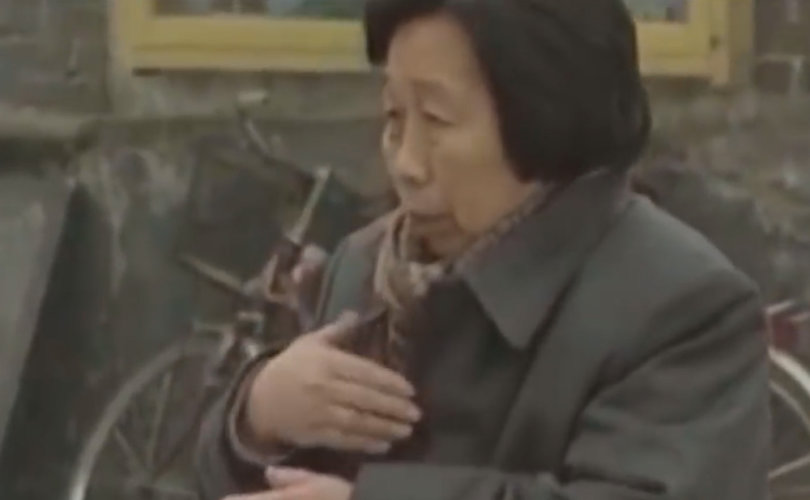 WASHINGTON, D.C., February 27, 2018 (LifeSiteNews) — An Asian affairs expert told EWTN's Raymond Arroyo there is no point in the Catholic Church cutting a deal with Communists when religion is growing so quickly in China that the Party cannot contain it.

“Any deal with the Communist Party is going to backfire for the church,” author Gordon Chang told Arroyo on EWTN’s “The World Over” last week. “The best thing to do is just allow general trends to continue because believers are going to win in China.”

“There’s no sense in capitulating to the Communist Party,” Chang continued. “It’s only going to break up Catholic believers in China and put them into different groups.”

Although Christians in China have been persecuted by the Communist Party for decades, the underground Church saw 50,000 baptisms last year, Arroyo noted.

“Religion is growing so fast in China that the Communist Party cannot contain it,” Chang told him. “We (in the West) go to church for maybe an hour, and hour and a half. In China, in the underground churches, they go to church all day and still feel it’s not enough. The Communist Party hasn’t seen fervor like that since 1949.”

Arroyo and Chang, author of “Nuclear Showdown: North Korea Takes on the World,” discussed Communist China for more than 12 minutes during the February 22 show. China has been in the news not only for its continued talks with the Vatican over the fate of Chinese Catholics but for recent military maneuvers in the South China Sea.

“Unfortunately, China has notions of its own size that are just incompatible because those notions conflict with surrounding nations and also with the United States because we believe that the South China Sea and other waters are part of the global commons.”

Noting that the Hague has ruled China has no right to sovereignty in the contested waters, Arroyo asked Chang how Chinese expansionism can be deterred.

“The most important thing is to prevent China from taking over additional territory,” the expert replied. “And here the flashpoint is Scarborough Shoal, which is about 124 nautical miles from the main Philippine island of Luzon, and it’s not very near China.”

China seized the shoal in early 2012, but it has not yet attempted to reclaim them.

“I believe that reclamation should be a bright line (in the sand),” said Chang. “This is something that the international community can’t allow because if we do that, then we’re allowing them to make permanent an act of aggression.”

Arroyo brought up China’s role in supporting North Korea and asked Chang if the United States should continue to turn to China as a means of containing the rogue nation’s aggression.

“I think we should, but we need to start imposing real costs on China … for supporting the North Koreans, for busting UN sanctions, and for other bad behavior,” Chang replied. “We haven’t done that, and until we do that, we’re not going to get Beijing moving in a better direction.”

Central to developments in China is the power of Xi Jinping, its secretary-general who has been mentioned on “The World Over” several times in recent months. Chang described Xi’s control over the Communist Party, and therefore over Chinese society, as “absolute.”

“He’s closing China off to foreign companies,” Chang said. “He’s trying to grab territory from an arc of nations. He’s trying to close off the global commons. He is actually trying to get rid of foreign culture in China, attacking Santa Claus and hip-hop music. This is just China moving in all the wrong directions across a broad front.”

Arroyo reminded Chang that the Vatican recently indicated that it is close to a deal with Communist China that includes “mutual recognition:” the Chinese government acknowledging “dozens” of underground bishops, and the Catholic Church accepting several bishops previously appointed by the Chinese government.

“Now there’s a curious wrinkle here,” Arroyo explained. “This is unprecedented, Gordon, from  the Catholic perspective where the government choose bishop-candidates and the pope essentially has to rubber-stamp them, and if they doesn’t, there’s a council, it’s been reported, that could overrule him. Will this gain the Church any measure of freedom in China?”

“No,” Chang bluntly replied, “and we’re seeing resistance not only from Catholics in China but also Catholics everywhere. Cardinal Zen of Hong Kong, of course. I don’t think this is going to work out as Pope Francis thinks. In a few years we’ll see that this was a debacle from the point of view of the Church.”

Listing the five “transformations” the Communist government imposed on their Patriotic Church at the beginning of February, Arroyo said they read like “a move to restrict and further restrict already stringent rules on the practice of religion.”

Chang agreed, and predicted that a Vatican capitulation to the the Communist Party’s attempt to control religion would only lead to a schism in the Catholic Church.

“It’s clear that the Communist Party thinks that it can control religion,” he said. “It’s going to try to do so, and unfortunately it now seems to have an ally in the Vatican. I think that we’re going to see a schism in the Catholic Church in China because people are not going to like this deal, and they probably are going to start their own Catholic church in a different level away from the Communist Party.”

On the subject of the future of religious people in China, however, Chang was upbeat.

“Yeah, the Party can be coercive,” Chang allowed. “It can win short-term victories. Long term, it doesn’t have a chance.”