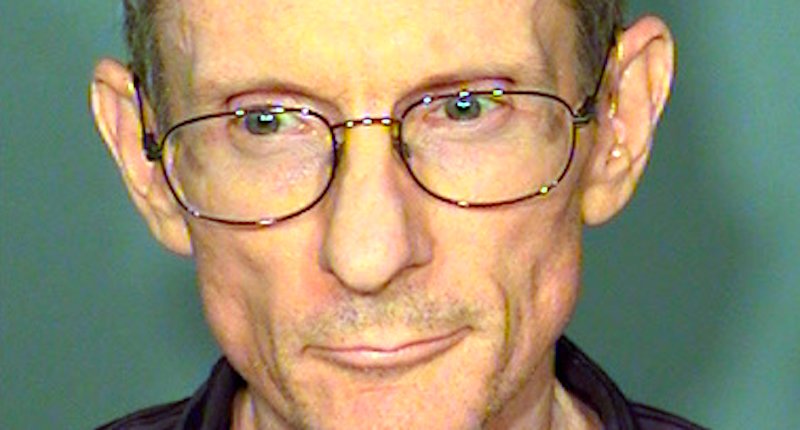 Abortionist Rick Van Thiel, one of three illegal abortionists uncovered in the past three weeks. Michael Roth is another. And James Pendergraft the third.

West Bloomfield, MI, October 16, 2015 (OperationRescue) – In the most recent of three illegal abortionists that have surfaced in the past two weeks, earlier this week, Federal agents raided the home and office of Michigan abortionist Michael Roth, who is under investigation for conducting illegal abortions out of his car. They executed two search warrants, removing bags full of evidence from his home, according to a fox2detroit.com news report.

Roth has not yet been charged.

The investigation stemmed from a car crash Roth was involved in two weeks ago that left a special needs child critically injured. His car was impounded and when authorities searched his vehicle, they discovered 14 plastic tubs containing what appeared to be the bodies of aborted babies. Also found in his vehicle were medical implements and “large amounts” of Fentanyl, a drug favored by abortionists used to sedate women prior to their abortions.

Roth has a long and sorted history of botched abortions and medical board discipline. In December, 2012, Roth was reprimanded and fined $2,000 for failing to complete a woman’s D&E late-term abortion. In 2004, Roth was placed on probation for six months and fined $15,000 in a consent agreement that included his promise not to perform abortions outside “an approved clinic/hospital/office setting.”

On March 1, 2005, Roth’s wife filed for a protection order against her husband. She indicated because she lived in constant fear of being attacked and injured by Roth, she remained locked in the basement of their home pending their divorce.

“We hope police will quickly read Roth his rights and take him away,” said Troy Newman, President of Operation Rescue. “It is obvious that if he is conducting abortions out of the trunk of his car, he poses a grave danger to the public. Sometimes the only way to stop scofflaw abortionists like him is to lock him up.”

Earlier this week, Operation Rescue reported on the arrest of a man and woman in South Carolina who were conducting illegal abortions out of their vehicle. Sheriff’s deputies impounded evidence from the vehicle, including bloody abortion instruments with tissue still attached.

The third illegal abortionist to surface was arrested in Las Vegas, Nevada, on September 30, 2015, after an investigation revealed that Rick VanThiel, 52, had been conducting abortions and other medical procedures out of a trailer located at the back of his property. He claimed to be able to cure any STD, including AIDS, and even performed dentistry such as tooth extractions.

VanThiel advertised for patients on Craig’s List and on seedy websites such as kinkymed.com using patient testimonials raving about his “unbeatable prices” of $200 per abortion, which he preferred be paid in silver due to his distrust of the federal government. He claimed to be a “sovereign” and was not subject to state or federal laws.

VanThiel told authorities that he learned how to do abortions and other procedures from watching Youtube videos.

“You don’t watch one, you watch like 20 or 25 like I do,” Van Thiel said during a prison interview. “Pretty close to anything you want to learn you can learn it off YouTube for free.”

VanThiel was said to prey on the uninsured and on those in the country illegally.

VanTheil was charged with practicing medicine without a license, drug possession, and illegal possession of a firearm due to his felony convictions. VanTheil was a five-time convicted felon in California and Nevada on charges related to battery, assault, burglary and robbery. He had also been involved previously in the pornography business.

Read Van Thiel’s arrest report and the search warrant that led to his arrest. (If you can stomach it.)

“This ‘Breaking Bad’ abortion quack in Las Vegas, the creep in Detroit, and the couple caught in South Carolina were operating in areas that have plenty of abortion clinics. So this is not about a lack of abortion access. It is about despicable, financially desperate men preying on the vulnerable,” said Newman. “Prosecutions of these charlatans are absolutely necessary. We also expect law enforcement to arrest and prosecute those with medical licenses who violate the law as well, such as Planned Parenthood officials who engaged in the illegal selling of aborted baby body parts to send a message to abortionists that they are not above the law.”

[Correction: Roth’s wife filed for a protective order in 2005, not 2015 as appeared in a previous version of this story.]