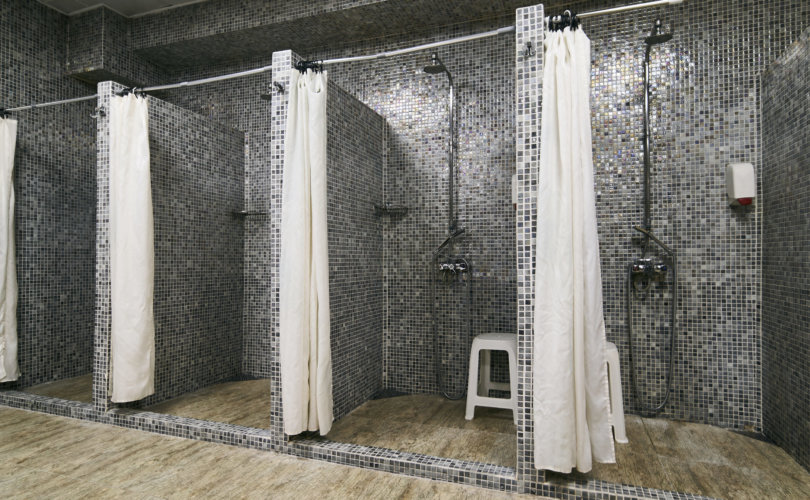 MINNEAPOLIS, Minnesota, October 7, 2020 (LifeSiteNews) — The Minnesota appeals court ruled last week that schools must allow students who identify as the opposite sex to use locker rooms that match their so-called “gender identity.”

Peter LaBarbera, president of Americans For Truth About Homosexuality, denounced the decision as a “travesty of justice” that will “‘normalize sex and gender deviance among children.”

The appeal court found that the Anoka-Hennepin School District violated the Minnesota Human Rights Act when it required a female student who identified as a male to use a segregated locker room in her second year as a member of the Coon Rapids High School boys’ swim team.

The parents of the student, identified in court documents as N.H., sued the school district last year, and the Minnesota Department of Human Rights intervened in the case.

“N.H. identifies as male, has socially transitioned to male, and lives as male,” noted Reyes, adding that others identified and treated N.H. “as a male.”

The student was “similarly situated” to her peers because she “sought to use a locker room that corresponded with his (sic) gender identity.”

“Applying the plain language of the statute, we conclude that requiring a transgender student to use a different locker-room facility because of his (sic) sexual orientation is discrimination under Minn. Stat. § 363A.13, subd. 1,” wrote Reyes.

Moreover, “as N.H. argues, the overwhelming majority of federal courts that have recently examined transgender education-discrimination claims under Title IX have concluded that preventing a transgender student from using a school restroom or locker room consistent with the student’s gender identity violates Title IX,” he added.

Indeed, the Minnesota ruling comes a month after the Fourth U.S. Circuit Court of Appeals ruled in the Gavin Grimm case that the now-graduated Virginia high school female student had a right to use male bathrooms under the Equal Protection Clause of the 14th Amendment, and Title IX of the federal Education Amendments of 1972.

In N.H.’s case, according to the court’s summary, she was allowed to use the boys’ locker room during her freshman year on the swim team. Near the end of the season, however, the school district notified her that she would have to use the girls’ locker room, but “retracted its decision later that same day.”

The summary stated that N.H. was hospitalized four days later “because of mental health concerns.”

The school then remodeled the boys’ locker room to create an “enhanced privacy” section with a separate entrance, and in March 2017, the district recommended in a letter to her mother that N.H., now a sophomore, use this facility.

When N.H. continued to use the boys’ locker room, the school district told her mother she would be disciplined. N.H. then transferred to another school.

Judge Matthew Johnson, appointed in 2008 by former Republican Gov. Tim Pawlenty, dissented, and based his opinion in part on the fact that N.H. remains anatomically female.

“This court has held that men and women are not similarly situated for purposes of an equal-protection claim if governmental action legitimately depends on differences in their respective anatomies,” Johnson wrote.

“N.H.’s complaint claim does not state a claim on which relief can be granted because N.H. was not similarly situated in all relevant respects to the cisgender boys in (her) gym class,” he added.

Spokesman for Anoka-Hennepin Schools Jim Skelly said the district is reviewing the decision and will consider its next steps, which include an appeal, a possible settlement or going to trial, the Associated Press reported.

“The district’s top priority is maintaining a learning environment that is safe, secure, and free from discrimination, and its decision will be guided by those values,” Skelly said in a statement.

Both N.H., who replaced her mother as respondent in the suit when she turned 18, and the Minnesota Department of Human Rights lauded the decision.

“I never want any student to experience the discrimination and cruelty I experienced from the adults at my school,” stated N.H. in a statement published by the Minnesota chapter of the American Civil Liberties Union.

“This decision means that schools are now safer and more welcoming for transgender and gender nonconforming students across Minnesota,” said Department of Human Rights Deputy Commissioner Irina Vaynerman in a statement.

However, AFTAH’s LaBarbera has a different view.

“Obviously, this appeals court decision is a travesty of justice that institutionalizes discrimination against biological girls and women, whose privacy and civil rights are violated through school policies that cater to radical transgender ideology,” he told LifeSiteNews in an email.

“Ultimately, this goes to the U.S. Supreme Court, and I hope that LGBTQueer gender ideology won’t win there, although it already has under the Bostock ruling,” added LaBarbera, also the founder of a new organization, Center for Morality.

“But on a deeper level, the danger of anti-scientific court decisions like this is that they ‘normalize’ sex and gender deviance among children,” he said.

“If the highest levels of our legal system reinforce the idea that mere feelings triumph over DNA, biological reality and God’s natural created order, then it will only encourage countless more children to embrace transgender confusion as an identity — which is destructive not only to their developing bodies but their precious souls as well.”

— Article continues below Petition —
PETITION: Urge Governor DeSantis to give parents freedom in school choice
Show Petition Text
1112 have signed the petition.
Let's get to 2500!
Thank you for signing this petition!
Add your signature:
Show Petition Text