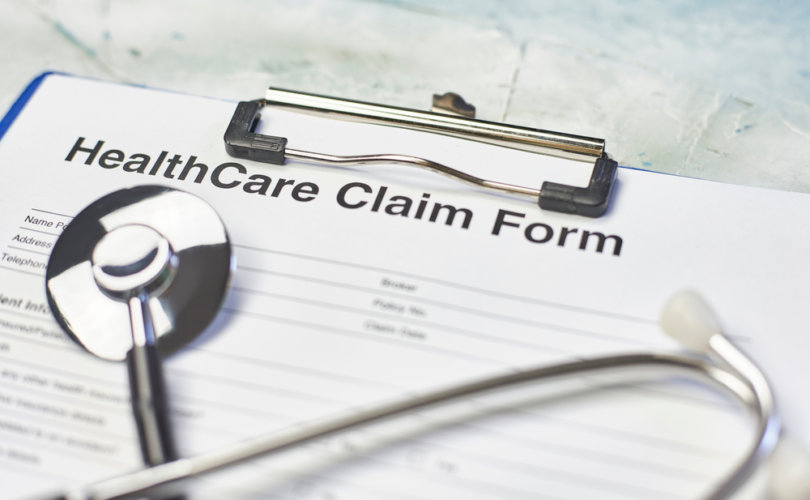 ALBANY, New York, July 6, 2020 (LifeSiteNews) – The Catholic Diocese of Albany has lost an appeals challenge to a 2017 New York regulation that mandates health insurance providers to cover the cost of  “medically necessary” abortions. The diocese had argued that the 2017 mandate has “moral and religious freedom issues” and despite losing, vows to continue fighting the regulation.

The ruling stated: “In essence, (the diocese) position boils down to the argument that, based upon their religious beliefs, there is a fundamental difference between prescribing contraceptives and performing an abortion procedure.  The crux of (the state’s) argument is that there is no substantive difference between an abortion and any other medically necessary procedure. Neither argument proves particularly satisfying.”

The Diocese of Albany appeal said that the state mandating insurers to pay for “medically necessary” abortions, violated their First Amendment protections for freedom of religion and speech.

In 2019, the Diocese of Albany along with other pro-life groups sued the state Division of Financial Services (DFS), along with its former acting superintendent, Maria Vullo, and insurance companies.

They lost, but quickly appealed the 2019 ruling, which was struck down July 2.

LifeSiteNews reached out to the Diocese of Albany to ask them for a comment about losing the appeal.

Mary DeTurris Poust, Director of Communications for the diocese responded to LifeSiteNews saying that they are not happy with the court’s decision.

“This case involves profound constitutional, moral, and religious freedom issues and will be addressed on appeal.”

The 2019 lawsuit by the Diocese of Albany alleged that Vullo and the DFS  exceeded their “statutory authority” for the 2017 anti-life mandate by New York Gov. Andrew Cuomo.

That mandate effectively forced health insurers to provide access for “abortion services that are medically necessary without co-pays, coinsurance, or deductibles (unless the plan is a high deductible plan).”

Cuomo’s 2017 mandate also required “coverage for all contraceptive drugs and devices and cover at least one form of contraception.”

The Diocese of Albany lawsuit said the DFS’s regulation had an “abortion mandate” which would force them to provide coverage for abortions that were put in the category of “medically necessary.”

In the January 2019 ruling, Justice Richard McNally said, “insurance policies that provide hospital, surgical, or medical expense coverage delivered or issued for delivery in this state shall not exclude coverage for medically necessary abortions.”

A January 2019 Times Union report noted that the Diocese of Albany filed the appeal to the regulation “due to the critical constitutional and statutory issues surrounding the abortion mandate,” according to DeTurris Poust.

New York state law requires that abortion be covered under health insurance, and “health insurance policies are barred from not covering or limiting or excluding coverage based on the type of illness, accident, treatment of a medical condition,” the judge added in his 2019 ruling.

The state of New York has some of the most aggressive pro-abortion laws in the U.S.

Cuomo, who claims to be a Catholic, last year codified into law the “Reproductive Health Act” (RHA), which gives a woman the “right” to have access to a third-trimester abortion.

The signing of the extreme abortion law had some Catholic church leaders call for Cuomo to be excommunicated.

The Bishops of New York together released a statement that expressed their “sorrow” that Cuomo had indeed signed the RHA into law.