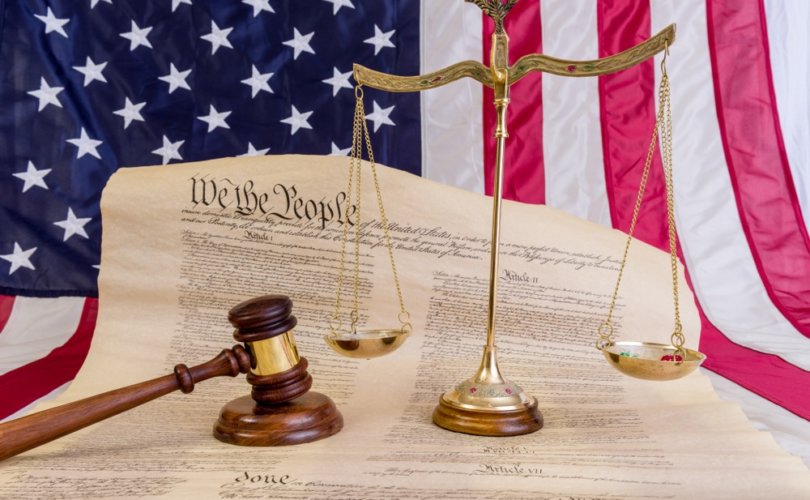 INDIANAPOLIS (LifeSiteNews) — A U.S. appeals court last week upheld the right of religious schools to fire teachers whose lifestyles conflict with the moral values of the institution, handing down a resounding win for religious freedom.

In a July 28 decision, the U.S. Court of Appeals for the Seventh Circuit ruled in favor of Roncalli High School and the Roman Catholic Archdiocese of Indianapolis, upholding an earlier ruling declaring the school was within its rights to fire high school guidance counselor Lynn Starkey, who was engaged in a same-sex relationship in violation of both her contract and Catholic moral teaching.

The Seventh Circuit has protected the freedom of religious schools to choose leaders who will uphold their core religious teachings. More on the appellate court decision in Starkey v. Roncalli High School and Archdiocese of Indianapolis below. https://t.co/b2ZliLUsie

According to the legal filing, Starkey had been employed at Roncalli High School for over 40 years, holding a variety of roles, including assistant band and choral director, New Testament teacher, certified catechist, guidance counselor, and ultimately co-director of guidance.

The filing also stated that Starkey “is not a practicing Catholic” but nonetheless “attended monthly school Masses, during which she received Communion and sang with the congregation.”

In August 2018, according to the document, Starkey informed Roncalli’s leadership that she was in a same-sex union, in violation of the expectations laid out in her year-to-year employment contract.

— Article continues below Petition —
Parents' Pledge: We will pull our children out of explicit sex-ed classes
Show Petition Text
4686 have signed the petition.
Let's get to 5000!
Thank you for signing this petition!
Add your signature:
Show Petition Text

Roncalli’s employment agreement prohibits employees from engaging in “any personal conduct or lifestyle at variance with the policies of the Archdiocese or the moral or religious teachings of the Roman Catholic Church.” Under the contract, employees who engage in “[c]ohabitation (living together) without being legally married” would be subject to having their employment suspended or terminated.

In addition, Starkey’s “School Guidance Counselor Ministry” contract signed in May 2018 had further stipulated that employees would be “in default” if they engaged in a union “contrary to a valid marriage as seen through the eyes of the Catholic Church.” Catholic teaching clearly defines marriage as being between one man and one woman.

After learning of Starkey’s same-sex union in violation of her contract, Roncalli High School opted not to renew her employment for the upcoming school year.

Starkey responded by filing a complaint against Roncalli and the Archdiocese in July 2019, alleging they had violated her civil rights. Last year, a federal court ruled that the Archdiocese was within its rights to fire Starkey.

In its July 28, 2022 decision, the U.S. Court of Appeals for the Seventh Circuit upheld the lower court’s ruling, holding that the “ministerial exception” to the First Amendment applied in the case, giving the school the right to hire or fire teachers without government interference.

The “ministerial exception” has been a mainstay in American judicial thought, and was most recently reaffirmed in the unanimous 2012 U.S. Supreme Court decision EEOC v. Hosanna-Tabor Evangelical Lutheran Church and School.

In its ruling regarding the “ministerial exception” in the case of Roncalli High School and Starkey, the Court agreed with a lower court’s earlier ruling, declaring that “Lynn Starkey was a minister under the exception” because Roncalli “expressly entrusted” her with ‘the responsibility of communicating the Catholic faith to students’ and guiding the religious mission of the school.”

Becket Law, the nonprofit religious liberty law firm that had acted as counsel in the lawsuit, wrote that the court had “awarded complete victory to the Catholic school, concluding that Catholic schools must be free to choose who will teach and model the faith to the next generation.”

The legal victory is among a string of major triumphs for religious liberty in the United States after the U.S. Supreme Court handed down a series of critical First Amendment wins over the past several months.

In May, the Supreme Court ruled unanimously that Boston had violated the First Amendment by refusing to allow the flying a Christian flag in front of city hall as part of its flag-raising program.

In June, just days before its landmark ruling overturning decades of federal legal protections for abortion, the nation’s highest court ruled 6-3 that a Maine law prohibiting parents from using taxpayer-funded school choice dollars to send their children to religious institutions was unconstitutional.

Days later, the Court ruled 6-3 in favor of Joseph Kennedy, a high school football coach who was fired by Washington’s Bremerton School District in 2015 after he silently prayed on a school field after a football game.