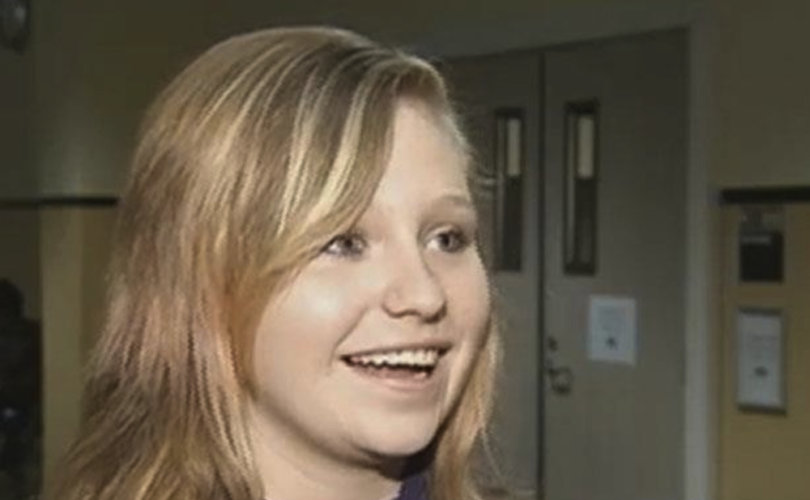 Gay-Straight Alliances, or GSAs, are school-based LGBTQ clubs to encourage homosexual students in their chosen lifestyle. These groups are intended to provide a “safe place” for gay-identifying students to talk and share.

The Eleventh Circuit Court of Appeals found in favor of the American Civil Liberties Union (ACLU), which brought the lawsuit in 2013 on behalf of former Carver Middle School student Bayli Silberstein. As a seventh grader, the self-described bisexual asked school officials to start a GSA club in 2011. The Lake County School Board refused to allow her to use middle school property for a homosexual club.

After Silberstein went on to high school, another Carver child, Hannah Faughnan, took over the ACLU's legal fight. The case was further complicated by a school board decision that student groups had to promote school curriculum, or teach critical thinking, or impart other skills in order to use school property.

U.S. District Judge William Terrell Hodges dismissed the lawsuit in 2015, ruling that the Equal Access Act says public high schools (“secondary schools”) must allow student groups to use school property, but Carver Middle School is a school for younger children. Judge Hodges also noted that Faughnan was given a second chance to demonstrate the new qualifications but did not.

In the end, the ACLU lawsuit turned on a technicality. The Equal Access Act applies to “secondary schools,” but the Eleventh Circuit's three judges decided to count Carver Middle School as “secondary” because it offers an algebra class for high school credit.

Significantly, Judge William Pryor wrote an opinion on the case that favored LGBTQ accommodation. Judge Pryor is considered a frontrunner for President-elect Donald Trump’s first appointment to the U.S. Supreme Court, according to the Daily Caller.

If Pryor is indeed nominated for the Supreme Court, he could favor homosexual “rights.”  In 2011, before the Obama administration decreed that Title IX discrimination law applied to transgenders, Pryor ruled along with his peers that the Equal Protection Clause enforces transgender “discrimination.”

Observers note that Judge Pryor has a reputation as a conservative, and in 2003 wrote an amicus brief supporting Texas' anti-sodomy law (Lawrence v Texas).

To get an idea of the vision and purpose for GSAs, the movement's website, www.gaystraightalliance.org, explains:

“The fascists do not want you to talk … they want to silence you just as they used lies, deception, and fearmongering to violate human rights in many states; the fascists did the same thing in Nazi Germany and they are doing it in the Russian Federation. They do not want you talking about your gay friends or family members. … Such administrators and trustees abusing children in this manner are corrupt, should not be allowed around students and should be removed from their post.”

Since their inception in 1989, GSAs have grown to more than 4,000 homosexual clubs in about one in 10 U.S. high schools. From a moral viewpoint, GSAs self-describe as embracing the concept that all forms of consensual sex are legitimate.

“This upsurge in the numbers and organization of GSAs has been the direct result of the vocal advocacy and strong support provided by the ACLU,” author André P. Grace explains, which “has made it a mission to intervene on behalf of any student who has been denied the right to form a GSA, denied attendance with a same-sex date at a graduation prom, or limited in exercising their right to pro-gay speech.”