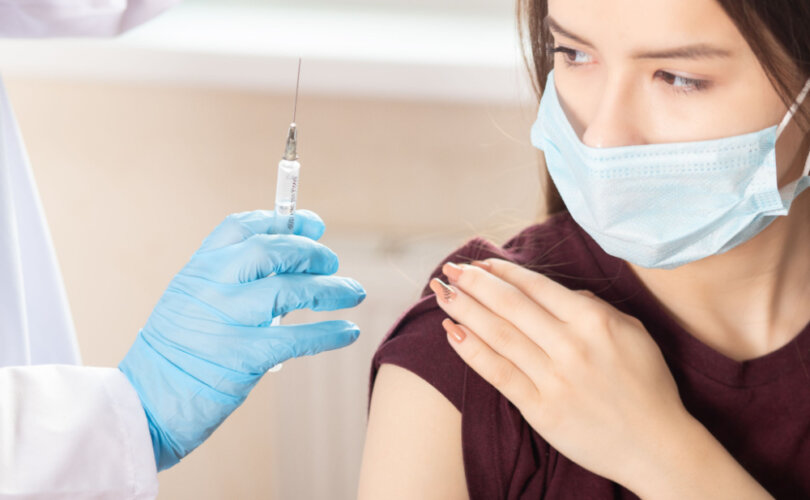 A three-judge panel from the court released its opinion Tuesday, concurring with a previous ruling made in December. According to Tuesday’s ruling, a San Diego Unified School District mandate “unlawfully seeks to usurp that authority (of the state legislature).”

“In sum, then, we reject the District’s primary contention that the Legislature left the door open for local school districts to require student vaccination for COVID-19 as a condition to attending in-person class,” the ruling continued.

The ruling also criticized the district’s decision to enroll unjabbed students into independent study as opposed to in-person learning. According to the ruling, “(The district) makes the strained argument that the Roadmap does not actually mandate students be vaccinated for COVID-19. Rather, it gives them the choice to either do so or be enrolled in independent study.”

“We doubt that students and their parents perceive a real choice. For some, independent study would likely be a step backwards,” the ruling continued. Other arguments San Diego schools used in favor of its mandate were that the district has a responsibility to keep students “safe and healthy,” and that the district creates programs based on local need.

Let Them Choose, a California-based organization that organizes against COVID-19 jab mandates on behalf of partner group Let Them Breathe, filed a lawsuit against the district last year in response to a “vaccine roadmap” that imposed the mandate on students 16 and up for in-person learning and for extracurricular activities.

Unjabbed students would have to do independent study starting in January 2022, according to the mandate. While students were allowed exemptions for medical reasons, they were not based on personal beliefs, whereas California law allows for medical and personal beliefs exemptions to its 10 mandated vaccines to attend California schools. The lawsuit alleged that the San Diego Unified School District was violating a student’s right to in-person education by illegally imposing a jab mandate.

Judge John Meyer ruled in favor of Let Them Choose in December, ruling that the district usurped powers belonging to the California legislature and the state Department of Public Health (DPH).

“The statutory scheme leaves no room for each of the over 1,000 individual school districts to impose a patchwork of additional vaccine mandates, including those like the Roadmap that lack a personal belief exemption and therefore are even stricter than what the DPH could itself impose upon learned consideration,” Meyer wrote. “SDUSD’s attempt to impose an additional vaccine mandate and force students (both new and current) who defy it into non-classroom-based independent study directly conflicts with state law.”

Meyer again ruled against San Diego schools in January 2022 after the district attempted to mandate the jab for extracurricular activities and athletics while appealing the decision he made the month before.

In a statement released to LifeSiteNews by Let Them Breathe founder Sharon McKeeman, she said, “It was very validating to hear the appellate court justices echo our concern over the chaos that school districts arbitrarily mandating new vaccines would cause and outline the appropriate avenue for amending and adhering to requirements set forth by the Legislature.”

Lee Andelin, attorney for Let Them Breathe, also said, “This is a great win for children and the rule of law and ensures consistency statewide. The published opinion applies to all California school districts and sets important precedent to protect access to education.”

The San Diego Unified School District postponed its jab mandate to July 2023 in order to align the district with California’s mandate timeline. California postponed a mandate for the COVID jab for all students in April. The mandate is set to be in place next year. SDUSD also says that the delay is set to allow for Federal Drug Administration (FDA) approval of wider eligibility for the jab and because of their waning effectiveness, according to its website.

Mike Murad, a spokesman for the district, told the La Jolla Light that the district is examining the ruling and “will consider its next steps.”

The jabs have been linked to serious side effects. Sweden recently recommended people under 30 not receive Novavax’s COVID-19 vaccine until after a full understanding of the jab’s link to myocarditis and pericarditis is reached. Meanwhile, in the United States, the FDA included a warning that clinical trial data provide evidence for increased risks of myocarditis and pericarditis after administration of Novavax COVID-19 vaccine, but still provided emergency use authorization for the shot anyway.

A study from earlier this year also linked the Pfizer jab to an increased risk of cardiac problems. The study, released as a preprint that has not yet been peer reviewed, examined 301 Thai students between ages 13 and 18 and found that 29.24% of participants experienced cardiovascular issues after receiving their second dose of the Pfizer jab.

Dr. Paul Elias Alexander, a former Trump administration COVID official, recently called for the cessation of giving children COVID shots, arguing that they have a statistically zero percent chance of severe illness and death from COVID, and that the shots will damage children’s immune systems. In June, the American Pediatric Association reported that just 0.00%-0.02% of child COVID cases in the United States had resulted in death.

The school district has yet to respond to LifeSiteNews’ request for comment.