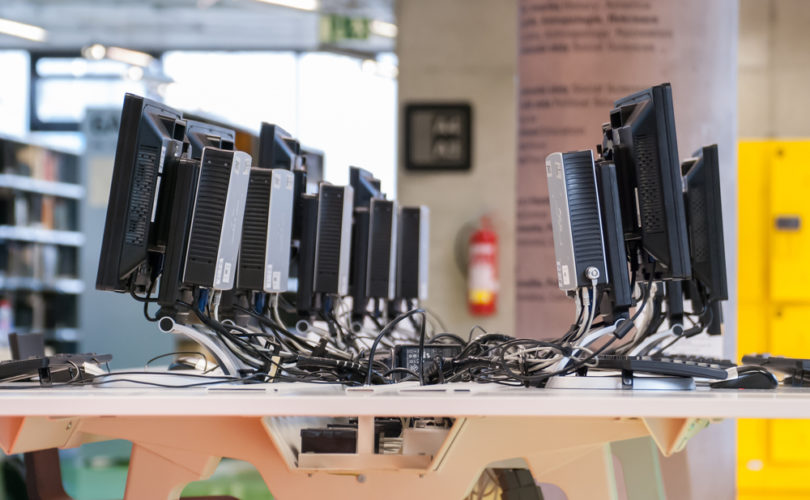 EAU CLAIRE, Wisconsin, February 5, 2016 (LifeSiteNews) – A student in a university library decided that pornography would be a fine subject of study for the location.

As a result, an appellate court ruled that watching pornography in public is not a constitutional right.

In December 2014, a University of Wisconsin-Eau Claire student was watching pornography in McIntyre Library on campus. Students near him were trying to study. Many students complained about the disrupting behavior, and the offending student was cited for disorderly conduct. Eventually he was found guilty and fined $295.

Last week, the Third District Court of Appeals upheld the offender's conviction for disorderly conduct, stating, “The state need not prove that an actual disturbance resulted from [the student's] conduct, only that the conduct was of a type that tended to cause or provoke a disturbance.  [The student] does not contest the findings of his having committed disorderly conduct.  Rather, he [asserts] his conduct was protected by the First Amendment.”

The court also declared that Supreme Court decisions regarding pornography do not establish “a First Amendment right to view pornography in a public library or any other public place.”

“While [disorderly conduct] laws may have the incidental effect of limiting certain speech,” the appeals judge explained, “it has long been recognized that there is a valid countervailing interest in preserving public order.”

The court said that the offending student's “public viewing of pornography at the library was indecent or otherwise disorderly and that it tended to provoke a disturbance.”

John Pollitz, director of libraries for the university, told The Christian Post that the school agrees, because “our students have a right to study in a comfortable, non-threatening environment.”

Haley Halverson of the National Center on Sexual Exploitation believes that the appeals court decision has broader implications. “The appeals court in this case was correct to recognize that the First Amendment does not apply to obscenity, or hardcore pornography,” she told LifeSiteNews. “The First Amendment was intended to protect ideas and debate, not obscene material.”

Halverson said, “Many people do not realize that the distribution of obscenity through the internet, cable or satellite TVs, hotel or motel TVs, in retail shops, or through the mail is actually a violation of federal obscenity laws.”

Halverson went on to criticize the Obama administration for supporting pornography by looking the other way. “The Department of Justice has failed to enforce existing obscenity laws for the last seven years, which is why the DOJ is being placed on the National Center on Sexual Exploitation's annual Dirty Dozen list.”

“The 2016 Dirty Dozen list, which will be released in full on February 23, names twelve mainstream contributors to sexual exploitation.”

Under pressure in part by the National Center on Sexual Exploitation, the international Hilton Hotel chain decided to eliminate all specifically adult films from its on-demand offerings in October. Hyatt Hotel Corporation changed its policy in August, removing all on-demand pornography from its guestrooms worldwide.